Spectators barred from F1 Bahrain Grand Prix due to coronavirus 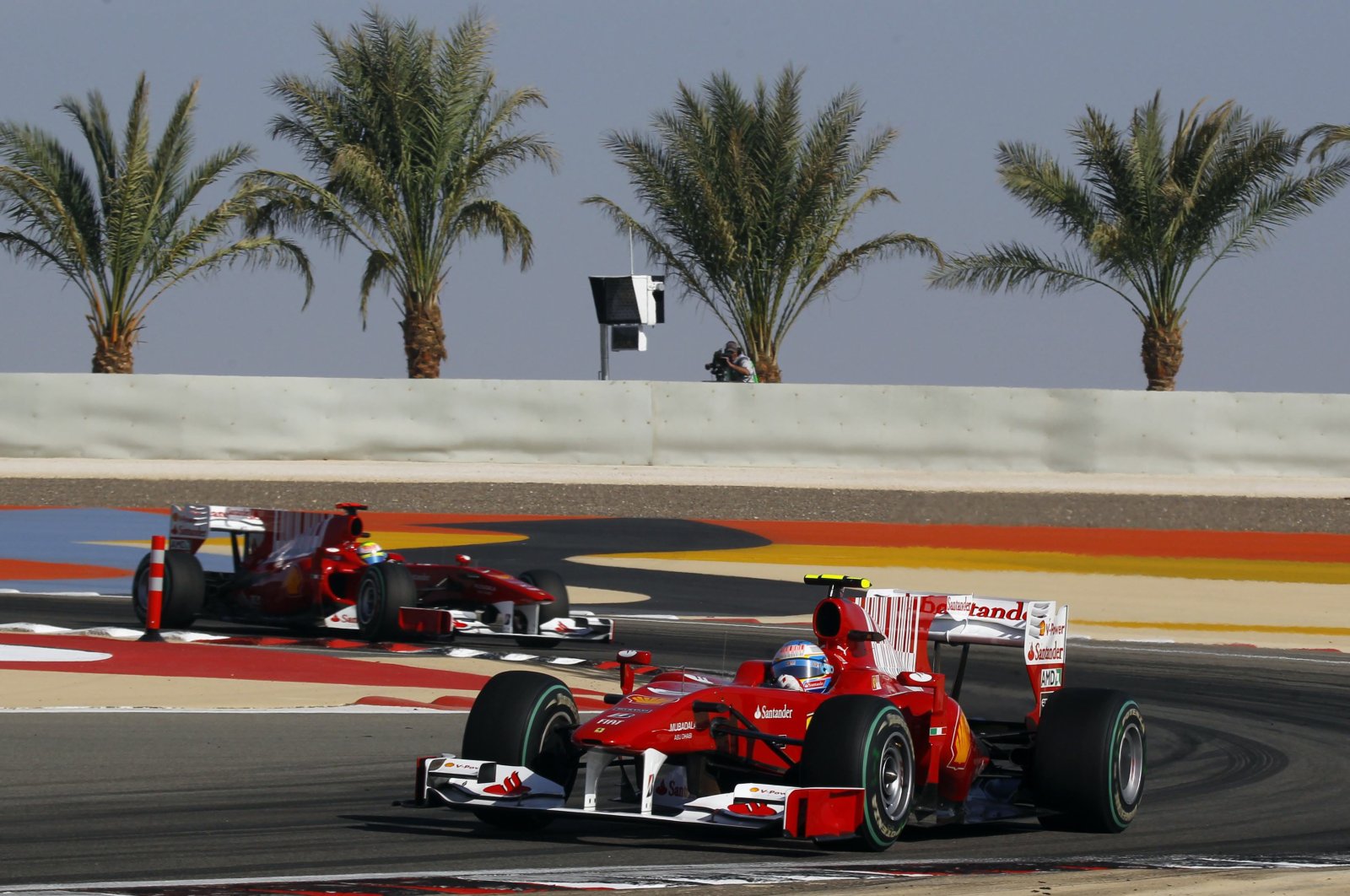 Ferrari Formula One driver Fernando Alonso of Spain leads teammate Felipe Massa of Brazil during the Bahrain F1 Grand Prix at Sakhir circuit in Manama March 14, 2010. (Reuters File Photo)
by Compiled from Wire Services Mar 08, 2020 11:38 am
Edited By Can Kazancıoğlu

Bahrain's Formula One Grand Prix scheduled for March 20-22 will be held without spectators, the Gulf nation announced Sunday in the latest sporting event to be hit by measures to contain the new coronavirus

Bahrain's Formula One race this month will be run without spectators over fears about the new coronavirus, the island kingdom announced Sunday.

Bahrain’s Crown Prince Salman bin Hamad's announcement was carried by the state-run Bahrain News Agency. The crown prince said the decision was “to preserve the safety of citizens, residents and racing fans.” The race is scheduled for March 22.

"As an F1 host nation, balancing the welfare of supporters and race goers is a tremendous responsibility," Bahrain International Circuit said in a statement. “Given the continued spread of COVID-19 globally, convening a major sporting event, which is open to the public and allows thousands of international travelers and local fans to interact in close proximity would not be the right thing to do at the present time.”

"But to ensure that neither the sport, nor its global supporter base, is unduly impacted, the race weekend itself will still go ahead as a televised event."

Bahrain, an island nation off the coast of Saudi Arabia in the Persian Gulf, has so far reported 79 confirmed cases of the new coronavirus. The kingdom has drastically cut air travel and urged residents who recently traveled from Iran to get tested, warning that those who don't could face prosecution.

The decision to run the race with participants only was a major decision for Bahrain. It previously canceled its 2011 race over the Arab Spring protests but held the race in 2012 with fans in attendance.

Bahrain has shut schools and axed some flights in order to curb the spread of coronavirus. It has also asked all those who traveled to Iran to come forward and be tested, and for visitors from high-risk countries to self-quarantine for two weeks.

Organizers had earlier suspended ticket sales as they assessed how many spectators would be allowed to attend the race. The Grand Prix, Bahrain's biggest global sporting event, reported a record three-day crowd of 97,000 in 2019, with 34,000 in attendance on Sunday.

The Bahrain Grand Prix is one of two F1 races held in the Gulf, with Abu Dhabi hosting the closing race in November.

The International Automobile Federation (FIA) said Friday it had created a "crisis cell" to meet every two days to monitor the rapidly increasing global threat posed by the deadly coronavirus as motorsport reels from several canceled events.

The Chinese F1 Grand Prix, which was set for April 19 in Shanghai, was canceled as was the March 21 Formula E race slated for Sanya on the Chinese island of Hainan.

The Shanghai race, the fourth of the new season, was easily the most high-profile sporting event to fall victim to the virus outbreak at the time.

In motorcycling, the season-opening Qatar MotoGP, set for Sunday, and the Thailand MotoGP have also been scratched. The Thai race has, however, been rescheduled for Oct. 4.

The Formula E race in Rome which was due to be held on April 4 was one of the events that were nixed due to the virus as well.