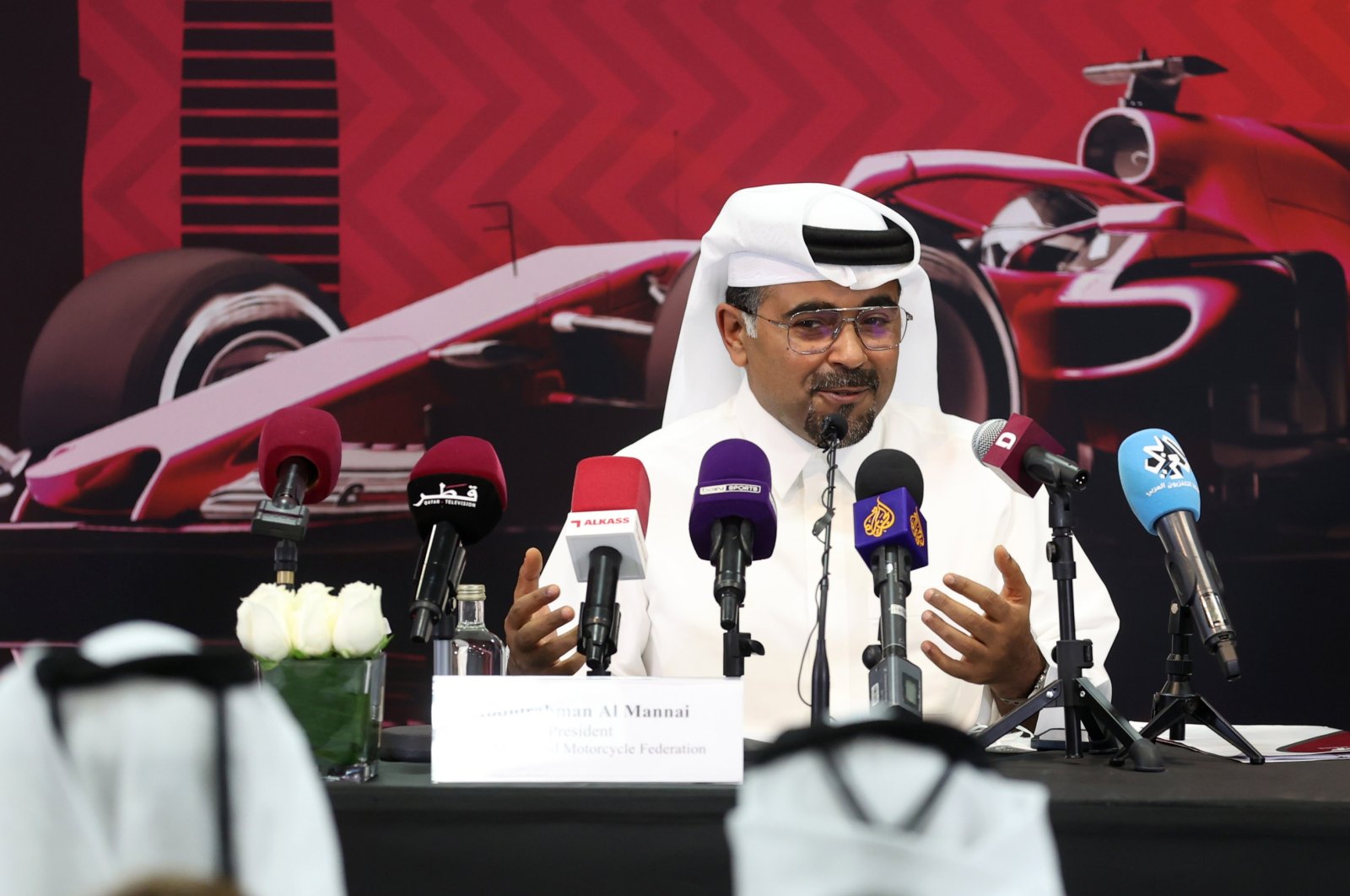 The resource-rich state will become the Gulf's latest F1 host after joining the circuit as a last-minute replacement for the Australian Grand Prix, which was postponed and then canceled over coronavirus restrictions.

By a "fortunate coincidence" the race falls on Nov. 21, exactly a year before the country holds the opening game of the 2022 FIFA World Cup, said Qatar Motor and Motorcycle Federation President Abdulrahman al-Mannai.

"I think we will see some nice surprises during the weekend of the Formula One," he added, without elaborating.

Formula One drivers will be free to "speak their minds" on controversial issues, al-Mannai said.

"We are happy to support the drivers to speak their minds on their platforms," he said. "We don't see it as an issue in Qatar because they're free to say whatever they want to say."

The night event at the Losail International Circuit will be the first of three Gulf races to close the season, preceding Saudi Arabia's debut Grand Prix and the year's finale at Abu Dhabi. Bahrain is also an F1 host.

Given the short time frame, Qatar is working overtime to prepare even though Losail, a long-time MotoGP venue, needs only "cosmetic changes" to accommodate F1.

"Of course we're expecting it to be full because ever since we announced the Formula One the demand has been off the charts," al-Mannai said.

"The current procedures within Qatar allow us to have 100% capacity as long as individuals are vaccinated or they have proof that they have the COVID-19 antibodies," he added.

Stepping in at short notice

The Gulf state has significantly improved conditions for foreign workers by removing rules that barred workers from changing employers, scrapping exit permit requirements and introducing a minimum wage of $1.30 an hour.

The November race will be the start of a long F1 relationship with Qatar, as it has also signed a 10-year deal starting in 2023.

"We stepped in at short notice, we wanted to help, but at the same time, we also wanted to have a long-term relationship with Formula One," al-Mannai said.

"Having several rounds in the region is a fantastic opportunity – especially for younger people who love motorsports," he added.

"And having several rounds in the region is a way to inspire young people to get into the sport and practice it."

Like other races in the largely alcohol-free region, there will be no champagne on the podium.

"We have our own values and culture, and we respect the culture of others," al-Mannai said. "We will not use champagne or alcohol during the podium but will use an alternative to celebrate the podium for the drivers."