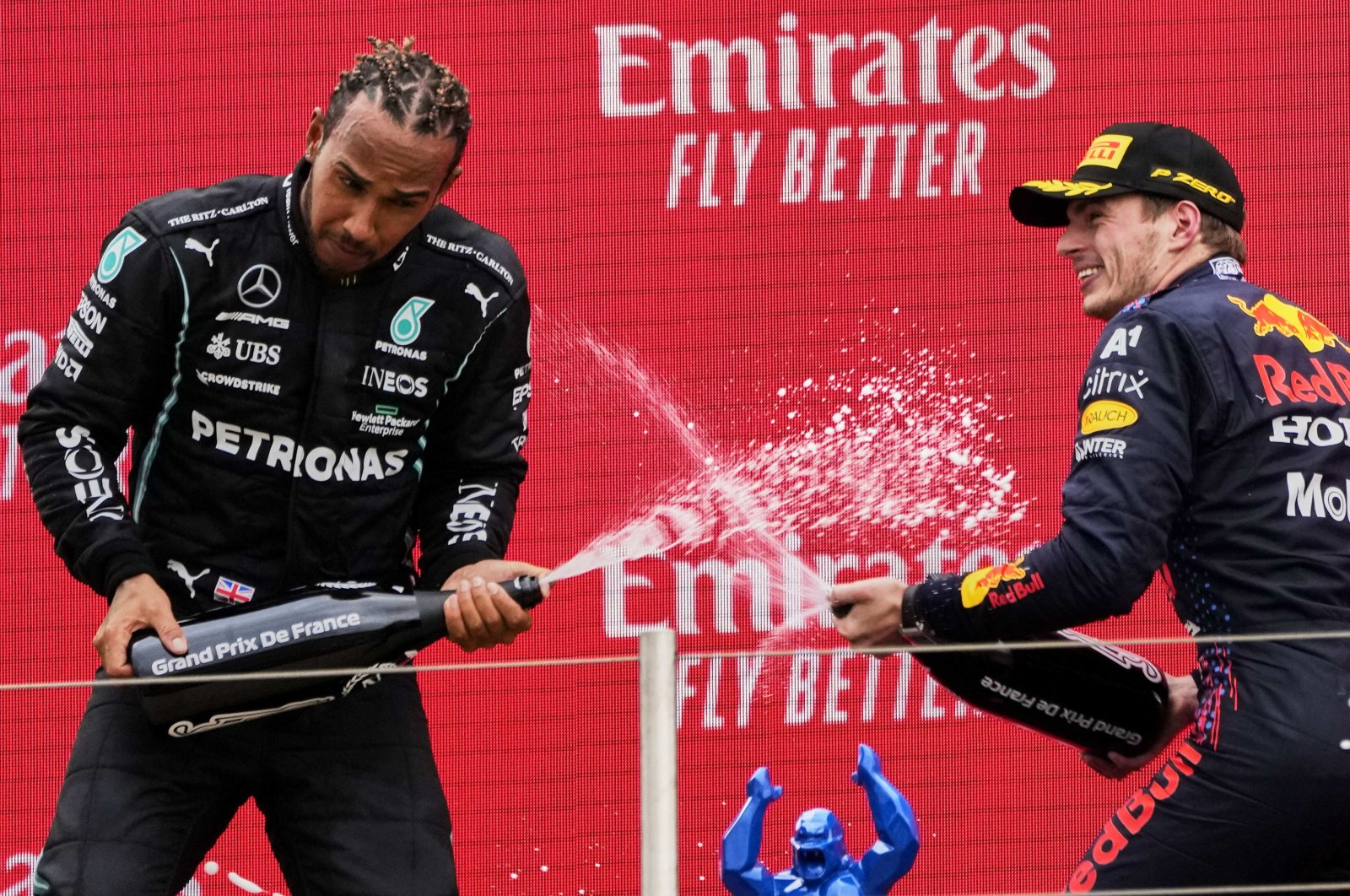 Red Bull's flying Dutchman Max Verstappen will be mulling to stage a comeback at the Belgian Grand Prix and catch up with world champion Lewis Hamilton, who will be pumped up for a 100th career win.

Verstappen will seek to exert a degree of home advantage by beating Hamilton to revive his title bid as Formula One returns from a mid-season summer break.

The Belgium-born Dutchman saw a comfortable 33-point lead turned into an eight-point deficit at the British and Hungarian Grands Prix last month before the annual shutdown.

He knows he needs to bounce back strongly in the next two events in front of his fervent "orange army" of fans.

After the controversies of Silverstone and Budapest, the 23-year-old Hasselt-born Red Bull driver also needs an uneventful contest to regain consistency following opening lap collisions in his last two outings.

"I am excited to go back to Spa," he said. "It's my favorite track and it's really cool to drive with so many high-speed corners and elevation changes.

"It's a good place to reset our championship fight and I am well prepared and feeling good ahead of this race weekend. I'm looking forward to seeing all the fans and all the orange in the grandstands!"

Verstappen will need a change of luck, too, as he has not won at the sweeping and majestic circuit set in the Ardennes forests and has never finished higher than third.

This weekend, Hamilton will again be seeking to claim a landmark 100th career victory and his fifth this year as Mercedes bid to resist Red Bull's challenge for their titles.

For both men, it will be another torrid test of temperament as well as power and speed as they go immediately from Belgium to Verstappen's other home event, the return of the Dutch Grand Prix at Zandvoort, the following weekend and then, without a break, to Monza for the Italian Grand Prix.

Attendance at Spa-Francorchamps is set to be capped at 75,000 per day due to the COVID-19 pandemic with most fans expecting more of the spectacular and competitive racing that was seen in Britain in Hungary, leading to a war of words between the Mercedes and Red Bull teams.

"We are in a good position, leading both championships and our car is in a better place thanks to the recent upgrades," said Mercedes team chief Toto Wolff.

"But we are expecting a very tough weekend."

Asked about the heated rivalry with Red Bull and team boss Christian Horner, Wolff said he and Mercedes had tried to keep things calm, but suggested it was not that way for Red Bull

"In the war of words, we have tried to maintain our cool, stay level-headed and not fuel controversy and polarization among our fans.

"Our aim was always to de-escalate, but unfortunately the opposite happens on the other side."

He stressed that the animosity came from clashes between individuals and that the two teams retained respect for each other.

"There is always respect for these organizations and for the people in them," he said.

Both Mercedes and Red Bull could face strong competition this weekend from Ferrari and McLaren as the second half of the season begins in earnest.

McLaren's Daniel Ricciardo will start his 200th Grand Prix at the spectacular and high-speed circuit, where 30 years ago seven-time champion Michael Schumacher, later to become a Ferrari legend, made his F1 debut with Jordan.