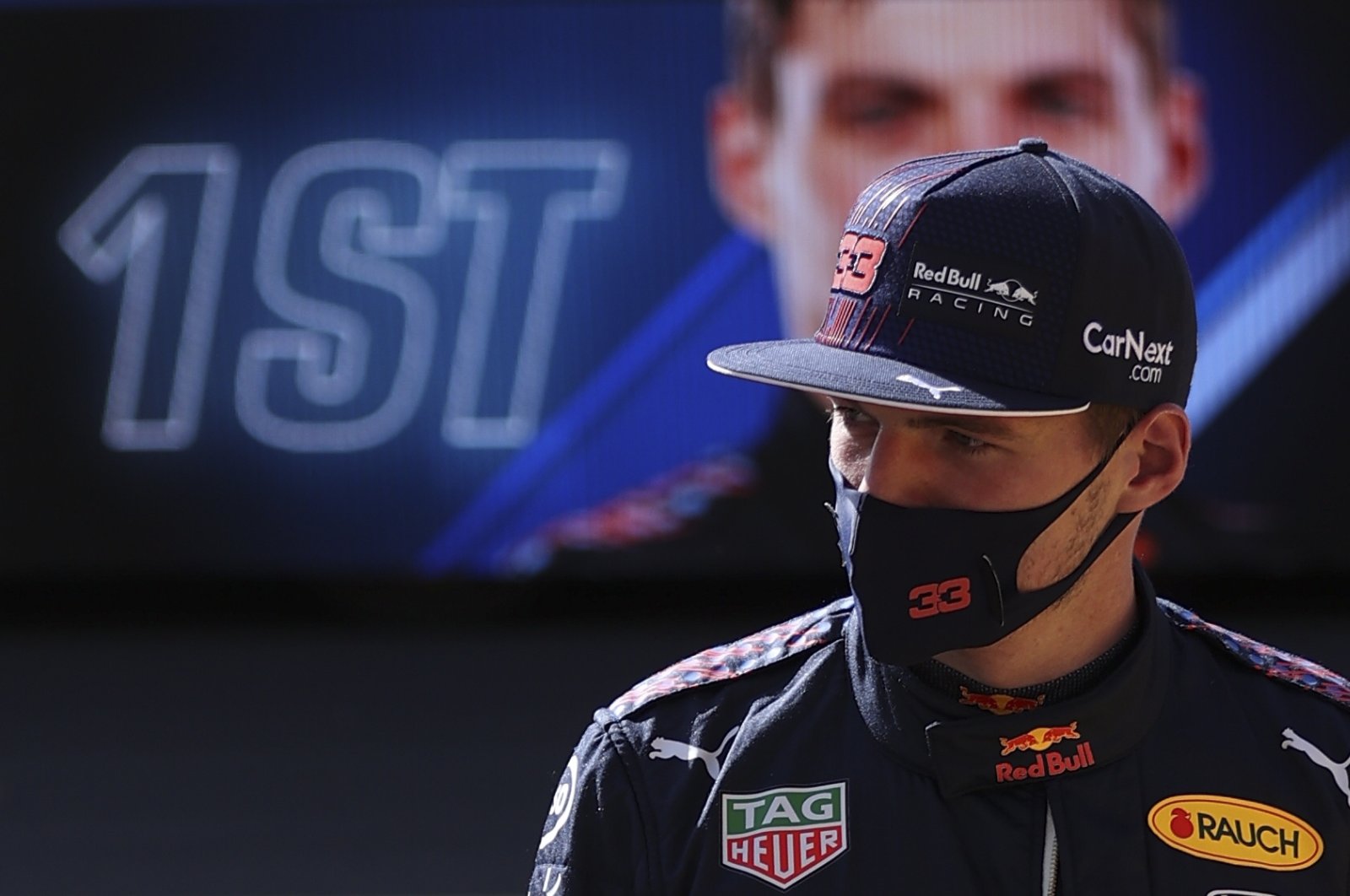 Red Bull's flying Dutchman, however, admitted it had been a "strange" experience.

He finished the 100-kilometer dash around Silverstone ahead of defending world champion Lewis Hamilton with Valtteri Bottas in the second Mercedes in third place.

Verstappen now has a 33-point lead over seven-time champion Hamilton who is hoping to capture an eighth British Grand Prix triumph Sunday.

"We were pushing each other hard as the tires were blistering a lot," said Verstappen who collected three points for his win after seeing off his rival by 1.4 seconds.

Hamilton took two and Bottas one.

"When I crossed the line after this race and I was told: 'Good job, you have pole position.' It was a bit strange," added the Dutch star as he reflected on the new format.

"What was great is that you start with less fuel, so the cars are faster and a little more lively" to complete the 17 laps rather than the 52 they will have to cover for the "real" race.

Hamilton started the 17-lap sprint at the front of the grid having topped qualifying on Friday but was immediately passed by Verstappen.

He admitted he will face a battle to secure a 99th career win in front of around 90,000 fans.

"It's nice for the fans to have more races," said Hamilton who believes the weekend racing schedule needs a rethink.

He wants to see action only on Saturdays and Sundays.

"Removing one day – 23 days over the season of driving less which, obviously, would be better in ecological terms," he said.

On Saturday's sprint, in particular, he added: "It was pretty much the same as the last races – you had to follow Max."

"We tried to do something different and the target was to try and get Verstappen in the first lap. It didn't happen," said the Finn.

"Today shows that tomorrow is not going to be easy. If it's going to be a bit warmer, then we might see more issues.

The rest of the top 10 was made up of Charles Leclerc in a Ferrari in fourth, Britain's Lando Norris, in a McLaren, in fifth, and teammate Daniel Ricciardo just behind.

Two-time champion Fernando Alonso, behind the wheel of an Alpine, shrugged off his 39 years to climb to seventh on the grid.

He had moved from 11th to fifth at one stage.

"I liked the sprint format. It's good to have some action all three days, for the fans," said Alonso.

Behind him are four-time world champion Sebastian Vettel in the Aston Martin, Williams' George Russell and Esteban Ocon in the second Alpine.

Russell, however, was later demoted three places on the grid for an opening lap clash with Sainz.

In stark contrast to Verstappen's performance, Red Bull teammate Sergio Perez had an afternoon to forget.

The Mexican, who missed the 2020 British Grand Prix after contracting COVID-19, had started in fifth place but then spun off the track at the midway stage.

He will have to start Sunday's race from the back of the grid.

"I became a passenger very early on. That meant that I lost the car and did a lot of damage to my race," he said.

"I'm very sorry for the team. Been a very low day from my side, but tomorrow is a new day and I look forward to it."

Saturday's sprint qualifying race was the first of three planned for this year.

Another will follow at the Italian Grand Prix in September with the third venue still to be confirmed.