Yamaha says no replacement for Rossi in Teruel Moto GP 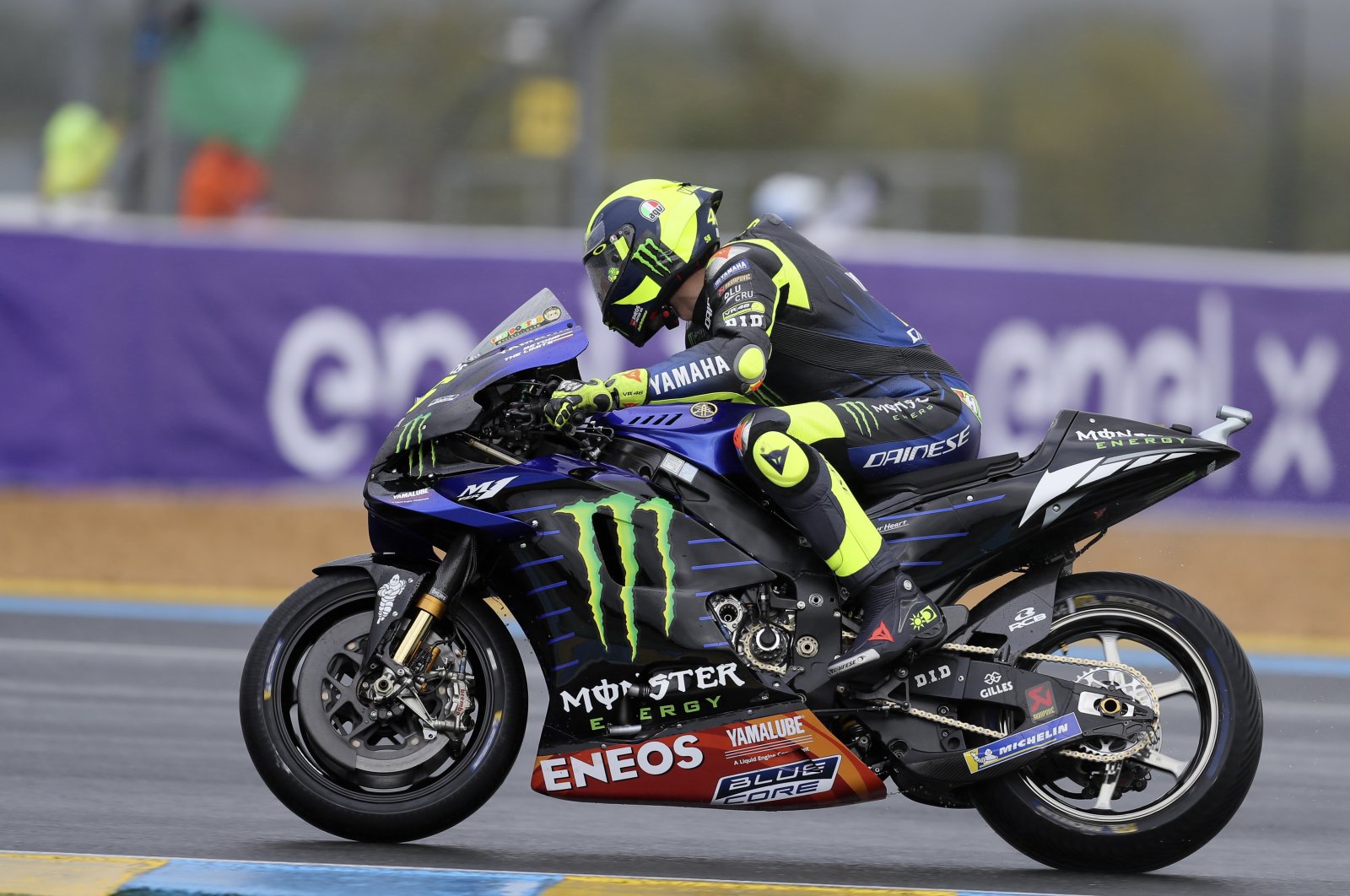 Valentino Rossi has been ruled out of next weekend's MotoGP Teruel Grand Prix and Yamaha will not enter a replacement rider for the nine-time world champion, who is self-isolating after testing positive for COVID-19, the team said Sunday.

Rossi traveled back to his home in Tavullia, Italy, after last weekend's French Grand Prix and confirmed on Thursday that he had contracted COVID-19, ruling him out of Sunday's Aragon Grand Prix.

Yamaha said Rossi had to self-isolate for 10 days from the date he tested positive as per guidelines in Italy, meaning he also would not be ready for the Oct. 25 race in Teruel, Spain.

"Yamaha has carefully weighed their options and decided not to enter a replacement rider to substitute for Rossi for the Gran Premio de Teruel," Yamaha said in a statement, ruling out a return for test rider Jorge Lorenzo.

"This decision was based on the high stress that is put on Yamaha's MotoGP project members during this COVID-19 influenced season."

Rossi will have to test negative for COVID-19 before getting back in action and the earliest he can make his MotoGP return will be at the European Grand Prix in Valencia from Nov. 6-8.

Yamaha said they would focus their efforts on supporting Maverick Vinales in the Teruel race and provide a further update on Rossi's condition in the following week.

Rossi, 13th in the championship standings with 58 points, has failed to finish in each of his last three races, crashing out on the first lap of the French Grand Prix.