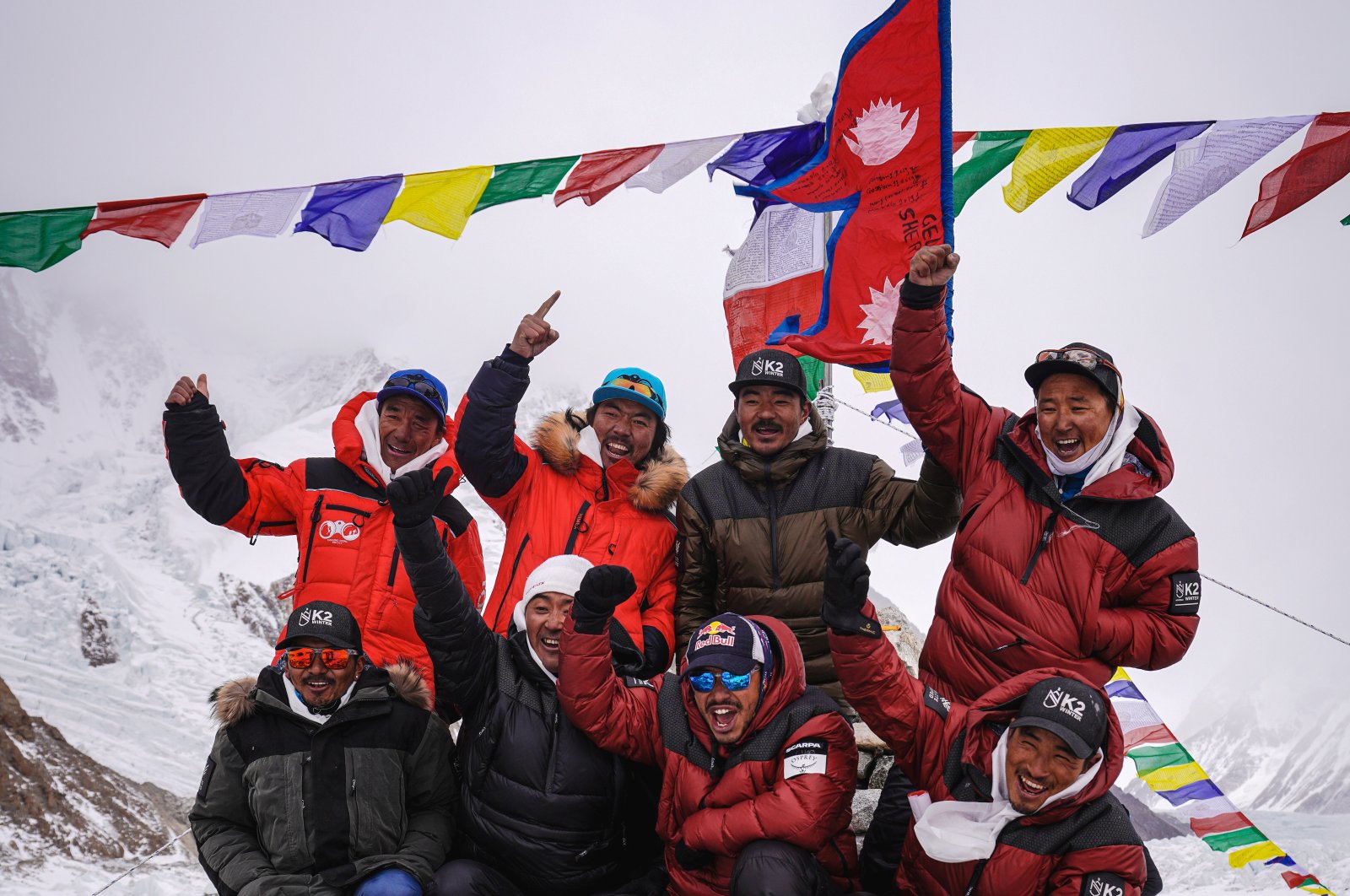 Nepali climbers who made history over the weekend by becoming the first to summit the world's second-highest mountain in winter said Wednesday how they battled hurricane-force winds and freezing temperatures to achieve the record.

The triumphant 10-man team was plucked from the base camp on the 8,611-meter (28,251-foot) K2 – known as the "savage mountain" – by a Pakistan Army helicopter and flown to Shigar Valley, a gateway to the mighty Karakoram range.

Wearing traditional woolen hats and festooned with garlands, the climbers were received as heroes on the first leg of their journey back home.

"This winter we came here with the hope that we were going to make this happen," said Nirmal Purja, one of the leading members of the team and a former Gurkha and British special forces soldier.

"The weather conditions were really, really horrendous, the temperature was up to minus 65 degrees Celsius (minus 85 degrees Fahrenheit) – there were hurricanes (strength winds) but 10 climbers from Nepal managed to make it happen."

One of the climbers told Agence France-Presse (AFP) how he almost missed out on making history, briefly giving up in the tough conditions.

"At camp four I had actually quit, but when I made the radio call ... he didn't answer," Mingma Gyalje, known as Mingma G, who had attempted the record last year, told AFP. "I couldn't leave my team alone like that so when he didn't answer, I decided to try again.

"Normally when someone doesn't answer a call you feel offended but in this case I am thankful."

Despite being famed for their climbing expertise, there has never before been a Nepali climber on a first winter ascent of a peak higher than 8,000 meters.

Nepali guides – usually ethnic Sherpas from the valleys around Mount Everest – are considered the backbone of the climbing industry in the Himalayas for bearing huge risks to carry equipment and food, fix ropes and repairing ladders.

The climbers had been spread across different expeditions at the start but formed a new group in order to claim the summit in Nepal's name on Saturday, singing the national anthem as they reached the top.

"This was not by any means an individual effort – (it was) 10 brothers united like a family, like a brother, and everybody played a really, really important part," said Purja, who in 2019 broke the record for being the fastest person to conquer every mountain on Earth over 8,000 meters, completing the mammoth challenge in just over six months.

"The message from here is, the world is going through a crisis right now – we have COVID-19, and more than that ... global warming.

"I think the message is important, that if we all unite together we can make ... anything possible, and hence why the 10 of us worked together to make K2 possible."

Unlike Mount Everest, which has been topped by thousands of climbers young and old, K2 is a much tougher and lonelier place.

Northern Pakistan is home to some of the world's tallest mountains, including K2, in the territory of Gilgit-Baltistan.

Nestled between the western end of the Himalayas, the Hindu Kush mountains and the Karakoram range, Gilgit-Baltistan has 18 of the world's 50 highest peaks.