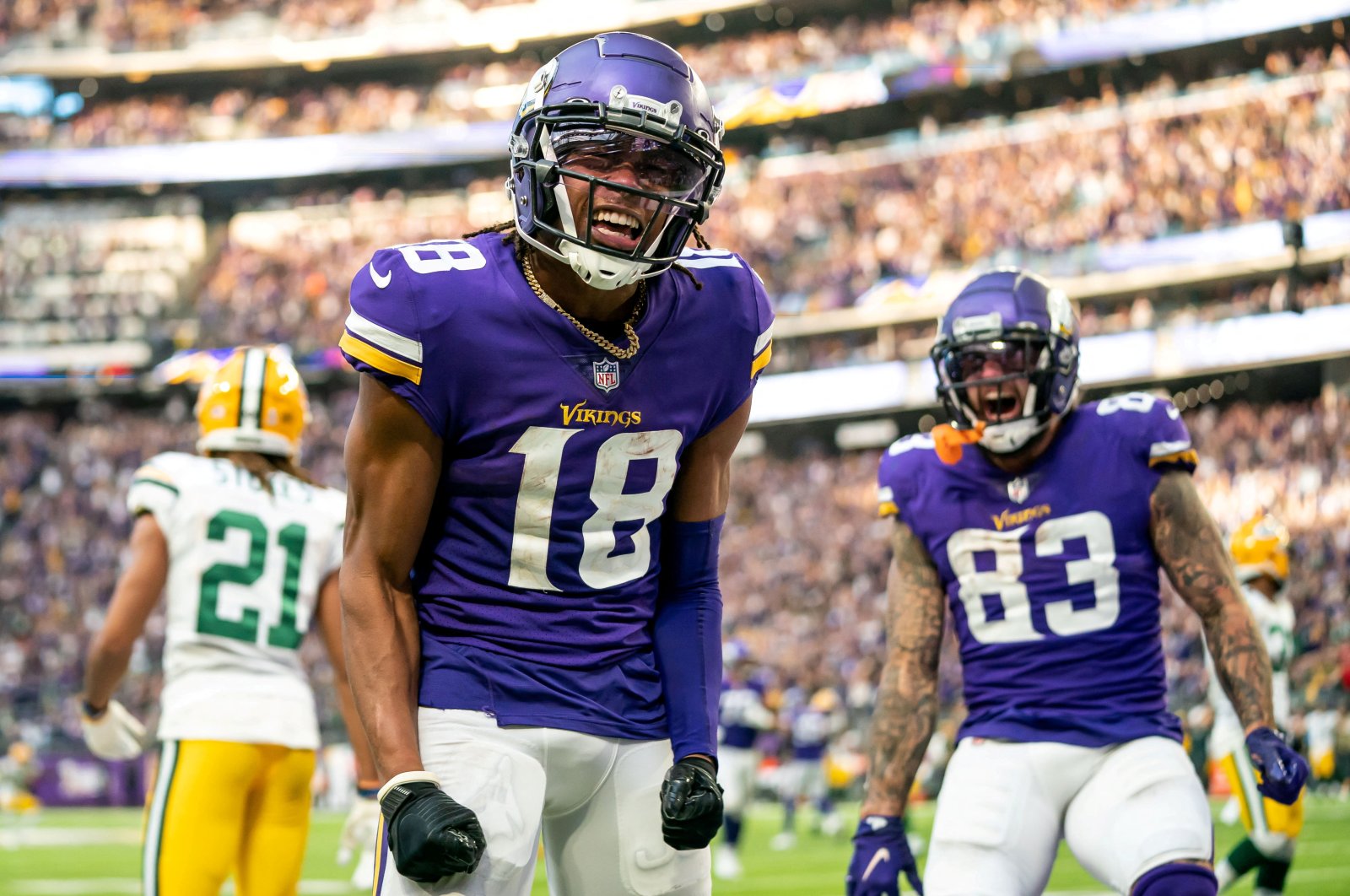 National Football Conference (NFC) runners-up Minnesota Vikings travel to the home of the Chicago Bears Monday with just three weeks left until the end of the season.

Patrick Peterson made the most of the extra time between games and took advantage of the opportunity to exhale in the wake of a near breathtaking collapse. It was a chance for the Minnesota Vikings to steady themselves. Now, they'll try not to stumble when they visit the struggling Chicago Bears.

"Everything is right there in front of us,” said Peterson, a three-time All-Pro cornerback. "We just have to go out and win the games that’s on our schedule. We know that’s not going to be easy. We know that’s going to be a very, very tough challenge.”

The Vikings (6-7) barely avoided an epic collapse last week in a 36-28 victory over Pittsburgh. They led 29-0 on Thursday night, then hung on when they forced an incomplete pass in the end zone on the final play.

Ben Roethlisberger threw a perfect pass to Pat Freiermuth. Safety Harrison Smith hit the rookie tight end and dislodged the ball as Xavier Woods and Anthony Barr converged, and the Vikings came out on top in yet another nail-biter. The only time this year Minnesota has had a game decided by more than eight points was a 30-17 victory over Seattle in late September. The Vikings have four losses by three points or less.

Along with all those close calls, Minnesota is part of a tight pack vying for one of the NFC's seven playoff spots. Six teams in the conference have six or seven wins. "I think we’ve shown potential, but you’ve got to do it not only for four quarters, but for really four more games,” quarterback Kirk Cousins said.

Meanwhile, the Bears (4-9) are reeling with seven losses in eight games. They fell 45-30 at Green Bay last week after getting dominated in the second half. Prized quarterback Justin Fields had his moments after missing the previous two games because of broken ribs, throwing for 224 yards and running for 74 more. He also had an interception returned for a 55-yard (50.2-meter) touchdown by Rasul Douglas.

Now, he figures to be tested by a defense with a league-leading 41 sacks. "Mike Zimmer is a great defensive mind and understanding that, there’s a great challenge ahead of us this weekend,” center Sam Mustipher said. "That’s all I’m focused on.”

The Vikings had 16 players shelved by the coronavirus protocols in less than six weeks. Nine had returned. Receiver/punt returner Dede Westbrook was added to the list Tuesday, a day after running back Alexander Mattison and wide receiver/special teams ace Dan Chisena went on it. "Every single morning, I’m going to get some kind of text and update,” Zimmer said. "It seems to be worse right now, maybe worse than it was last year at any point in the season to me, but I don’t know.” Vikings star receiver Adam Thielen missed the most recent game with a sprained ankle. It was unclear when he’d return.

Minnesota's Justin Jefferson has 656 yards receiving over the past five games, a team record for a five-game stretch. Even with Thielen out, opponents have had a hard time covering Jefferson. K.J. Osborn's emergence as the No. 3 wide receiver has also been a boost for Cousins. "I play with two superstars that I’m blessed to play with, so I know sometimes they’re going to get the double coverage and Kirk has to have another option to throw it to, and that just allows me to step up,” said Osborn, who had a 62-yard touchdown catch in the fourth quarter against the Steelers. "With Adam out, we were joking that Justin might get triple coverage.” With 68 more receiving yards, Jefferson will set the all-time NFL record – for the Super Bowl era beginning in 1966 – for most receiving yards in a player’s first two seasons.

Dalvin Cook returned ahead of schedule from a shoulder injury to rush for 205 yards for the Vikings against the Steelers, one short of his career high. He'll hit his third consecutive 1,000-yard season with just 22 more yards.

With Borom joining the COVID-19 list Wednesday, the Bears could be without both starting tackles. Left tackle Jason Peters exited last week's loss at Green Bay with an ankle injury, and second-round draft pick Teven Jenkins replaced him. Coach Matt Nagy acknowledged Monday he was considering having Jenkins start at right tackle – his primary position at Oklahoma State – and moving Borom to the left side. If both Borom and Peters are unavailable, Jenkins and Lachavious Simmons or Alex Bars would be options.

Bears linebacker Robert Quinn has gone from a disappointment with two sacks last year to a potential franchise record-setter with 14 and counting. The veteran is third on the Bears' season list, with Hall of Famer Richard Dent holding the top two spots – 17 1/2 in 1984 and 17 in the 1985 Super Bowl championship season.