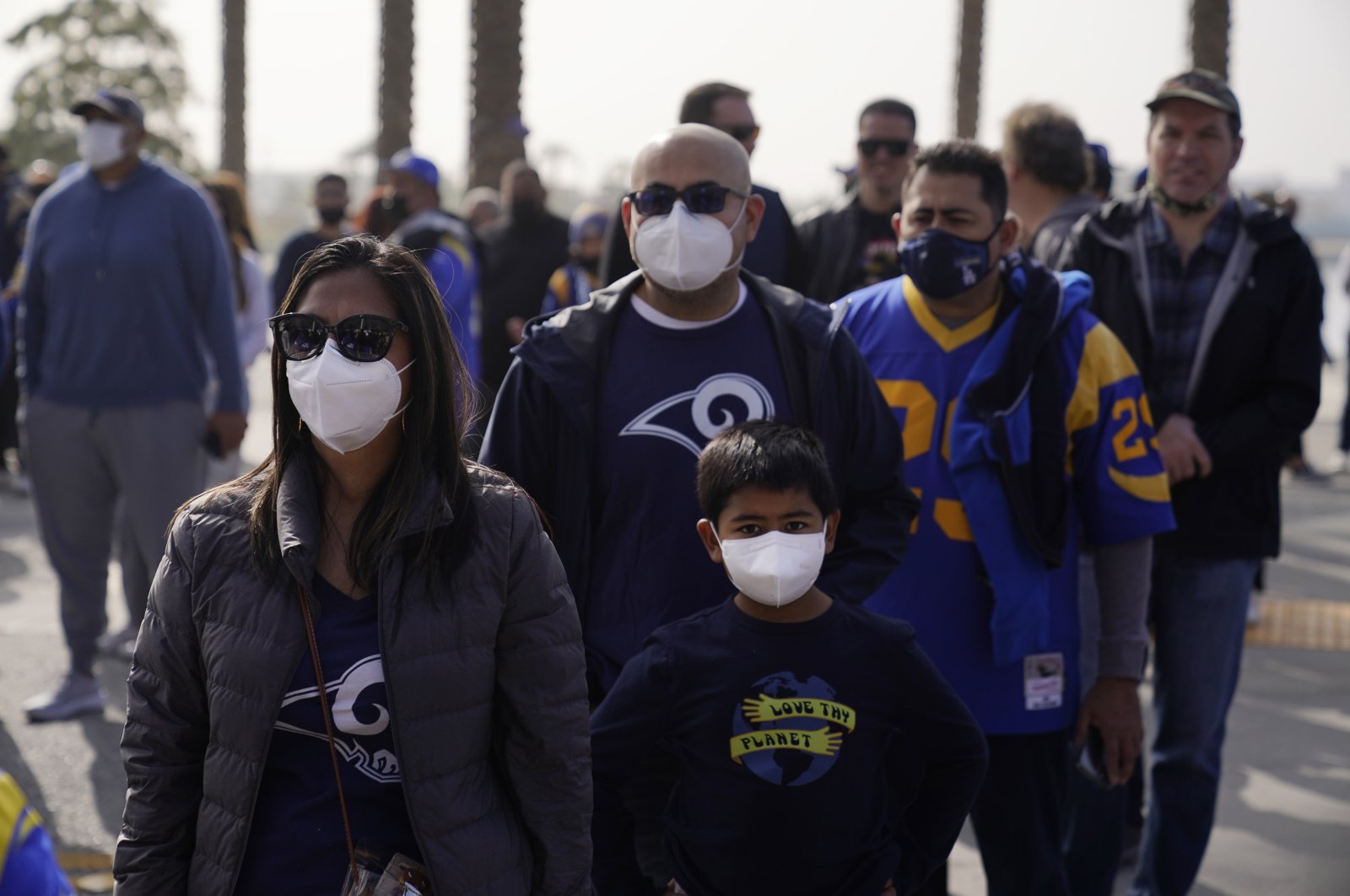 Fans wear masks amid the COVID-19 pandemic as they enter a stadium before an NFL game between the Los Angeles Rams and the Jacksonville Jaguars, California, U.S., Dec. 5, 2021. (AP Photo)
by French Press Agency - AFP Dec 15, 2021 1:32 pm
RECOMMENDED

North American professional sports leagues were put on alert Tuesday after a surge in COVID-19 cases sent dozens of players into isolation and postponed multiple fixtures.

The NFL, NBA and NHL were scrambling to counter a sharp uptick in coronavirus cases as the Geneva-based World Health Organization (WHO) warned the new omicron variant was spreading at an unprecedented rate.

After a relatively untroubled opening three months of the American football season, COVID-19 has returned to stalk the NFL with a vengeance in the past week.

A day after the NFL reported a sharp spike in COVID-19 cases – with 37 recorded in a single day on Monday – the Los Angeles Rams and Cleveland Browns became the latest teams to be hit by the virus.

The Rams closed their practice facility and entered the NFL's intensive safety protocols after nine players were placed on the reserve/COVID-19 list.

In Cleveland meanwhile, the Browns announced the team had also entered the NFL's enhanced COVID-19 protocols after eight players were put on the reserve list.

On Monday, U.S. reports said a Washington employee – not directly involved with the playing or coaching staff – had tested positive for omicron, the first known case of the variant in the NFL.

In a separate development, the Brooklyn Nets confirmed that starters James Harden, LaMarcus Aldridge and DeAndre Bembry would miss Tuesday's home game against the Toronto Raptors after entering COVID-19 protocols.

Jevon Carter and James Johnson were also added to the COVID-19 list Tuesday, joining the Nets Paul Millsap, who entered the protocols Monday.

On Monday, the NBA said Chicago's games against the Detroit Pistons on Tuesday and Toronto Raptors on Thursday had both been called off, the first games of the season to be postponed due to COVID-19.

On Monday, the NHL postponed Calgary Flames games through to Dec. 16 after six players and a member of staff entered the COVID protocols.

Seven NHL teams reported new COVID cases Tuesday and the Carolina Hurricanes were forced to postpone their game with the Minnesota Wild on Tuesday after an outbreak.

COVID-19 concerns have also placed a question mark over the participation of NHL stars at next February's Winter Olympics in Beijing.

"We are certainly hopeful that all systems will be go by the time we get ready to go to Beijing," Kelleher said.

"But there's certainly work to be done. There are a lot of moving parts, a lot of things to be discussed and hopefully answered so that everybody can feel the best about sending the best players from the NHL."