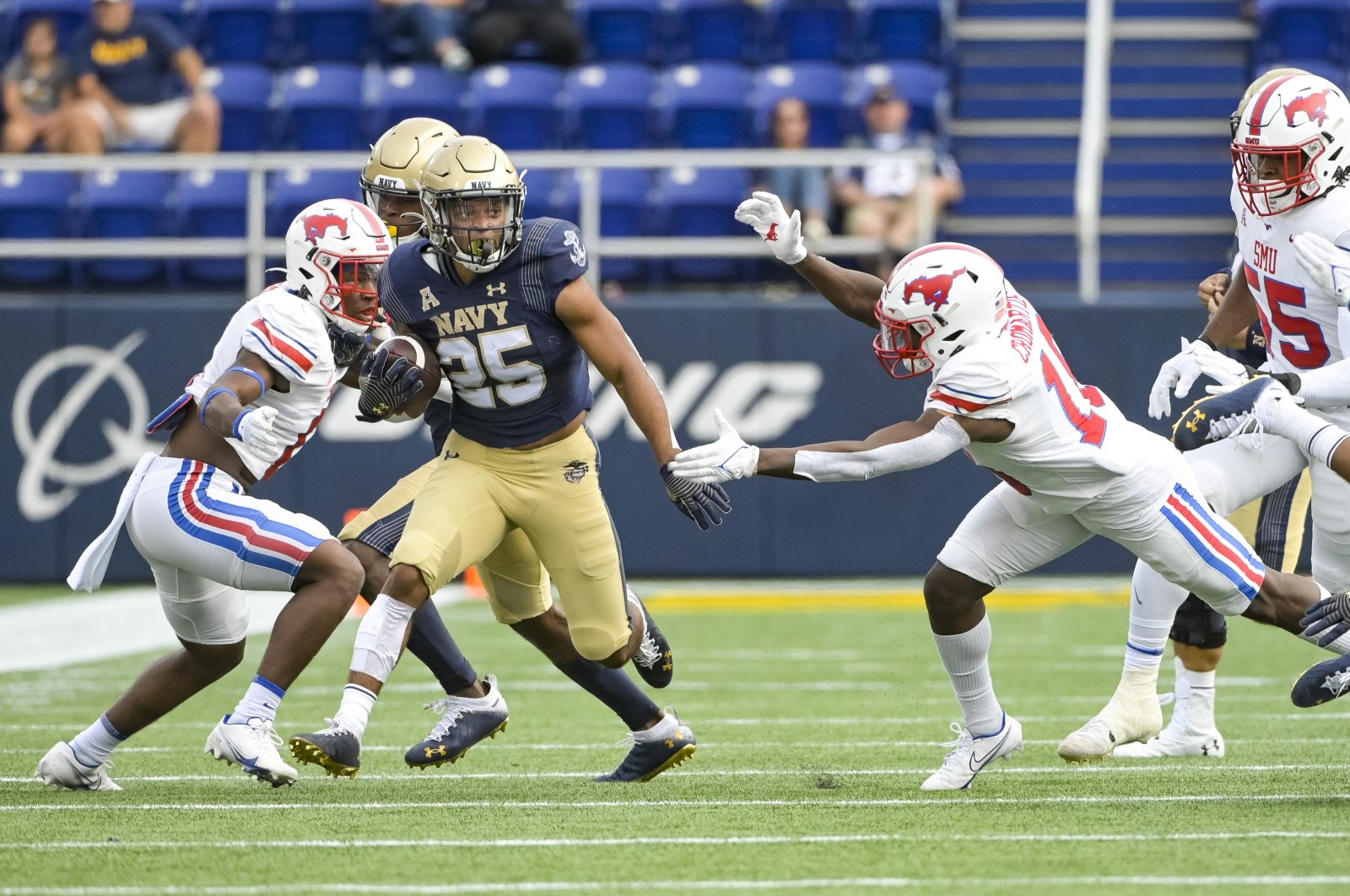 The “longest uninterrupted intersectional rivalry in college football” – albeit with an asterisk because of the COVID-19 pandemic – is set to continue on Saturday when No. 8 Notre Dame take on Navy in South Bend, Indiana.

A week after holding off North Carolina, the Fighting Irish (8-1, No. 10 CFP) host a Navy team (2-6) that has provided its share of scares.

Brian Kelly is 8-2 coaching against Navy, but preparing for its triple-option offense is always a hassle.

“We didn’t see it last week and we won’t see it next week,” Kelly said. “So, you have to shift gears; you’re not doing things you normally do. So, it’s really getting out of a comfort zone more than anything else. And that’s difficult because you’re so used to getting into routines. Navy gets you out of that routine.”

Navy, which is 103-73 with 11 bowl appearances under Niumatalolo, has struggled with injuries on its offensive line and in the secondary. But the Midshipmen have shown up and competed, losing close games against Houston and SMU, which are now both ranked. They rallied last week to win 20-17 at Tulsa.

“I’ve never been around a group like this that, in spite of their record, they come to work every week,” Niumatalolo said.

Niumatalolo knows his defense, led by linebackers Diego Fagot and Johnny Hodges, will be challenged by the Irish offense led by Kyren Williams, who piled up a career-best 191 rushing yards and 261 overall against the Tar Heels.

Walk-on Chase Ketterer, a former option quarterback at New Prairie High School 25 miles (40 kilometers) west of Notre Dame, tried to replicate Lavatai in practices this week. Ketterer came to Kelly’s attention in 2019 when he played against the coach’s son, Kenzel, a defensive end at South Bend St. Joseph. Ketterer rushed for 2,496 yards and accounted for 43 touchdowns that season.

“It’s been a busy week,” Ketterer said Tuesday. “Practice doesn’t start until 4. We were out here at 3 o’clock doing walk-throughs and watching film. It’s definitely been a busy week.”

Navy on their minds

Preparing for Navy is not a one-week thing. Kelly makes sure practice time is given to Navy during the spring and preseason, and the players also work on things during summer workouts.

“We understand we won’t be able to replicate the speed at which they run the triple (option),” said linebacker JD Bertrand, Notre Dame’s leading tackler with 71.

“Playing Navy, you’ve just got to do your job,” added defensive Jayson Ademilola, who has 32 tackles, 4.5 for losses. “It’s all 11 guys knowing what their assignment is.”

But what about the unexpected?

The schools announced Thursday that they will meet Aug. 26, 2023, in Dublin, Ireland, at Aviva Stadium. The game will be broadcast by NBC.

Notre Dame and Navy had played every season since 1927 until the pandemic disrupted the schedule last year. When Notre Dame chose to play an ACC-laden schedule, one of the stipulations was that nonconference games could only be played in the state of an ACC team. Maryland is not one.

That meant the “longest uninterrupted intersectional rivalry in college football” – the Irish lead 79-13-1 – was interrupted for a season. The 2022 game will be played in Baltimore and the series is currently set to run through 2032.

“It’s a rivalry that goes way, way back,” Navy senior cornerback Michael McMorris said. “It’s very exciting because it’s a great atmosphere and it’s fun going up against athletes like that.”

Niumatalolo was an assistant head coach when the Midshipmen ended Notre Dame’s long streak in the series with a 46-44 triple-overtime victory in South Bend in 2007. As head coach, Niumatalolo is 3-9 against the Irish with wins in 2009, 2010, 2016. Notre Dame has won the last three matchups.

“If you don’t have any belief, you have zero chance,” Niumatalolo said. “We’ve got to play as well as we can play, and they have to help us a little bit.”