Olympic flame arrives in Japan ahead of Tokyo 2020 Games 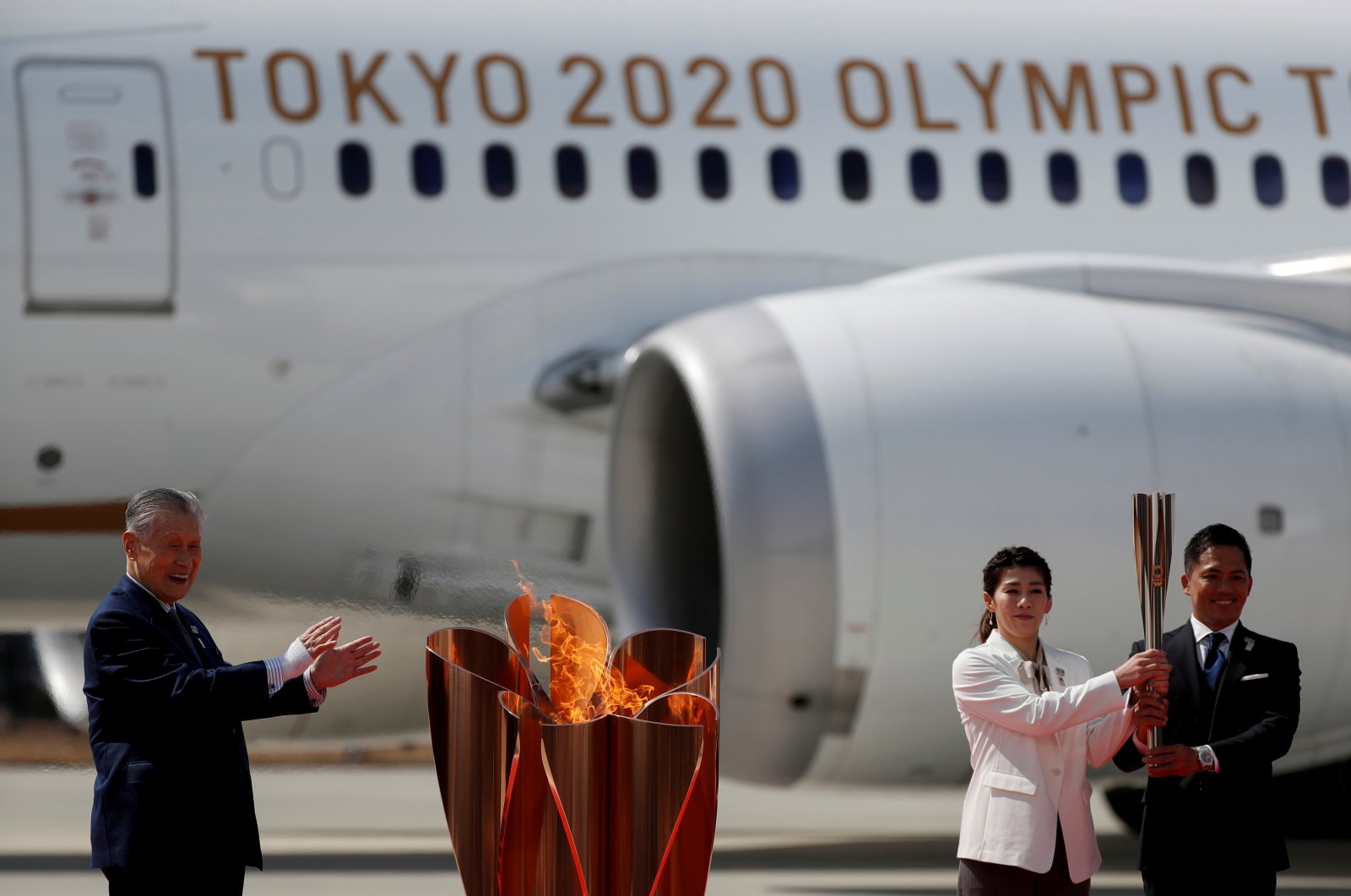 The Olympic flame arrived in Japan Friday to a muted reception, with what should have been a joyous celebration dramatically downscaled due to the coronavirus pandemic that has cast doubt over whether the Tokyo Games can even go ahead.

The flame landed on a special charter flight into Matsushima Air Base in the Japanese province of Miyagi, chosen as part of the "Recovery Olympics" to showcase the region's revival after the 2011 earthquake, tsunami and nuclear meltdown.

Former Japanese Olympians Saori Yoshida and Tadahiro Nomura collected the flame from the aircraft and took it through a guard of honor to a cauldron in the shape of a cherry blossom on a stage in front of selected guests.

But some 200 local children who were due to welcome the flame were kept away as part of what organizers called the "heartbreaking" decision to pare back events as the world battles the virus that has killed nearly 10,000 people.

The torch relay in Greece, following the symbolic lighting on March 12, was stopped during the second day and did not resume because of large crowds. Japanese organizers have asked crowds to be “restrained” and could stop or delay the relay if they are not.