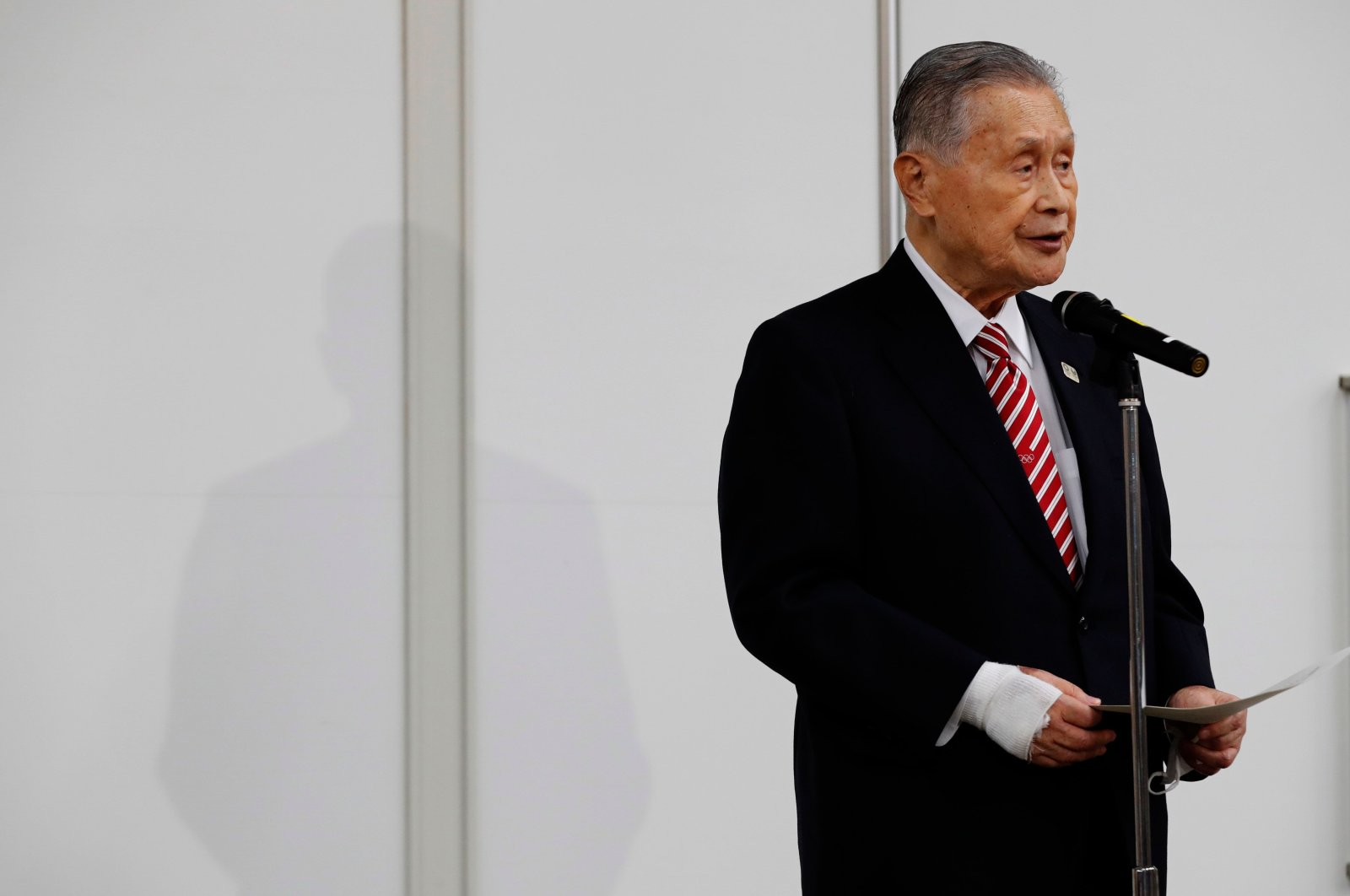 Criticism mounted Friday over sexist remarks made by Tokyo 2020 chief Yoshiro Mori, who has refused to step down and justified his comments by explaining he doesn't "speak to women much."

Mori, 83, has apologized for claiming women speak too much in meetings, and the International Olympic Committee (IOC) says it now considers the matter "closed."

But in Tokyo, the controversy only grew, with the city's governor saying she was left "speechless" by the remarks and Japan's Olympic Committee chief saying they violated the spirit of the Games.

"I was speechless. The remark was something that shouldn't have been said," Kyodo news agency quoted Tokyo Governor Yuriko Koike as saying.

"The mission of the city and the organizing committee is to prepare for a safe and secure Games, and we are facing a major issue," added Koike, one of Japan's few prominent female politicians.

JOC chief Yasuhiro Yamashita said the comments were "inappropriate" and "against the spirit of Olympics and Paralympics," but added that he was not calling for Mori's resignation, local media said.

Mori said Thursday he wanted to retract the comments, but athletes were among those who said his apology fell short.

"The same thing will happen again unless you admit your prejudice and take measures to do something about it," she wrote.

Swimmer Satomi Suzuki, who won two silver medals and one bronze at the 2012 London Olympics, said the remarks had left her "angry."

The Asahi Shimbun daily, which is often critical of Japan's ruling party, called in an editorial for Mori's resignation.

And an online campaign calling on Olympic officials to sack him attracted more than 58,000 signatures, including from Grammy-winning musician Ryuichi Sakamoto, in less than 24 hours.

"It's simply unacceptable. Even for a regular citizen, that kind of speech isn't OK, so it makes you wonder what he's doing in such a prestigious position," added a design industry employee who asked to remain anonymous.

Local media said Tokyo's city government received a slew of complaints from Olympic and Paralympic volunteers, and the Mainichi Shimbun newspaper quoted one as saying he was now considering quitting.

Mori began his press conference on Thursday by apologizing and saying he wished to retract his remarks but then became defensive when questioned, insisting he had heard complaints that women speak at length.

"I hear those things often," he insisted.

"I don't speak to women much recently, so I wouldn't know."

Despite the uproar, the IOC said Thursday that with Mori's apology it "considers the issue closed."

The row is the latest headache for organizers already battling public disquiet about the Games, with polls showing more than 80% of Japanese oppose holding the event this summer.

Mori, who has a history of controversial remarks, had already made waves earlier this week by insisting the Games would go ahead this summer "however the coronavirus (pandemic) evolves."

Japan ranks highly on a range of international indicators but persistently trails on promoting gender equality – coming 121 out of 153 nations surveyed in the World Economic Forum's 2020 global gender gap report.

Human Rights Watch, which has called for Japan to improve attitudes toward women, criticized Mori's remarks in a statement entitled "a gold medal for sexism in Japan."

"Mori's comments show the Japanese government urgently needs to reform its attitudes towards women, and a good place to start would be in sports," the group said in a statement issued Thursday.