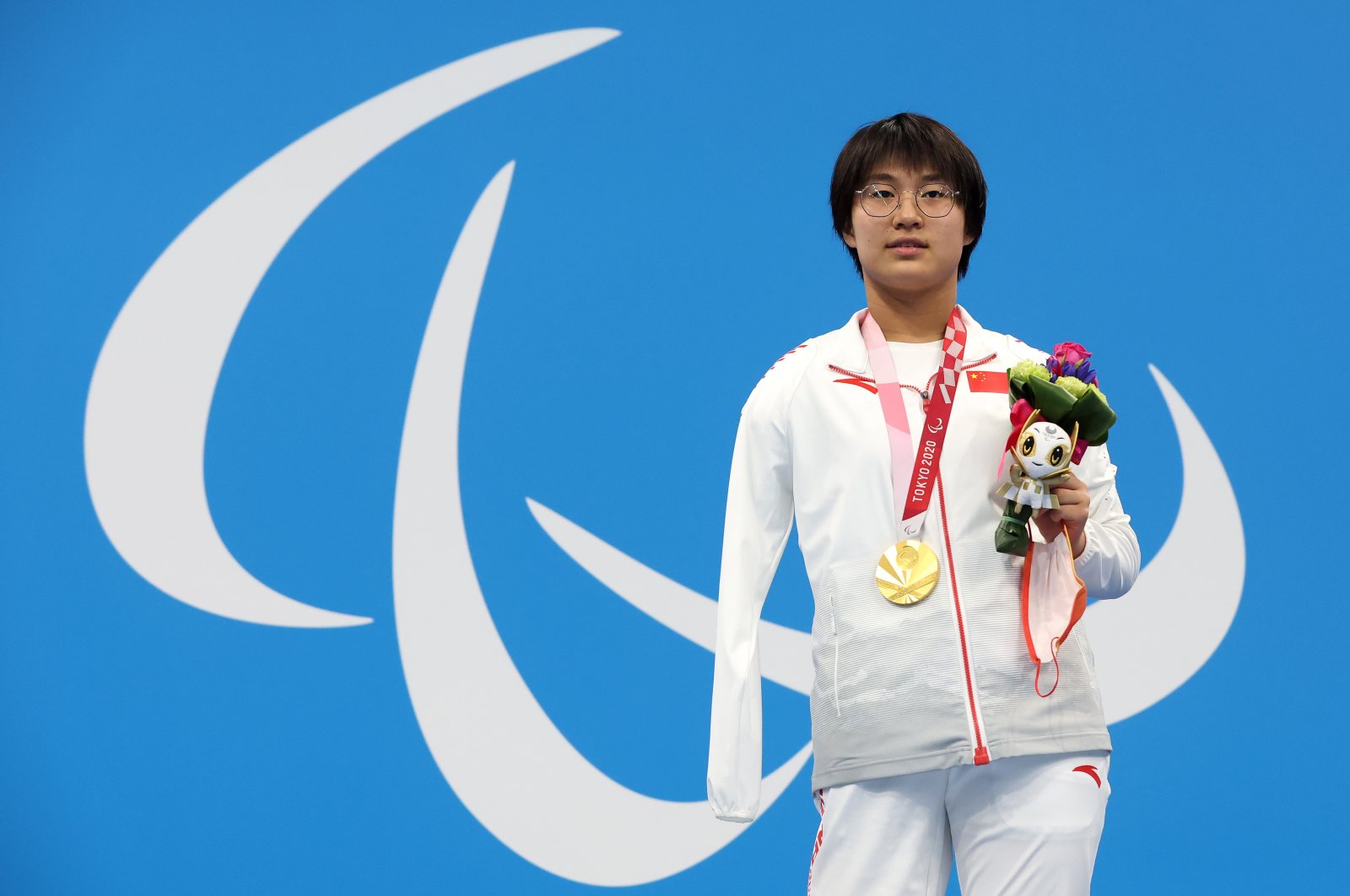 The Tokyo 2020 Paralympics saw more pool and track records tumble on Monday as China continued to dominate the medal's table.

Dubbed the "Flying Fish," 16-year-old Jiang Yuyan set an S6 50-meter butterfly world record of 34.56 seconds in Monday morning's heats, knocking 0.30 second off the mark she set in winning the 2019 World Championships in London as a 14-year-old.

Jiang, who lost her right arm and right leg after being hit by a truck when she was 3, only took up swimming aged 8.

Records have been falling on a daily basis at the Tokyo Games, and Norway's Kashafali on Sunday became the fastest 100-meter runner in Paralympic history when he crossed the line in 10.46 seconds in the T12 final.

"I don't know what to say," the 27-year-old said after the race, dissolving into tears.

The Norwegian, who has a visual impairment, fled the civil war in the Democratic Republic of the Congo with his family as a child and took up athletics as a teenager in his new home.

"I have been through so much, from bullets to hunger, and to be here as one of the best means a lot to me," Kashafali said.

He is not the only survivor of war at the Games, which features a refugee team and two Afghan athletes who escaped from Kabul after the country's fall to the Taliban this month.

Zakia Khudadadi and Hossain Rasouli arrived in Tokyo over the weekend after a complex international effort that saw them evacuated to France, where they rested and trained before flying to Japan.

International Paralympic Committee chief Andrew Parsons said Monday that receiving the pair in Tokyo was "a moment I will remember for the rest of my life."

"It was just incredible to feel that we had contributed in some way," he added.

Khudadadi will compete in the women's up to 49-kilogram K44 taekwondo Thursday. Sprinter Rasouli will take part in the men's T47 long jump Tuesday having arrived too late for his favored T47 100m.

Parsons said he hoped the pair would be able to "really focus on sport and forget for a few days at least what they left behind and the horror that they have been through in their home nation."

Elsewhere Monday, the play was delayed on all outdoor tennis courts till at least 5 p.m. local time as Tokyo sweated through more summer heat.

And the women's 4x100-meter - 34 points winners were awarded their medals, a day after their race, after a protest lodged by the U.S. team over its disqualification.

The team thought they had come away with the silver, but the second spot was instead handed to Australia after judges disqualified the U.S. side over an illegal changeover.

Their protest was denied by a referee and an appeal to a jury was also rejected.

Britain's wheelchair rugby team were meanwhile nursing hangovers on Monday, a day after a shock gold medal, the first time a European team has triumphed in the sport once known as "murderball."

They upset the odds by beating favorites the USA 54-49 in the final.

"Not in my wildest dreams did I think we'd be coming away with a Paralympic gold medal," admitted Britain's Stuart Robinson.

"For the past four or five years we've been building towards something special," he added.

"We've applied everything that we've learned and put it into practice at these Games."

Jim Roberts, who scored 24 tries in the final to lead his side to victory, was asked how he would celebrate.

"I just hope someone's got some beer somewhere," he told the U.K.'s Channel 4 television.