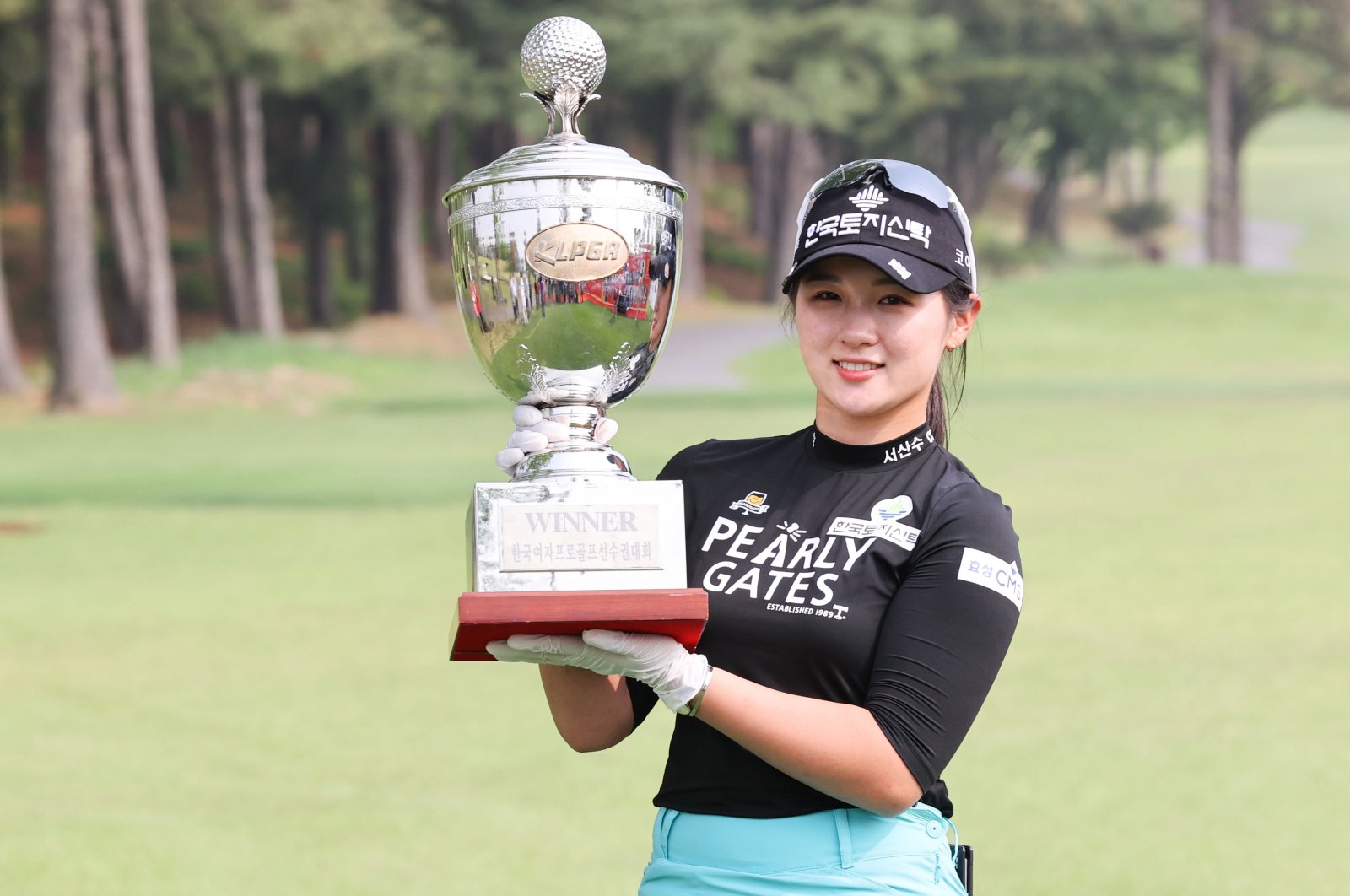 Park Hyun-kyung poses with the trophy after winning the final round of the KLPGA Championship golf tournament at Lakewood Country Club in Yangju, South Korea, May 17, 2020. (EPA Photo)
by Compiled from Wire Services May 17, 2020 11:58 am
RECOMMENDED

The world's first big-purse post-coronavirus golf tournament wrapped up in South Korea Sunday, marked by a ban on spectators and stringent safety measures that saw competitors having to sit apart while eating.

Normally overlooked outside South Korea, the tournament is the first high-level women's golf event to be played since the U.S.-based LPGA suspended its season in February.

Park Hyun-kyung prevailed at Lakewood Country Club in Yangju, scoring her first victory since turning pro in 2018 to claim $180,000 of the $2.5 million purse.

She shot a final-round five-under-par 67 to finish 17 under for the tournament – a shot ahead of Bae Seon-woo's 68 and third-round leader Lim Hee-Jeong's 71.

"The moment I had always dreamt of finally has come true," a tearful Park told cable channel SBS Golf.

To avoid the risk of coronavirus infection, players were advised to keep 2 meters apart on the course and minimize physical contact, while touching the pin without gloves was prohibited.

Players also had to wear masks before and after their rounds but could choose whether or not to do so during play – with most deciding against.

The 20-year-old champion was congratulated by her mask-wearing peers with elbow bumps and held up the trophy at the prize-giving ceremony while also wearing a mask.

South Korea endured one of the worst early outbreaks of the disease outside mainland China but brought it under control with a widespread "trace, test and treat" program.

Professional football and baseball both resumed this month – albeit behind closed doors.

Only four LPGA Tour events have been completed this year – the last in Adelaide in February – but the tour has outlined plans to resume in mid-July in Michigan.

The men's U.S. PGA Tour, which came to a juddering halt when the Players Championship was abandoned after the first round in March, has penciled in a restart behind closed doors at the Charles Schwab Challenge beginning June 11 in Fort Worth, Texas.