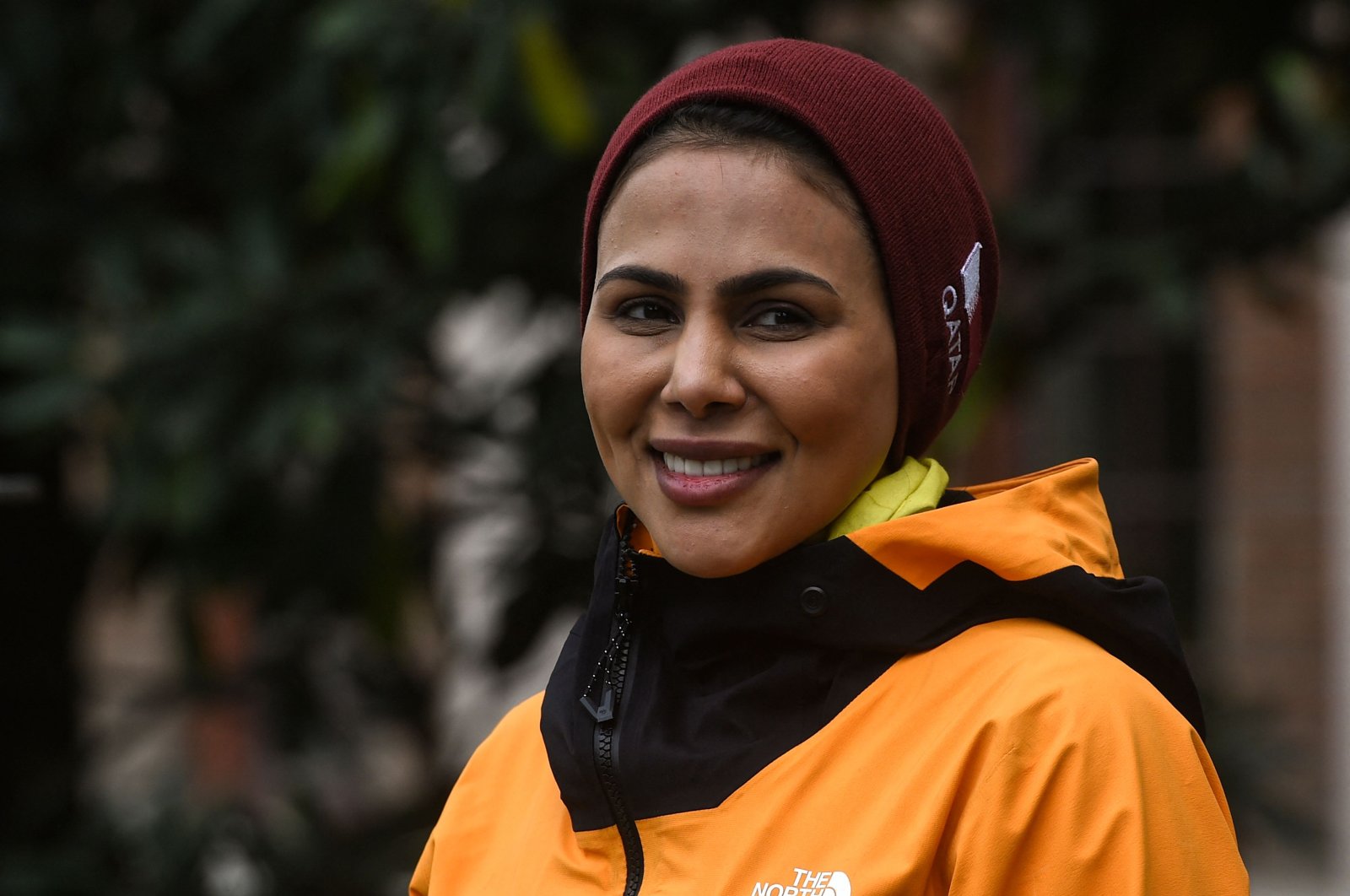 A Qatari royal is set to scale Everest, as she chases her dream of becoming the first woman from the Middle East to complete the Explorers Grand Slam of summiting each continent's highest peaks and reaching the poles.

Sheikha Asma Al Thani, a mountaineer and member of the Qatar Olympic Committee, arrived in Nepal's capital Kathmandu on Thursday and is prepared to head to Everest base camp.

She is expected to attempt to ascend the 8,848-meter (29,031 feet) mountain in mid-May, depending on local conditions. If she succeeds, she will become the first woman from Qatar to summit the world's tallest mountain.

Sheikha Asma first dreamt of reaching the skies in 2003 when she was just 14, writing "climbing mountains" on her wish list.

At that time, no woman from the Gulf region had reached Everest's summit.

Years later as she set out on conquering each peak to achieve the Slam, Sheikha Asma was questioned about her abilities – from being able to climb to carrying mountaineering gear – because she was a woman.

"These are the stereotypes people have with women and for me, it's the idea that no matter what, we can achieve our dreams," she told the Agence France-Presse (AFP).

The 31-year-old began her journey as a mountaineer in 2014 by summiting Kilimanjaro, Africa's highest peak.

She has since climbed Argentina's Aconcagua, the highest mountain in the Americas, and skied to the North Pole.

Sheikha Asma hopes her feats will inspire other female climbers to follow in her footsteps.

"For me, my dream would be that I'm no longer the first woman of Qatar," she said.

"But not only mountains but achieving their goals. It would make me feel very, very happy."

Nepal has reopened its borders, but mountaineers must quarantine until they test negative for COVID-19.

The country has so far issued 151 permits for various Himalayan mountains, including 72 for Everest.

Authorities expect around 300 foreign climbers to attempt to summit the world's highest mountain this spring season.

The Tibetan part of Everest continues to be closed to foreigners this year, possibly adding more climbers on the Nepal side.

Before the pandemic, Nepal was struggling to cope with the large number of people summiting Everest.

Some 11 climbers died on the mountain in 2019, with at least four blamed on overcrowding.