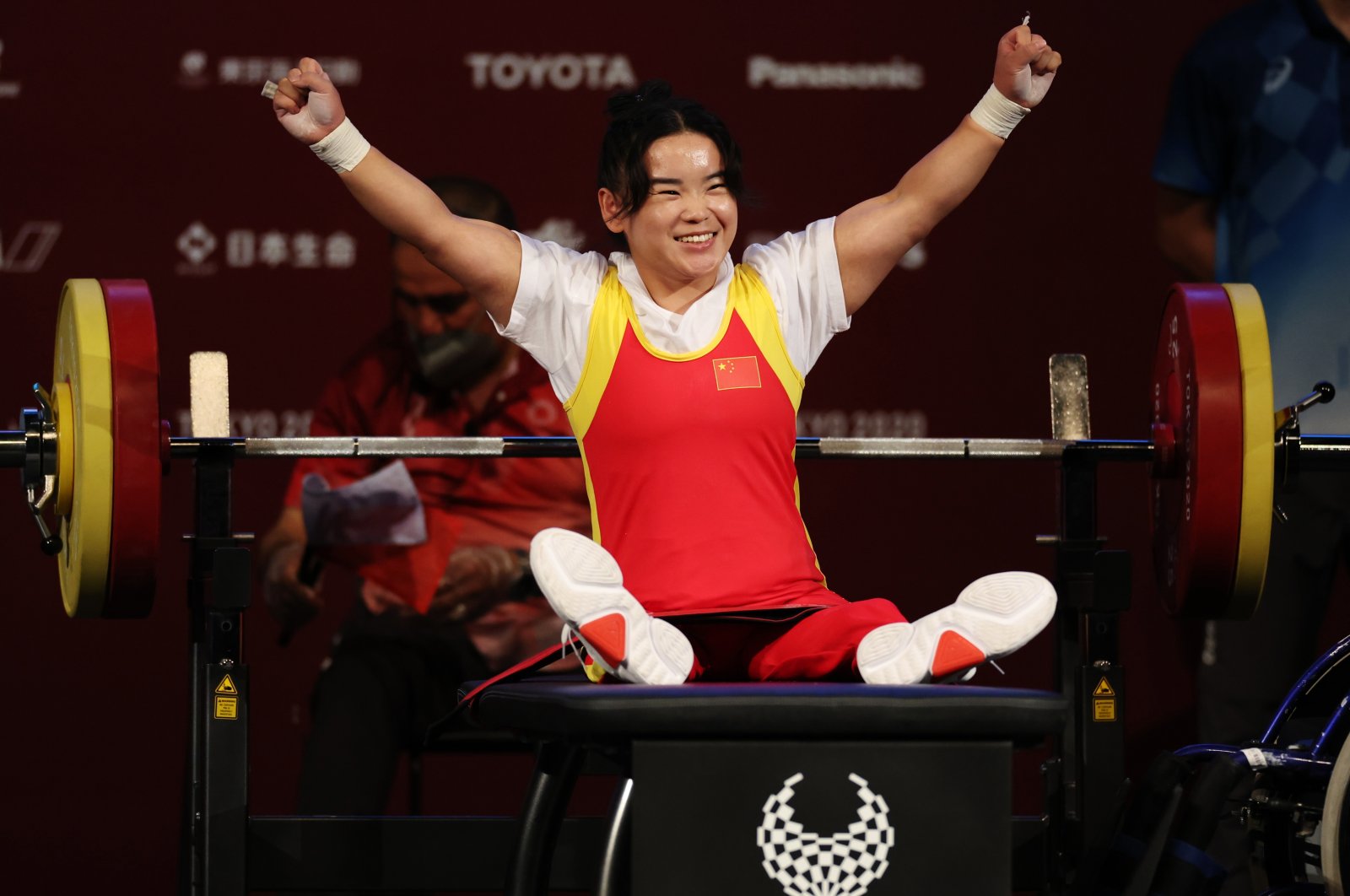 The Tokyo 2020 Paralympics saw more records tumble on the second day of the competition while organizers confirmed the first hospitalization of a Games participant in a reminder of the continued coronavirus risk Thursday.

China's Guo Lingling won the women's 41-kilogram powerlifting, sending the world record tumbling and helping her country join Australia at the top of the medal table with six golds each.

"This is the first time I've participated in the Paralympic Games, so to break a world record and win this medal for China is very special for me," said Guo, 32.

Spanish cyclist Alfonso Cabello also had the best time ever in the men's C4 1000-meter time trial, adding to the nine world records beaten Wednesday in track cycling and swimming.

Kukundakwe, who was born without her right forearm and has an impairment to her left hand, did not make the final but said she felt she could "touch the clouds" after a personal best time.

She said she wants to change attitudes towards people with disabilities in Uganda, and give "these kids a chance."

Japan enjoyed a gold rush at the Olympics, finishing third after the United States and China, and its record Paralympic delegation hopes to do the same.

On Thursday, Japan's women's wheelchair basketball team beat Great Britain 54-48 in the group stages, with player Mari Amimoto saying she was "a little surprised because they were strong."

Competitions are taking place mostly without spectators to minimize infection risks, and organizers have announced 184 Covid cases linked to the Games.

Tokyo 2020 said Thursday that a "stakeholder involved in the Games" has been hospitalized after testing positive for COVID-19.

Japanese media reported that the individual was not an athlete, and does not have severe symptoms.

Most of the cases at the Games are among staff and contractors living in Japan, which is facing a record COVID-19 wave, but Thursday's 15 new cases included two athletes from overseas staying in the Paralympic Village.

Organizers did not give details of which teams the pair belong to, or whether they were linked to any other positive tests.

There have been 13 cases detected in the Paralympic Village so far, including five athletes.

On the wheelchair basketball court, the United States men's team beat Germany 58-52 while the women play Spain on Thursday afternoon, with both male and female U.S. sides aiming to defend their golds from Rio 2016.

In a battle of the goalball giants, 2016 Rio Paralympics silver medallists USA inflicted a first defeat in five years on Brazil with a pulsating 8-6 Group A victory at the Makuhari Messe Arena in which the lead changed hands four times.

Brazil, who had not lost since gaining the bronze medal on home turf in 2016, is still in good shape to qualify for the quarterfinals after dismantling reigning champions Lithuania 11-2 in its opening match Wednesday.

"It's a roller-coaster of a sport," U.S. center Calahan Young admitted to Agence France-Presse (AFP) after a man-of-the-match display in which he scored four goals. "I've never beaten this team before in my life, they are an incredible team."