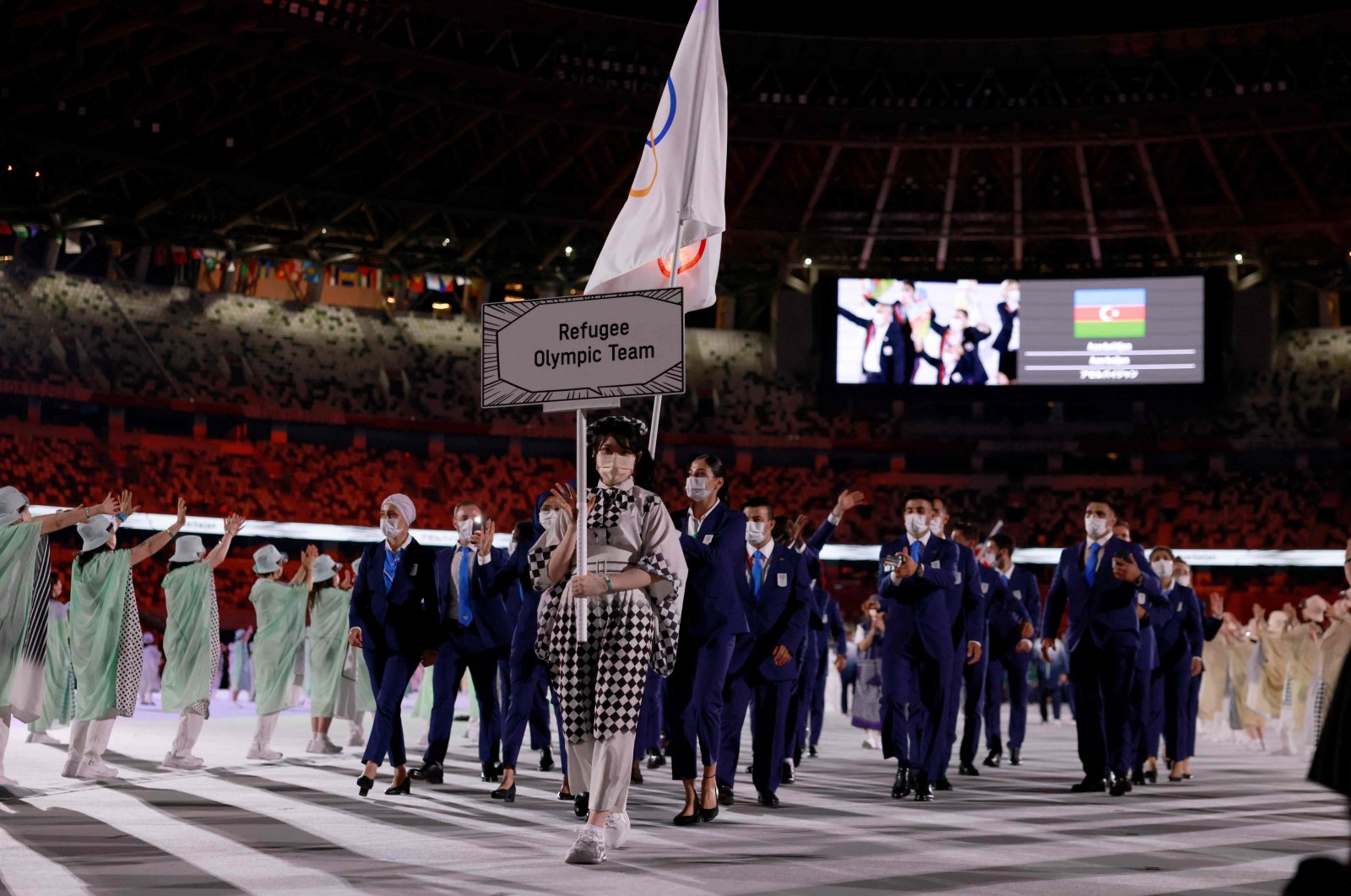 All 29 athletes in the Olympic refugee team will take a leading role in the Parade of Nations at the Tokyo 2020 Games opening ceremonies as they march behind the Olympic flag to represent the more than 82 million displaced people across the globe.

The International Olympic Committee (IOC) unveiled its first refugee team at the Rio 2016 Olympics to raise awareness of the issue as hundreds of thousands of people poured into Europe from the Middle East and elsewhere escaping conflict and poverty.

"There is a feeling of hope that they can shine a spotlight on this issue."

For the Tokyo Games, the team comprised of people from countries including Syria, South Sudan, Eritrea, Afghanistan and Iran is almost three times as big as the inaugural team at the Rio.

All of the athletes arrived in Tokyo by late Thursday after a delay in some of their trips following a positive COVID-19 test of a team official at a training camp in Qatar.

The athletes will march into the stadium during the opening ceremony in second place behind ancient Games founders Greece and will compete in 12 sports.

"Everyone is excited, but they are, like any other elite-level athletes, trying to concentrate on the Games," Macleod said.

Six of them competed at Rio, but for the rest, it will be their first Games.

"What we don't do with the refugee Olympic team is to project medals and results," Macleod said."We want the athletes not to have that pressure, we want them to be able to enjoy the participation here."