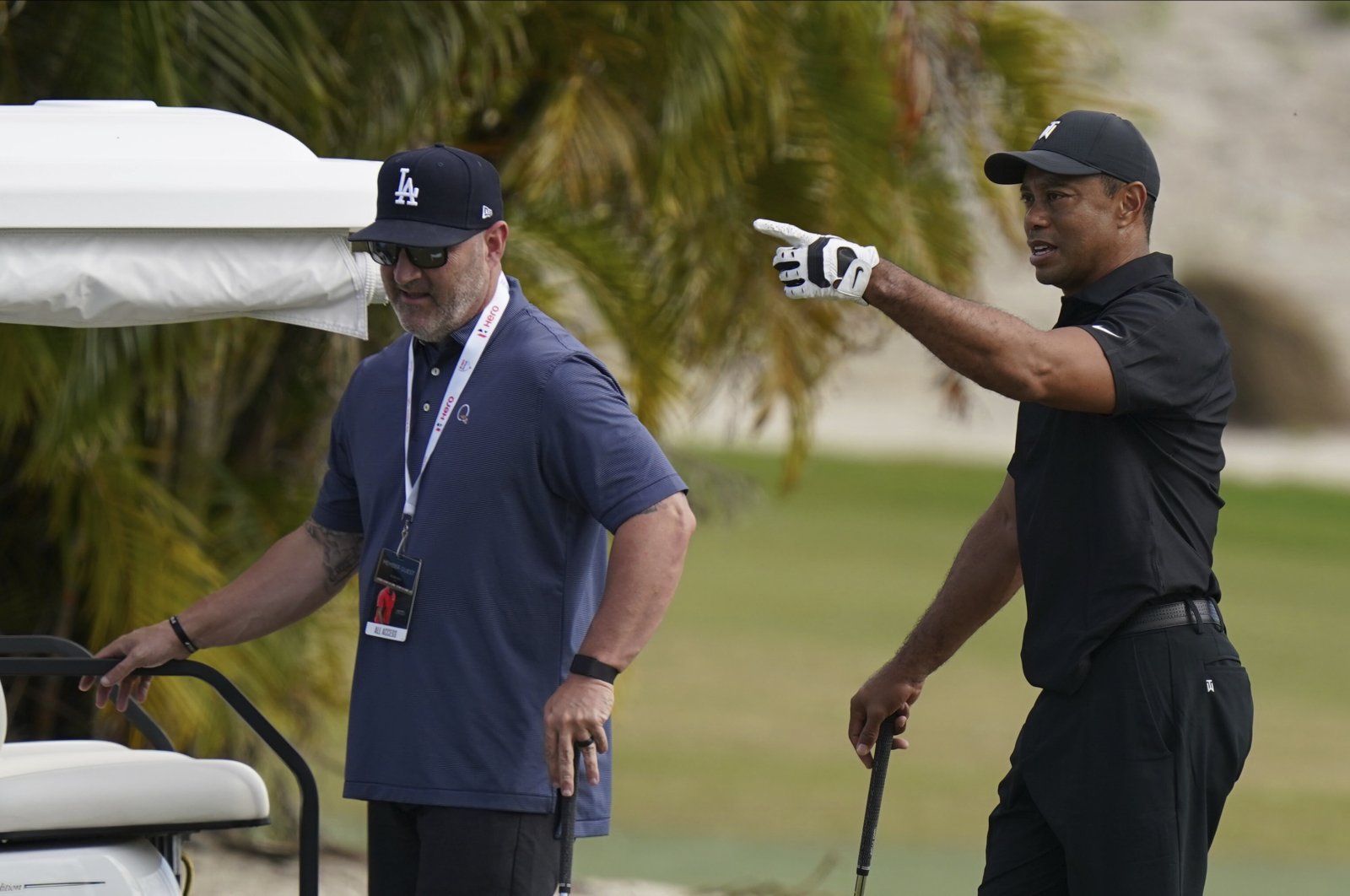 Golf legend Tiger Woods dismissed Saturday any possibility of a professional return to the sport anytime soon as he recovers from injuries suffered in a car crash.

Woods said a return to competition is "a long way away" and added that he still cannot make a full-speed swing without risking a setback in his recovery.

The 15-time major winner suffered a shattered right leg in a February crash near Los Angeles.

He spoke with telecaster NBC at the Hero World Challenge, the 20-player invitational Woods hosts this week in the Bahamas.

Asked when and how he would know he is ready to return to competition, Woods said, "That's a great question."

"But playing tour golf and being prepared to play and trying to shoot scores against these best players on the toughest golf courses, that's a totally different deal.

"I'm a long way away from that. Don't expect me to be out there on the tour level for quite some time."

Woods gave no timetable for a possible return on Tuesday when he gave his first public update in months on his health.

While Woods is taking practice swings with his driver on the practice range, he does so but without the power that was once his trademark.

But asked if he felt like it was risky to unleash a proper swing, Woods admitted, "If I go at it at my 'old' speed, yes it is."

Woods said earlier this week he wasn't planning on a full-time return to the U.S. PGA Tour but wouldn't rule out being able to "ramp it up for a few events" at some future stage.