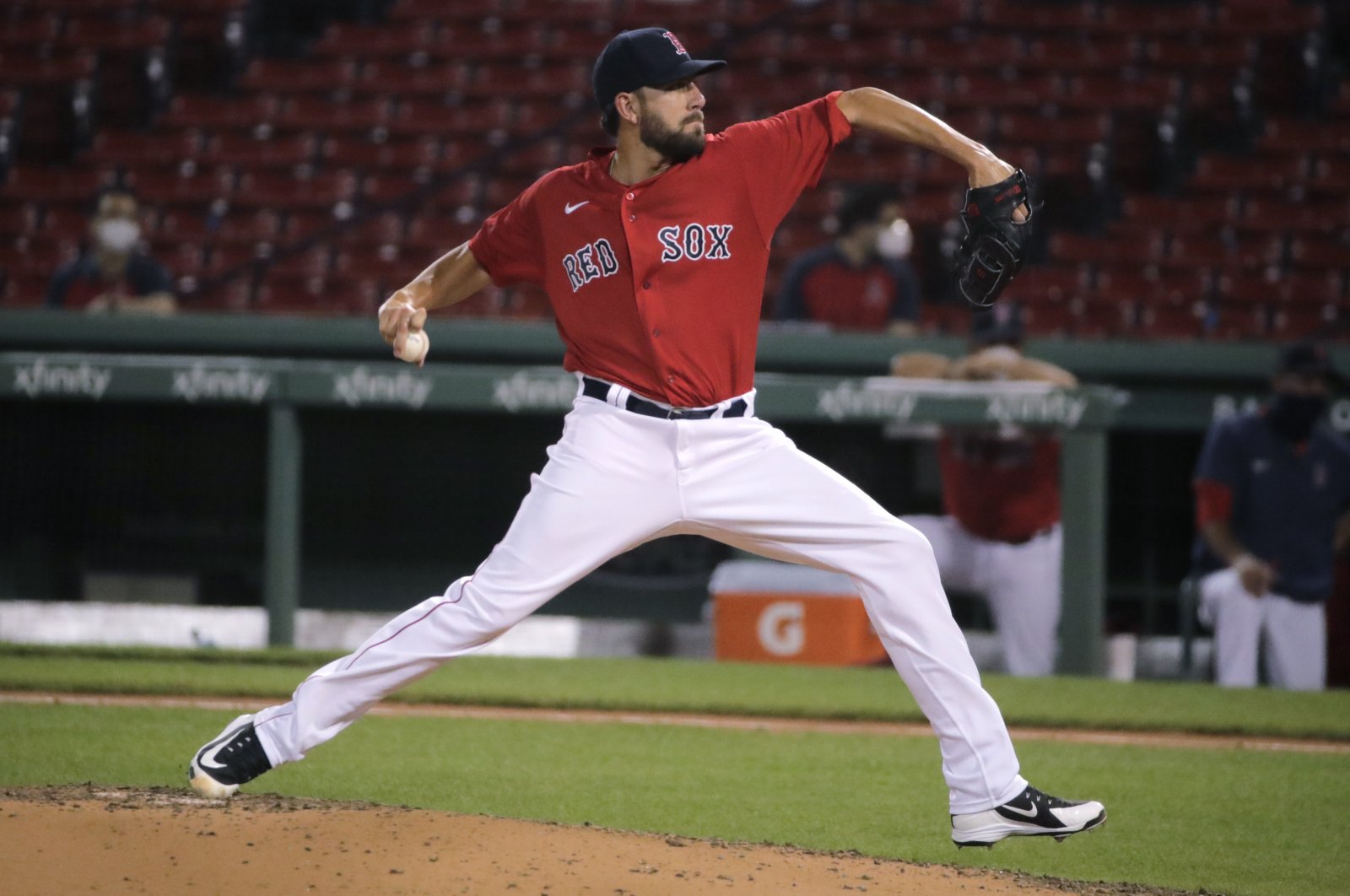 Boston Red Sox relief pitcher Matt Barnes delivers during the seventh inning of an exhibition baseball game against the Toronto Blue Jays, Boston in the U.S. state of Massachusetts, July 21, 2020. (AP Photo)
by Agencies Jul 22, 2020 9:44 am

As the MLB prepares to start a condensed 2020 season on Thursday, things look a lot different as a result of significant changes prompted by the COVID-19 pandemic

No chewing tobacco, no fighting, no fans and instead of a sprawling 162-game regular season marathon, an abbreviated 60-game sprint to the playoffs.

The sport, affectionately known as America's pastime, makes its long-awaited return on Thursday when the 2020 Major League Baseball (MLB) season gets underway.

But as the Washington Nationals prepare to host the New York Yankees in a marquee opening day matchup, baseball is still adjusting to its new reality.

After nearly torpedoing the new season altogether, the impact of COVID-19 will loom large when infectious disease specialist Anthony Fauci tosses the first pitch at Nationals Park on Thursday.

Unlike other professional sports leagues in North America, which have reopened by basing multiple teams at single locations, baseball's new season will start with teams playing in their home ballparks.

It comes at a time when swathes of the United States are struggling to control a resurgence in the coronavirus which has left more than 140,000 dead.

Already MLB's strategic decision to require teams to travel has run into difficulties. The Toronto Blue Jays were told by the Canadian government last week that they will not be allowed to stage home games.

A number of players, meanwhile, have already decided to skip the new season citing concerns over the pandemic.

Zimmerman and Ross have both decided to opt-out.

"I'll be staying safe at home and pulling as hard as anyone for the guys to defend our championship," said Zimmerman, who has three young children and a mother who has multiple sclerosis.

Zimmerman's misgivings were shared by Colorado Rockies outfielder Ian Desmond. "The COVID-19 pandemic has made this baseball season one that is a risk I am not comfortable taking," the two-time All-Star said. "With a pregnant wife and four young children who have lots of questions about what's going on in the world, home is where I need to be right now."

The players who have opted to embark on the new season will find themselves subjected to a range of strict health and safety protocols designed to prevent outbreaks of COVID-19.

Players will be tested for the disease every 48 hours while masks will be mandatory for players on the field.

Players or managers who leave their positions to remonstrate with umpires, or who come within 6 feet (1.8 meters) of game officials, will risk ejection and discipline.

Whether MLB's exhaustive safety protocols will be successful remains to be seen. The most recent round of test results announced by the league revealed six positive cases out of 10,548 tests, a 0.05% positive rate.

But public health experts are less sure.

Zach Binney, an epidemiologist at Oxford College of Emory University in Atlanta, says the sheer volume of COVID-19 cases across the United States may prove problematic for baseball.

"Major League Baseball's plan would work great in Germany, South Korea, or Vietnam or New Zealand," Binney told Agence France-Presse (AFP). "I have sincere doubts it's going to work in the United States. The number of cases is just so high."

The absence of fans from ballparks, meanwhile, has forced teams to innovate. Several clubs will have piped crowd noise playing in stadiums during games, while others have installed cardboard cutouts of fans in the seating.

Players, meanwhile, will also need to adjust to several rule changes that baseball is launching this season in a bid to speed up play.

From this season, every pitcher must face at least three batters or finish an inning, while for the first time a designated hitter will be used in both the American and National Leagues.

Games that go to extra innings, meanwhile, will start with a runner on second base in an effort to prevent marathon games.

The shortened season may also wreak havoc with the conventional wisdom over which teams are likely to reach the World Series.

While regular playoff contenders with deep rosters such as the Los Angeles Dodgers and New York Yankees can normally be expected to come good over the course of a long season, the shorter season could potentially open the door for any mid-tier team that enjoys a hot streak.