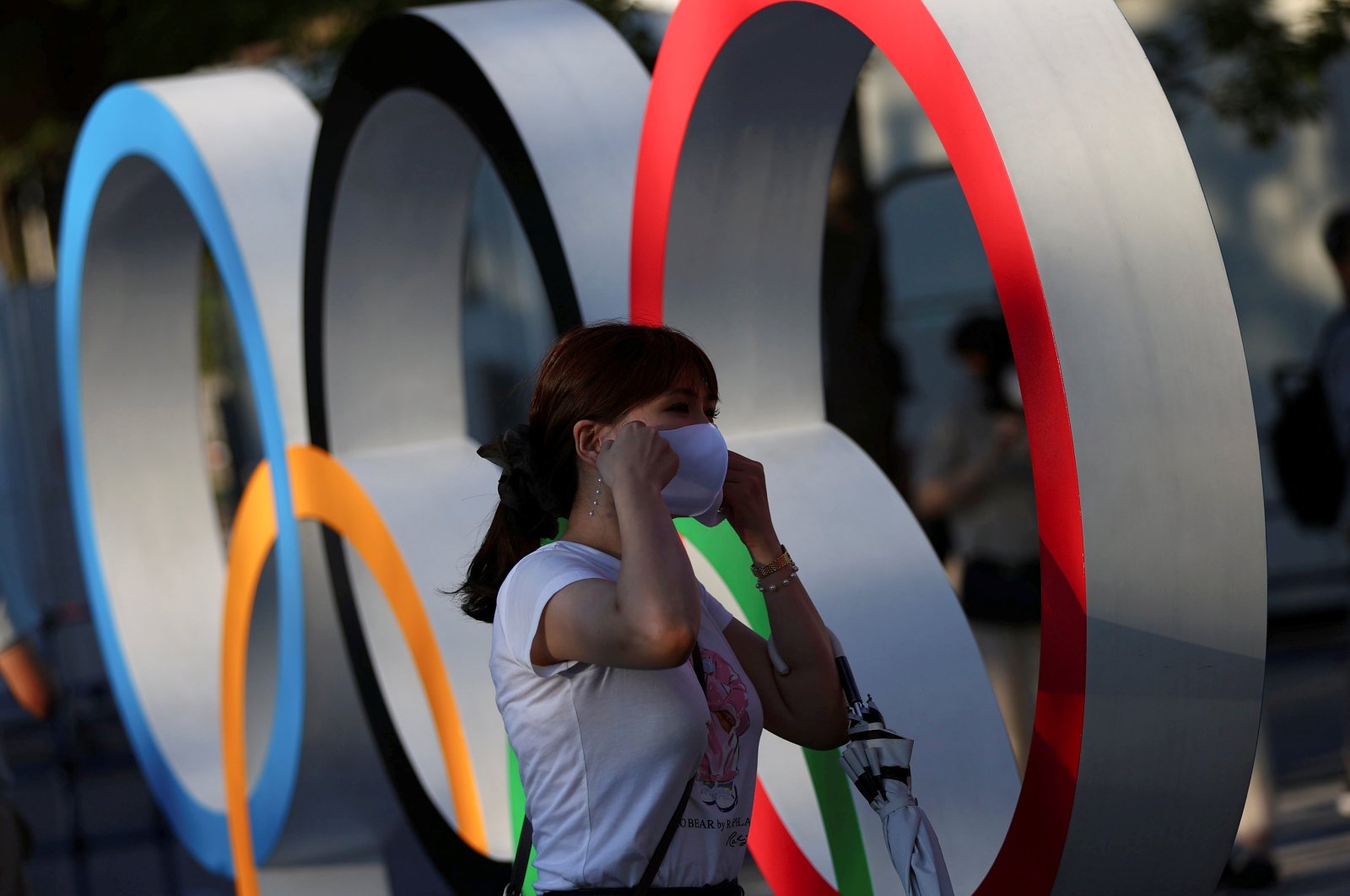 A woman adjusts her protective mask next to an Olympic rings monument outside the National Stadium, the main venue for the Tokyo 2020 Olympics amid the COVID-19 pandemic, Tokyo, Japan, July 31, 2021. (Reuters Photo)
by Agencies Aug 01, 2021 12:24 pm
RECOMMENDED

The government has extended a state of emergency in the capital and expanded it to neighboring prefectures.

It is the first case since the Games began of athletes being punished for breaking strict anti-infection rules, which forbid team members from leaving their accommodation except to train and compete.

Toshiro Muto, the games chief executive, says it was a "clear and serious violation” of the so-called playbooks of health and safety rules for two Georgian judokas to go sightseeing.

Muto says the Georgian embassy in Tokyo has apologized for the incident.

Vazha Margvelashvili, 27 and Lasha Shavdatuashvili, 29, ventured out of the compound on Tuesday to meet "one of their good acquaintances" who lives in Japan, said a Georgian NOC official, who declined to be named.

"When they went outside of the village, no one stopped them at the exit. So they thought that they could go outside," the official told the Agence France-Presse (AFP).

Both athletes had been beaten to the gold medals by different Japanese judoka this week. The Georgian NOC official said the pair had their accreditation revoked on Friday, but that they have now left Japan to return home.

"Since the accreditation has been revoked, (they) can no longer have access to Tokyo 2020 facilities," organizing committee spokesman Masa Takaya told reporters.

"It is impermissible that a person goes out from the Olympic Village for sightseeing," he added.

The other four were accredited contractors from Britain and the United States arrested for allegedly using cocaine before the Olympics opened.

The two judo silver medallists from Georgia were stripped of their Tokyo 2020 accreditation for breaking coronavirus rules by leaving the Olympic Village, an official from their National Olympic Committee said Saturday.

Athletes are tested daily while in Japan, where they are living in biosecure 'bubble' conditions and must leave the country 48 hours after they have finished competing.

Japan is battling record numbers of infections during the postponed 2020 Games and extended a virus state of emergency on Friday.