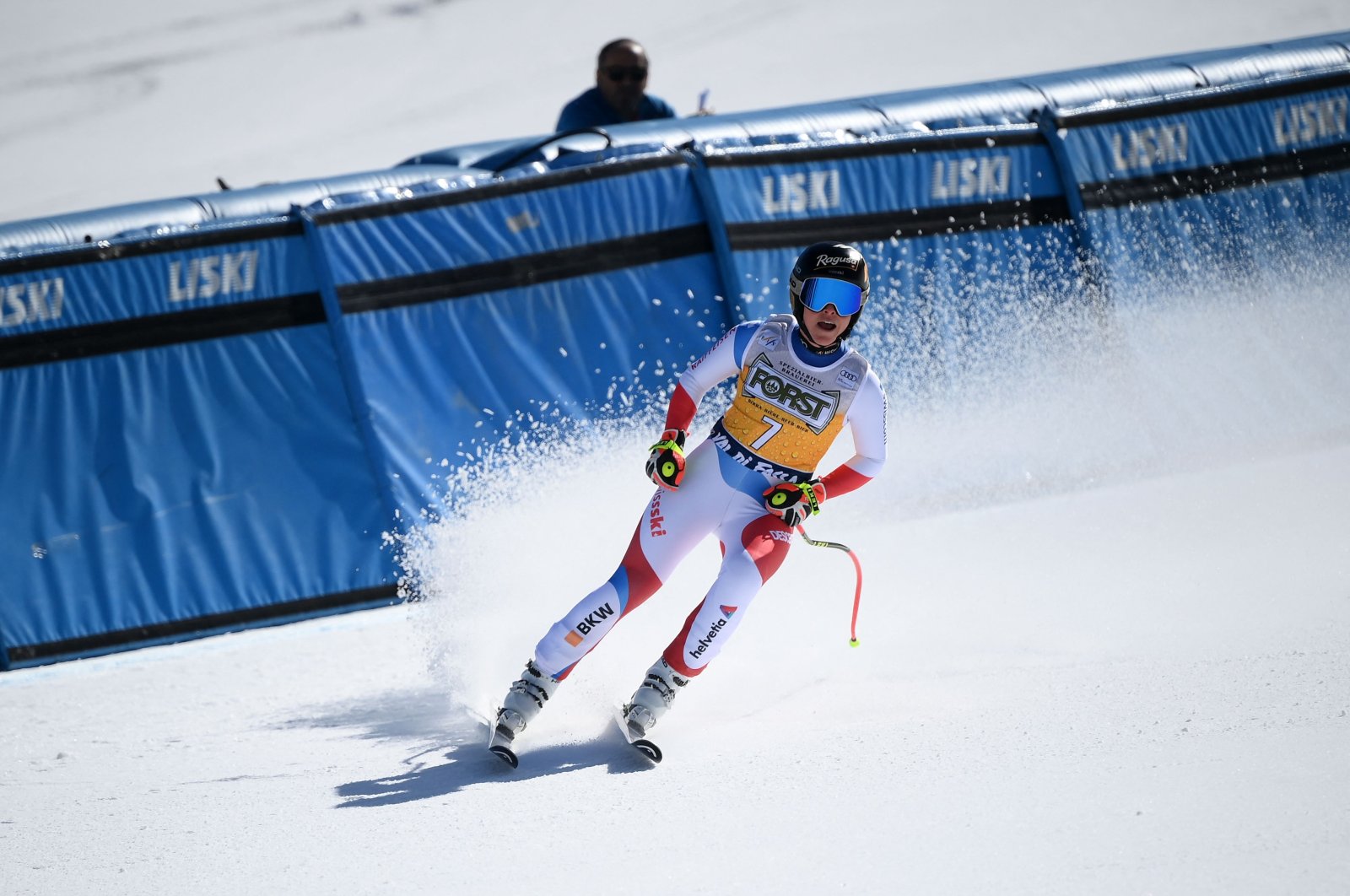 Swiss skier Lara Gut-Behrami is no stranger to Italy given that her husband plays for Genoa and she owns homes in the country, and this time the Italian Alps brought her luck as she made her comeback after a painful few years.

Coming off a performance that included two golds and three medals overall at the skiing world championships, she now has another title – overall World Cup leader. She won a downhill Friday when the regular circuit resumed, moving her ahead of Slovakian rival Petra Vlhova in the standings.

Gut-Behrami finished a slim 0.02 seconds ahead of Ramona Siebenhofer on the sun-drenched Val di Fassa course in the Italian Alps.

Recently crowned world champion Corinne Suter finished third, 0.26 behind, to gain precious points in her pursuit of downhill standings leader Sofia Goggia, who is out injured. Vlhova finished ninth and now trails Gut-Behrami by 29 points in the overall standings, which she had led since November.

Conditions on the San Pellegrino Pass, which was making its debut on the World Cup circuit, were spring-like as the temperature soared to nearly 10 degrees Celsius (50 degrees Fahrenheit).

It was Gut-Behrami’s 31st career World Cup victory and fourth straight speed win on the circuit. It was also her first downhill win this season, to go with her four World Cup victories in super-G. At the worlds in nearby Cortina, Gut-Behrami – who lives in Italy – collected gold in super-G and giant slalom and bronze in downhill. "I’m pleased that all of the work I’ve done is being reflected in my results,” said Gut-Behrami, who blew out her knee after winning the overall title in 2016. "Times have not always been easy over the last few years but I worked together with my father and my team to re-arrange things.” Siebenhofer, an Austrian, collected three fifth-place finishes at the worlds – in downhill, combined and GS. Gut-Behrami trailed Siebenhofer at the final two checkpoints but made up time on the bottom of the Volata course. Kira Weidle, a German who won silver in the downhill at the worlds, finished fourth, while Breezy Johnson of the United States came fifth to drop into a tie for second in the downhill standings with Suter. Goggia is 150 points ahead of both Suter and Johnson, with Gut-Behrami 197 points behind and also still with a chance to overtake the Italian.

Two more downhills remain this season – another race in Val di Fassa on Saturday then one more event at the finals in Lenzerheide, Switzerland, next month. The wins are worth 100 points each. "I don’t look at the standings at the moment,” said Suter, who won both the downhill and super-G World Cup titles last season. "I want to ski fast. This is what counts for me.”

The weekend concludes with a super-G on Sunday. Cornelia Hütter, an Austrian racing for the first time after nearly two years away with knee injuries, finished outside the top 30. Two of this weekend’s races were originally scheduled for Yanqing, China, but were moved from the site of next year's Beijing Olympics because of travel restrictions amid the coronavirus pandemic. Another downhill was then added after it was postponed because of bad weather in Garmisch-Partenkirchen, Germany.