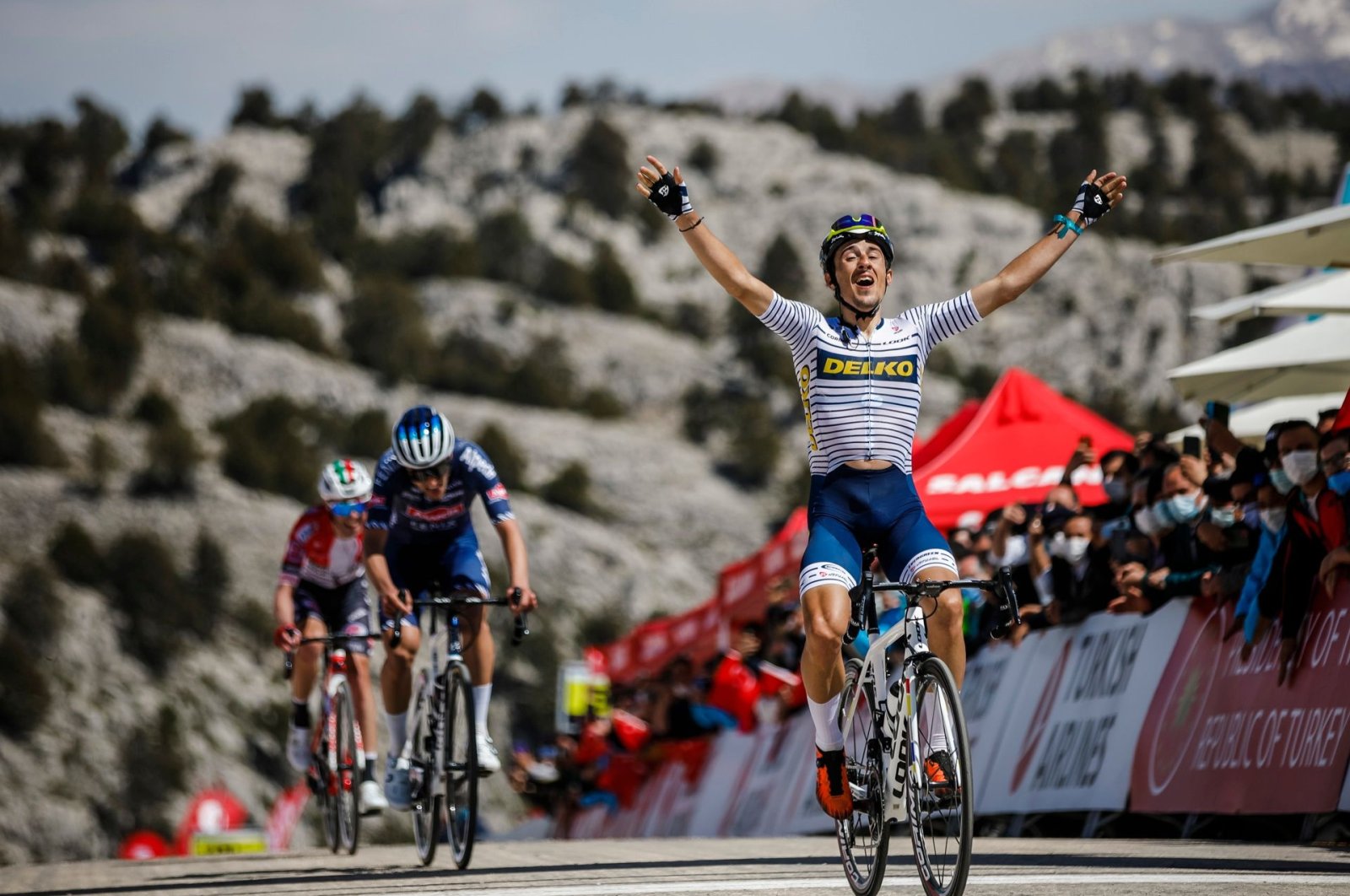 Delko's Spanish rider Jose Manuel Diaz took the lead in the 56th Presidential Cycling Tour of Turkey as he won the 160.3-kilometer (99.4 miles) fifth stage between Kemer and Elmalı, in southern Turkey, Thursday.

With the win above mountainous Elmalı, the only summit finish in the race, Diaz took over the leader's jersey from overnight race leader Mark Cavendish.

Britain's Cavendish finished over 12 minutes down on the day, but the veteran retains the green sprint points jersey thanks to the three flat stages he has won here.

Diaz sprinted ahead of the Australian Jay Vine and the Argentinian Eduardo Sepulveda at the top of the final 12-kilometer climb which had a 6.3% gradient, getting far steeper right at the end.

The young Dane Anthon Charmig broke away 1,500 meters from the line but struggled with the wind and was overwhelmed in the last 200 meters.

Diaz, 26, who had previously won only one stage of the Tour of Rwanda last year, takes over the race lead from Cavendish who will be saving his energy for a fourth win that would take his career tally to 150 wins.

In the general classification, Diaz is 4 seconds ahead of Vine and 6 seconds better off than Sepulveda with three stages still to come.

Under new rules on dangerous riding British rider, Alexander Richardson was disqualified from the race overnight for using a now-banned position of resting the forearms on the handlebars.

Earlier on Wednesday Cavendish made it three in a row by winning the 184.4-kilometer Alanya-Kemer stage.