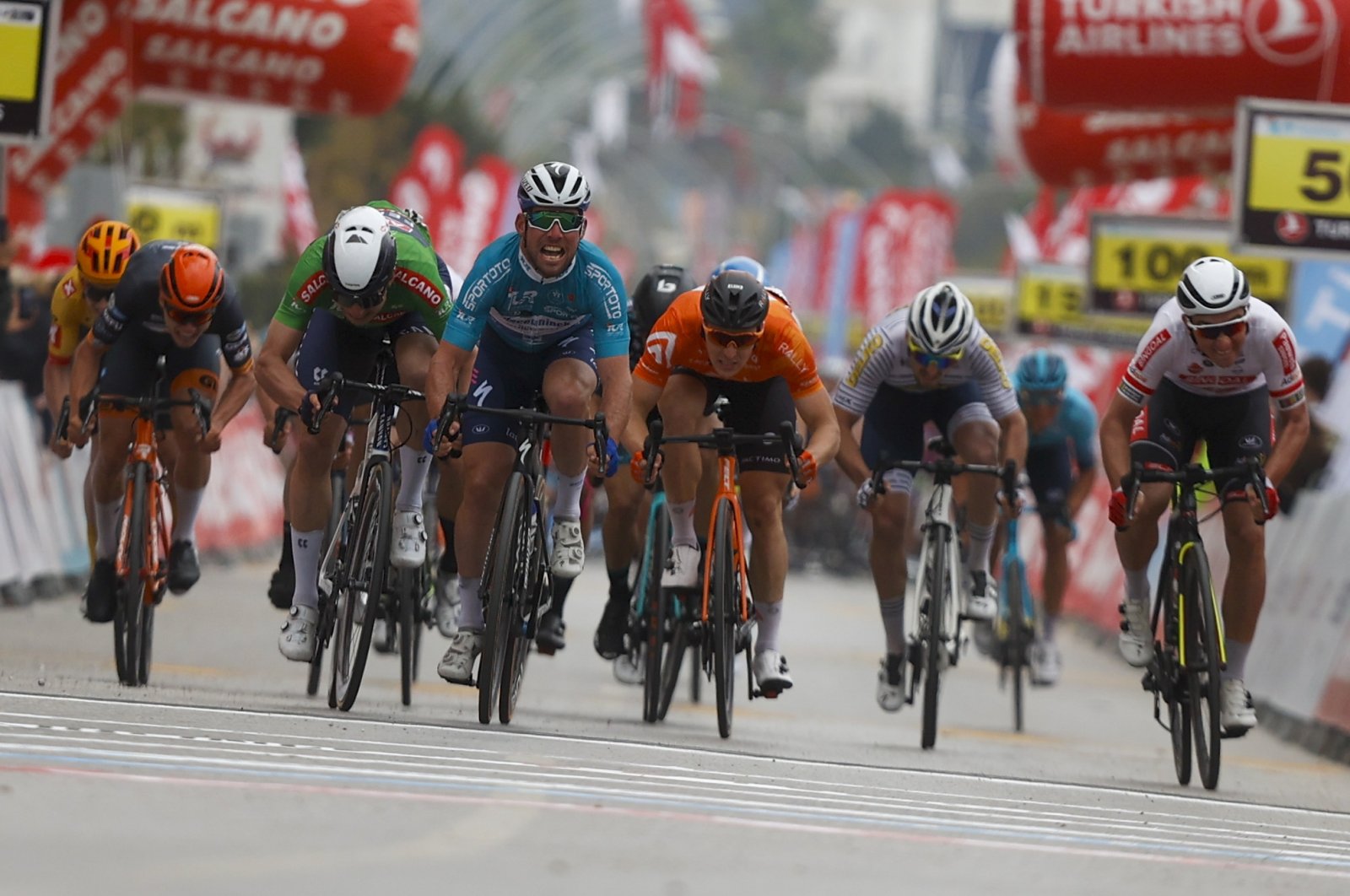 British rider Mark Cavendish made it three in a row on Wednesday as he picked up another win, this time in the 184.4-kilometer Alanya-Kemer stage on the 56th Presidential Cycling Tour of Turkey.

He avoided a late crash on his way to the win that helped him remain in the overall lead of the eight-day event.

The 35-year-old hadn't won a race since 2018 before Monday but was celebrating a third victory in three days after the 184.4-kilometer run from Alanya to the coastal town of Kemer.

Cavendish is now just one win away from his 150th victory after pipping Belgian Jasper Philipsen to the line, while Poland's Stanislaw Aniolkowski was third

The former Madison world champion and winner of 30 Tour de France stages had been suffering from the Epstein Barr virus but seem to have found both his form and his confidence.

"It's irrelevant how many wins are in a row, it's just nice to win again. It's nice that the team believes in me," Cavendish said.

"It was a long old sprint for us today. It was a drag strip. Headwind finish, slightly uphill. It was more of a grind than a speed sprint," he added.

The serious collision happened with 200 meters to go after the leaders had passed and German Alexander Krieger was admitted to hospital due to his injuries.

"He is (and always has been) conscious. We will give you further updates when we have news from the hospital," Krieger's Alpecin-Fenix team posted on Twitter.

The Deceuninck-Quick Step rider Cavendish has a 12 second lead over Alpecin-Fenix's Philipsen ahead of Thursday's 160-kilometer in-land run from Kemer to Elmali with a finish at 1830-meter altitude.

Earlier on Tuesday, Cavendish won the 212.6-kilometer (132.10-mile) Beyşehir-Alanya stage, the longest on the tour, with a timing of 5 hours 10 minutes and 30 seconds.