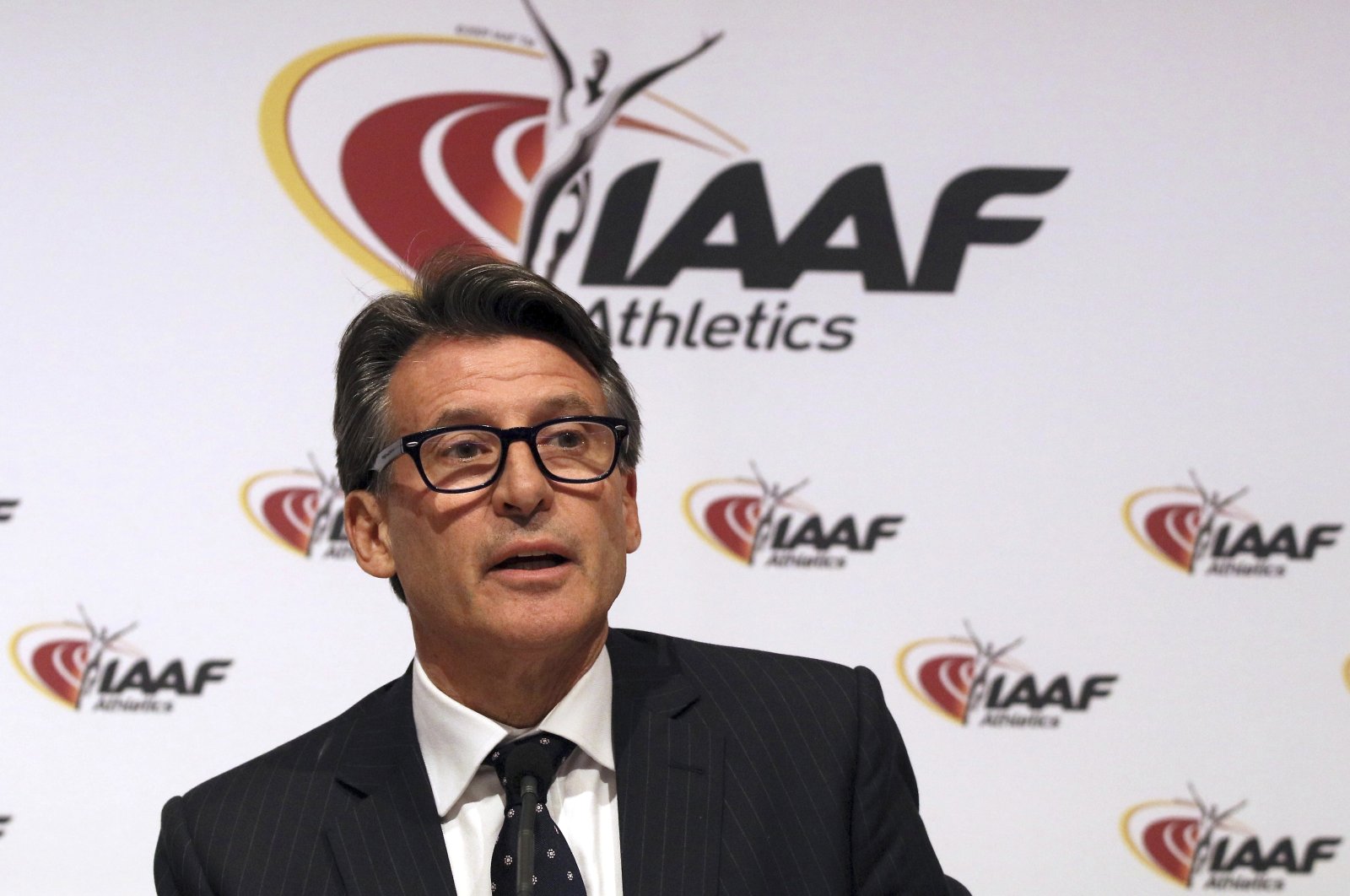 Sebastian Coe speaks during a news conference after a meeting of the International Association Athletics Federations (IAAF) Council at the Grand Hotel in Vienna, Austria, June 17, 2016. (AP Photo)
by French Press Agency - AFP May 17, 2020 8:19 am
RECOMMENDED

World athletics chief Sebastian Coe has warned that sports leaders may rebel against coronavirus pandemic restrictions as they struggle to get major events back on track.

Coe expressed the frustrations felt by many sports chiefs when he said it was crucial to get top events started again even as the virus takes a mounting toll around the world.

"We have to be guided by what governments, the WHO (World Health Organization) and local authorities are telling us, but we also have to make our own decisions and make sensible compromises," Coe, 63, told Indian television channel WION.

"There may be a moment when a sport decides that it is ready to stage events even if it is not always with the approval of those authorities.

"We will be respectful, but we have to make decisions in the best interest of our sport and our athletes," the British former track legend insisted.

Athletics like other key sports has seen its calendar and finances badly hit by the postponement of this year's Olympic Games in Tokyo.

The World Athletics Championships planned for 2021 have had to be pushed back by a year to allow for a provisional plan to stage the Tokyo Games next year instead.

Coe said no one could give a cast-iron assurance that the Olympics will be held.

"Speculating about something that is over a year away is unhelpful," said the former chief of the 2012 London Olympics.

"We are trying to give the athletes some clarity about the calendar and speculation from scientists and medical experts does not help.

"I hope that the pandemic will be contained so that we don't have to cancel the games."

Athletics' Diamond League may only start in August and finish in October. Coe said competitions will look very different with athletes battling each other in empty stadiums.

"Meeting directors will have to take their own decisions about how to get athletes to competition in a safe and secure manner that doesn't risk infection," he said.

"Each event will have to decide on a format for competition with these safety considerations two months in advance.

"Everybody is waiting to return to competition, and organizers will have to be as creative and ingenious as possible in the current circumstances."

In a separate interview with Indian media, Coe said there would be greater use of technology to make events "more exciting" for television viewers and to adapt to the coronavirus threat.

"If you think of relay, the baton exchange could be another source of infection, but we are finding ways to organize it," the World Athletics chief said.

"As a runner I can feel the emotions of the athletes if there is only training and no competition. Therefore we want to provide them with an opportunity to compete and perform."