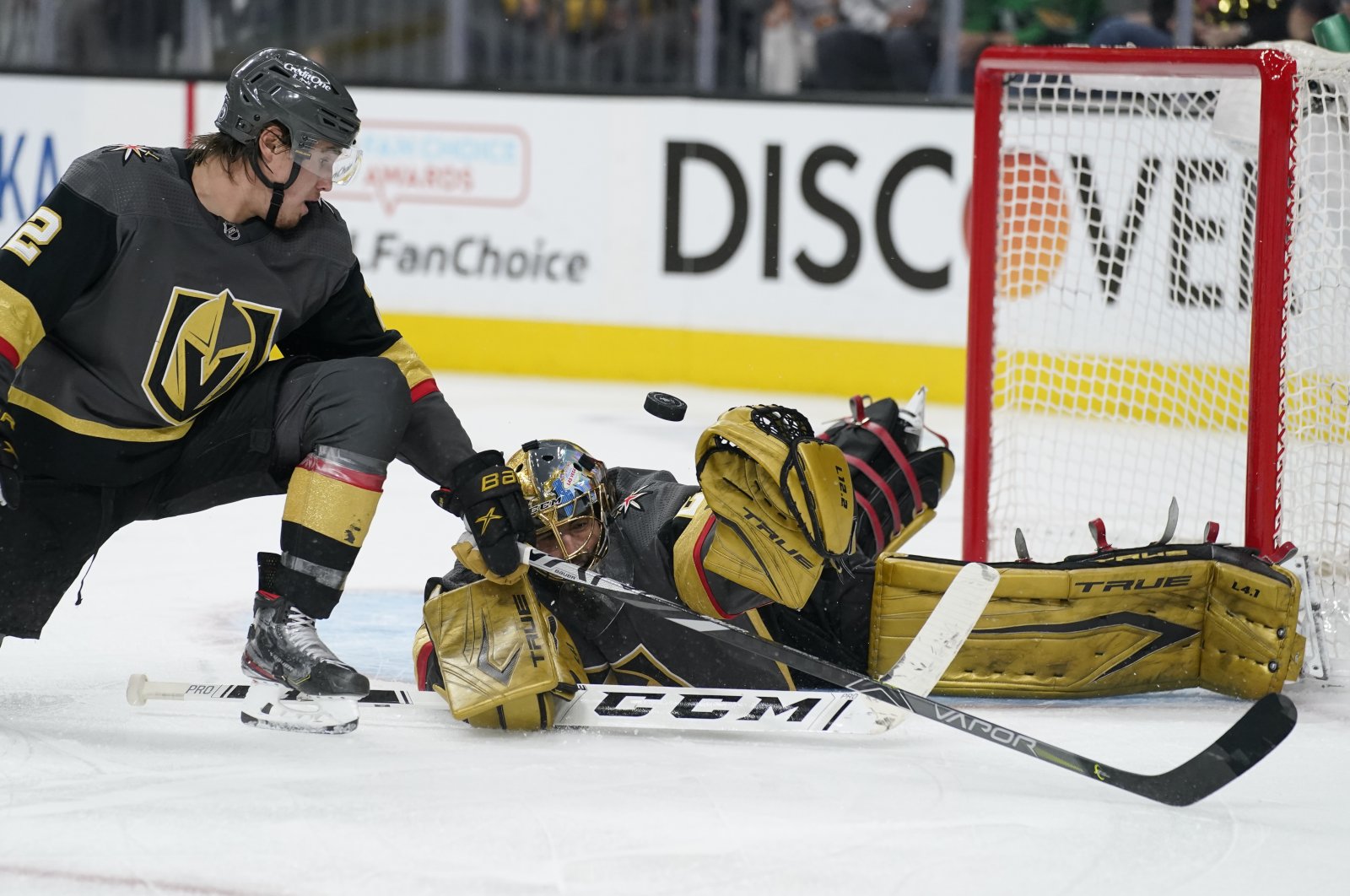 While the final two rounds of ice hockey's storied Stanley Cup playoffs typically would bring together rivals looking to avenge earlier season losses or deliver a not-so-friendly message for a questionable hit on a teammate, this season's semifinals will see opponents taking to the ice and facing off against each other for the first time all season.

After exclusively divisional play this season and through the first two rounds, the hockey playoffs are down to a final four of teams that haven’t played each other all year. The New York Islanders face the Tampa Bay Lightning in one semifinal that is a rematch of the 2020 Eastern Conference final, while the Vegas Golden Knights play the Montreal Canadiens in a playoff series for the first time.

After so much familiarity from seeing the same teams over and over, the final two rounds with the Stanley Cup on the line bring every element of the unknown.

"It’s such a different series in terms of the preparation," Vegas general manager Kelly McCrimmon said. “Now with the Islanders and Tampa Bay, our own series with Montreal, it’s brand new. Starting from scratch.”

The league that has emphasized rivalries for decades limited play within four remade divisions for one season only because of the pandemic. It allowed all 31 teams to complete a condensed, 56-game schedule with 16 making the playoffs.

New York emerged from the East, Tampa Bay the Central, Vegas the West and Montreal the North. Players and coaches from these teams have not thought much about each other all season, let alone scout or prepare for them.

"Different season for everyone," Canadiens coach Dominique Ducharme said. “Different style of play or different teams that you play often, but that’s part of the challenge for everyone right now.”

If Montreal-Vegas, which begins Monday night, goes the distance, the teams will face off more times during one playoff series than they have all-time in the regular season, because the Golden Knights began playing in 2017.

The Lightning and Islanders grinded out a six-game series nine months ago in the postseason bubble in Edmonton, Alberta, so there will be some familiarity when the puck drops Sunday afternoon in Tampa.

“It helps a little bit,” Islanders coach Barry Trotz said. “Most of our players played in that series, so they understand when we’re talking about certain trends or the way they play.”

Tampa Bay won that series last fall before beating Dallas and hoisting the Stanley Cup. With the Lightning, Islanders and Golden Knights in the semifinals again, the NHL has three of the same teams in the final four for the first time since 1991 and 1992.

Vegas center Mattias Janmark and Montreal winger Corey Perry are back in the third round after going on a run to the final with Dallas. Perry said watching games in other divisions helps get past the uncertainty.

“I think you look at our two teams and there’s four lines on both sides, six D, and two great world-class goalies are going to go battle head-to-head,” Perry said. “It’s going to be fun.”

The Lightning are having fun with 2019 MVP Nikita Kucherov back after missing the regular season recovering from hip surgery. Kucherov leads all scorers with 18 points through two rounds of the playoffs.

The Islanders remember how tremendous Kucherov can be, and Tampa Bay now has captain Steven Stamkos playing too. But each team also knows there are some differences masked by not being on the ice together since September.

“Maybe you wish you had played them a little more recently, but at the end of the day, this is the situation we’ve been dealt," Lightning defenseman Ryan McDonagh said. “We knew if we got to this point we were going to have to face a team that we hadn’t played in the regular season.”

Vegas goes into the semis as the favorite. The Golden Knights are the No. 1 seed by virtue of finishing with the most points and are battle-tested after needing seven games to knock off Minnesota and gutting through a tough second-round series against Presidents' Trophy-winning Colorado.

Now to see if the franchise in its fourth year of existence can hold off a challenge from an organization with 24 Stanley Cup titles to get to the final.

"I’ve always believed that to win in the playoffs as you go along, you have to keep getting better," McCrimmon said. “It’s hard to win. Nothing has been easy for us in either series that we’ve played. It’s only going to get tougher as we move on here to the semifinals.”