Barty in semis, Medvedev makes it to Miami Open quarterfinals 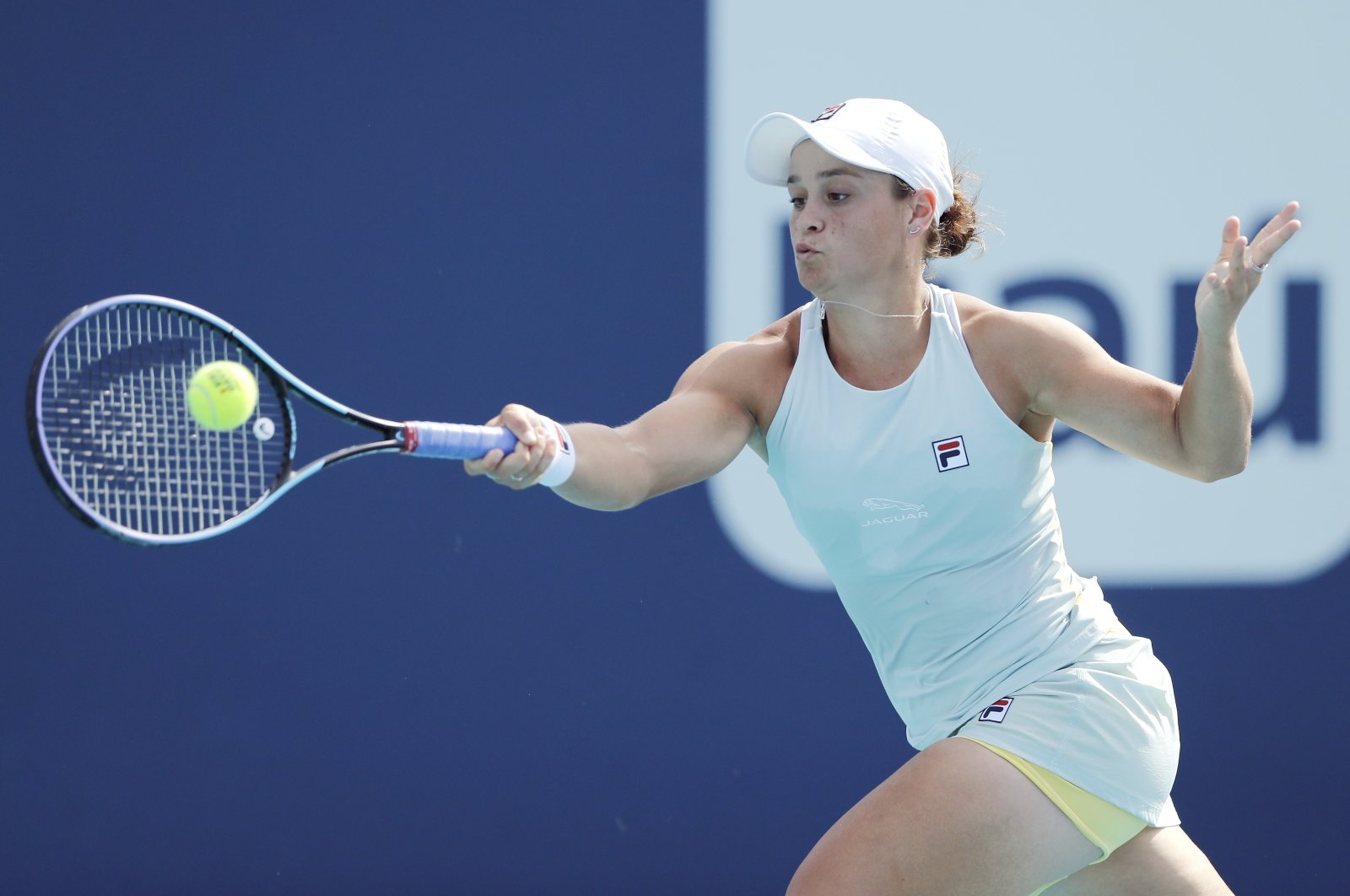 World No. 1 Ashleigh Barty advanced to the semifinals of the Miami Open on Tuesday as Russian top seed Daniil Medvedev booked his place in the quarterfinals of the men's tournament.

Barty battled through her third three-setter of the fortnight to oust seventh-seeded Aryna Sabalenka of Belarus in 2 hours 16 minutes on the Grandstand Court.

The Australian will face Elina Svitolina of Ukraine in the semifinals following her grueling 6-4, 6-7 (5/7), 6-3 win.

After taking a close first set, Barty appeared to be on the brink of victory after grabbing a 3-1 lead in the second set tie-break.

Sabalenka staged a superb recovery however to snatch the tie-break 7-5, forcing a decisive third set.

Barty regrouped in the third though and with Sabalenka clearly in pain clutching her stomach, rammed home her advantage to complete a deserved win.

The victory leaves Barty one semifinal win away from retaining her world number one ranking, though the Australian insisted she was not preoccupied with holding on to the top spot.

"It's an amazing thing to be No. 1 in the world at the moment, but I promise you that's not what makes me happy," Barty said afterward.

"It's a focus of course. I want to try to do the best that I can, but it's not a distraction or a pressure in any way."

Medvedev meanwhile had an easier ride in the men's tournament, easing past Frances Tiafoe of the United States in straight sets, 6-4, 6-3.

The Australian Open runner-up will face Roberto Bautista Agut in the last eight after the Spaniard eliminated John Isner in three sets to avenge his 2019 quarterfinal loss in Miami.

"I think I played a brilliant set the first set, and then with John, you feel always under pressure," Bautista Agut said. "It was a really tough fight until the last point."

"I think mentally I was great out there. I stayed calm. Even when in the tight situations I believed in myself and I went for it," the 20-year-old added.

Korda will face Russia's fourth-seeded Andrey Rublev in the last eight. Rublev reached the quarters with a 6-4, 6-4 defeat of Marin Cilic.

In the other last 16 matches on Tuesday, Italy's 21st-seeded Jannik Sinner downed Finland's Emil Ruusuvuori 6-3, 6-2 to advance to the last eight.

It is the first time the 19-year-old has reached the quarterfinals of an ATP Masters event.

"For me, it means a lot," Sinner said. "The first goal is always trying to improve day after day, going on practice courts and then when you have sometimes good results, it makes you happy."

Sinner will play 32nd seed Alexander Bublik of Kazakhstan in the quarterfinals. Bublik advanced to the last eight with a 6-7 (5/7), 6-3, 6-4 win over 22nd-seeded Taylor Fritz of the United States.