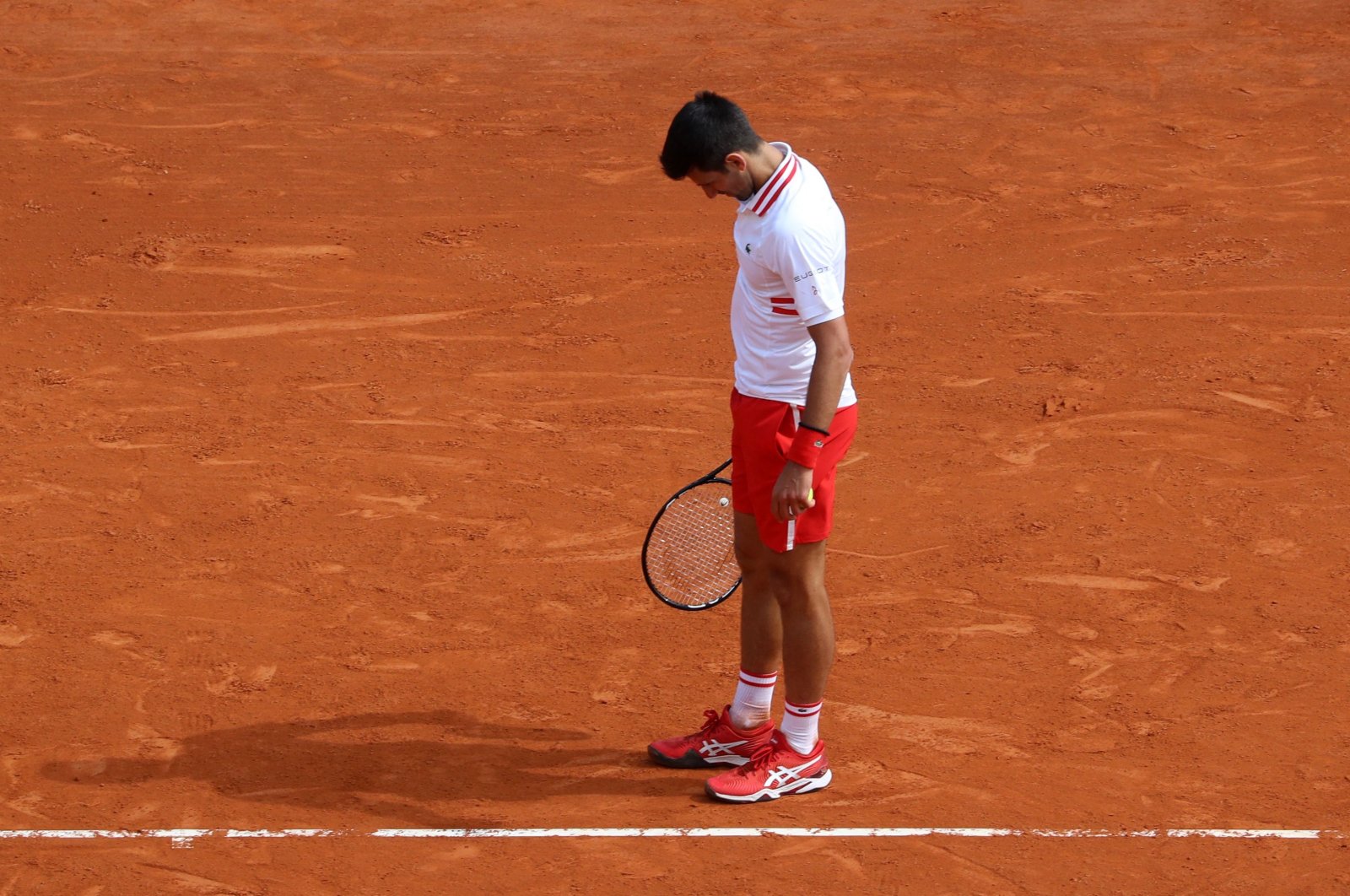 World No. 1 Serbia's Novak Djokovic suffered a shock 6-4, 7-5 defeat against Britain's Dan Evans to crash out of the Monte Carlo Masters last 16 Thursday.

Djokovic, the Monte Carlo champion in 2013 and 2015, was broken five times by the 33rd-ranked Evans and suffered his first loss of the year, having won the Australian Open for the ninth time in February.

Evans, who dumped out this month's Miami Open winner Hubert Hurkacz in the previous round, will play 11th seed David Goffin for a place in the semifinals.

An out-of-sorts Djokovic produced an uncharacteristic 45 unforced errors against Evans, who hadn't won a tour-level match on clay since April 2017 before this week.

"To be honest this has been one of the worst matches from my side I can recall in the last few years," said Djokovic.

"I felt awful on the court overall. Nothing worked. Just one of those days.

"It was just an awful performance. I can't take any positives away from this match. It definitely leaves a bitter feeling exiting the court this way."

Djokovic fell 3-0 behind after dropping his opening two service games but recovered to 4-all before Evans broke again, wrapping up the set in the following game.

The Serb looked to be on the road to recovery as he surged 3-0 ahead in the second, but Evans – facing Djokovic for the first time – got back on serve and defended a break point to hold when trailing 4-3.

While the Evans backhand slice proved particularly effective, it was a double fault from Djokovic that handed his opponent the key break in the 11th game and condemned the top seed to defeat.

"It hasn't sunk in yet," Evans said in his post-match interview. "I couldn't quite believe the last ball went over the net. It nearly didn't."

"You can never be confident coming into such a big match like that against Novak," he added.

"It will be one to savor for maybe after the tournament, to tell the kids and grandkids that you beat the World No. 1. It is a nice one."