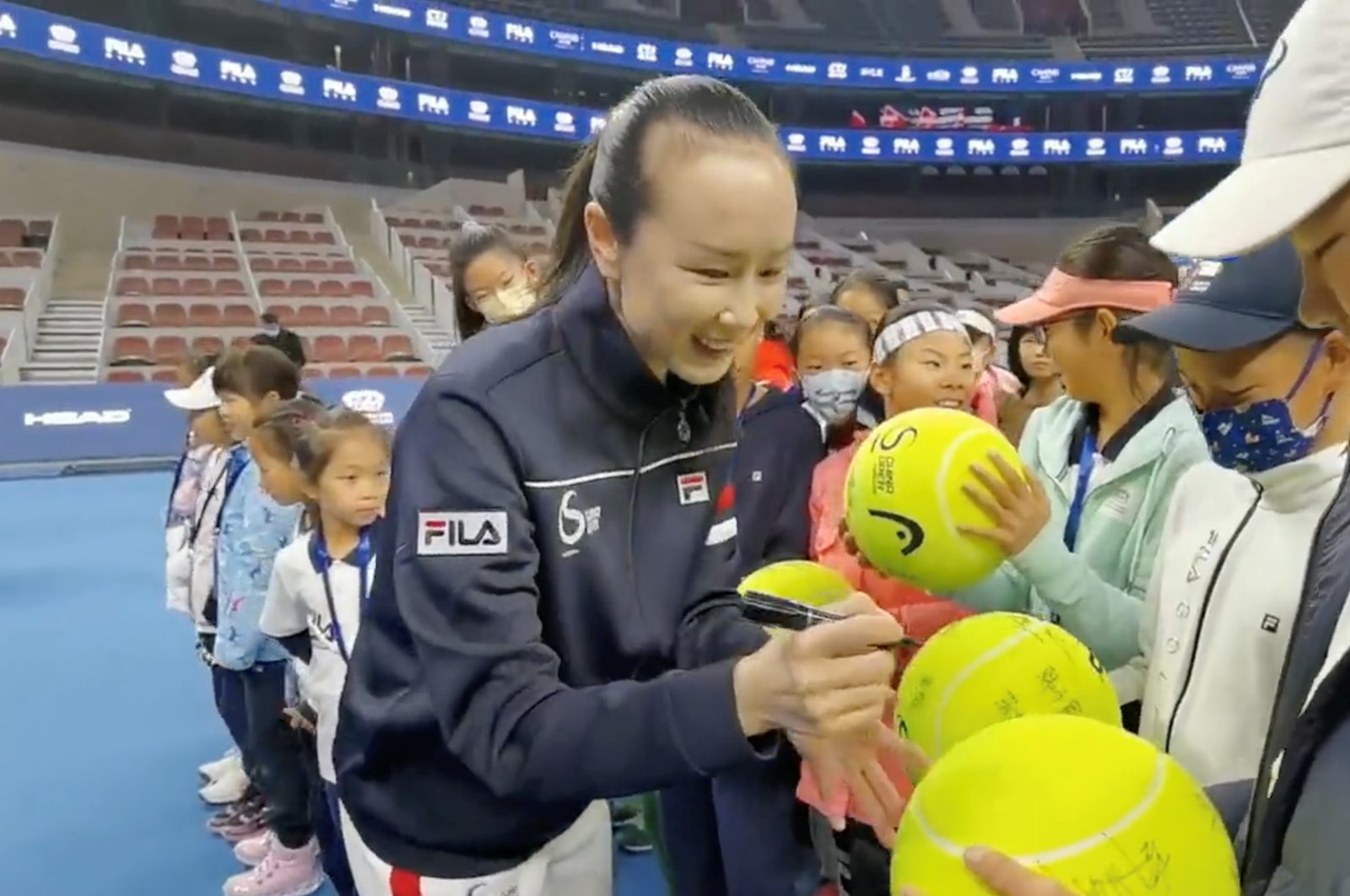 Chinese tennis star Peng Shuai, who recently disappeared from the public eye after her claims about a Chinese politician, said she is doing well in a video conference with the International Olympics Committee (IOC).

The IOC said Sunday its president had had a 30-minute video call with Chinese tennis star Peng Shuai, as international pressure mounted for information about her wellbeing.

"I was relieved to see that Peng Shuai was doing fine, which was our main concern," the Chair of the IOC Athletes' Commission Emma Terho, who participated in the call, said in the statement.

The former doubles world number one had not been seen or heard from publicly before Sunday's appearance at a tennis tournament, since she said on Chinese social media on Nov. 2 that former vice premier Zhang Gaoli had coerced her into sex and they later had an on-off consensual relationship.

Peng represented China in the Beijing, London and Rio de Janeiro Olympics and won gold for China at the 2010 Asian Games.

She is a former Wimbledon and French Open doubles champion.