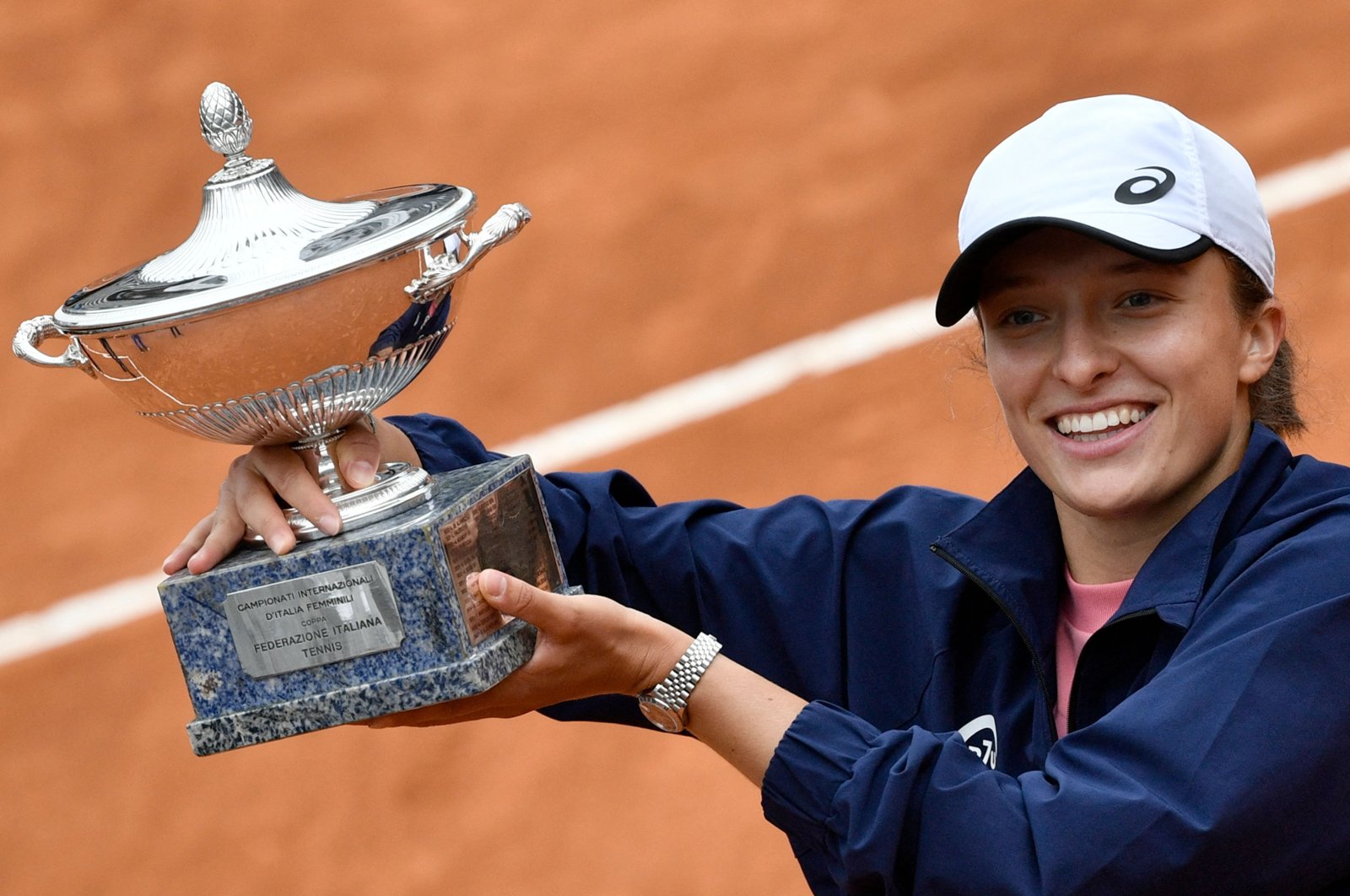 Swiatek, ranked 15, claimed her third WTA title having followed her Roland Garros success with a win in Adelaide in January.

"I'm overwhelmed, at the beginning of this tournament I would not have dreamed of winning it."

Pliskova tried to fight back in the third game of the second set, holding a double break to go 2-1, but the Polish player ruthlessly snuffed out any return.

"I will just quickly forget about today," said Pliskova, who was playing in her third consecutive Rome final.

"I've had some great matches here, in the past I did well."