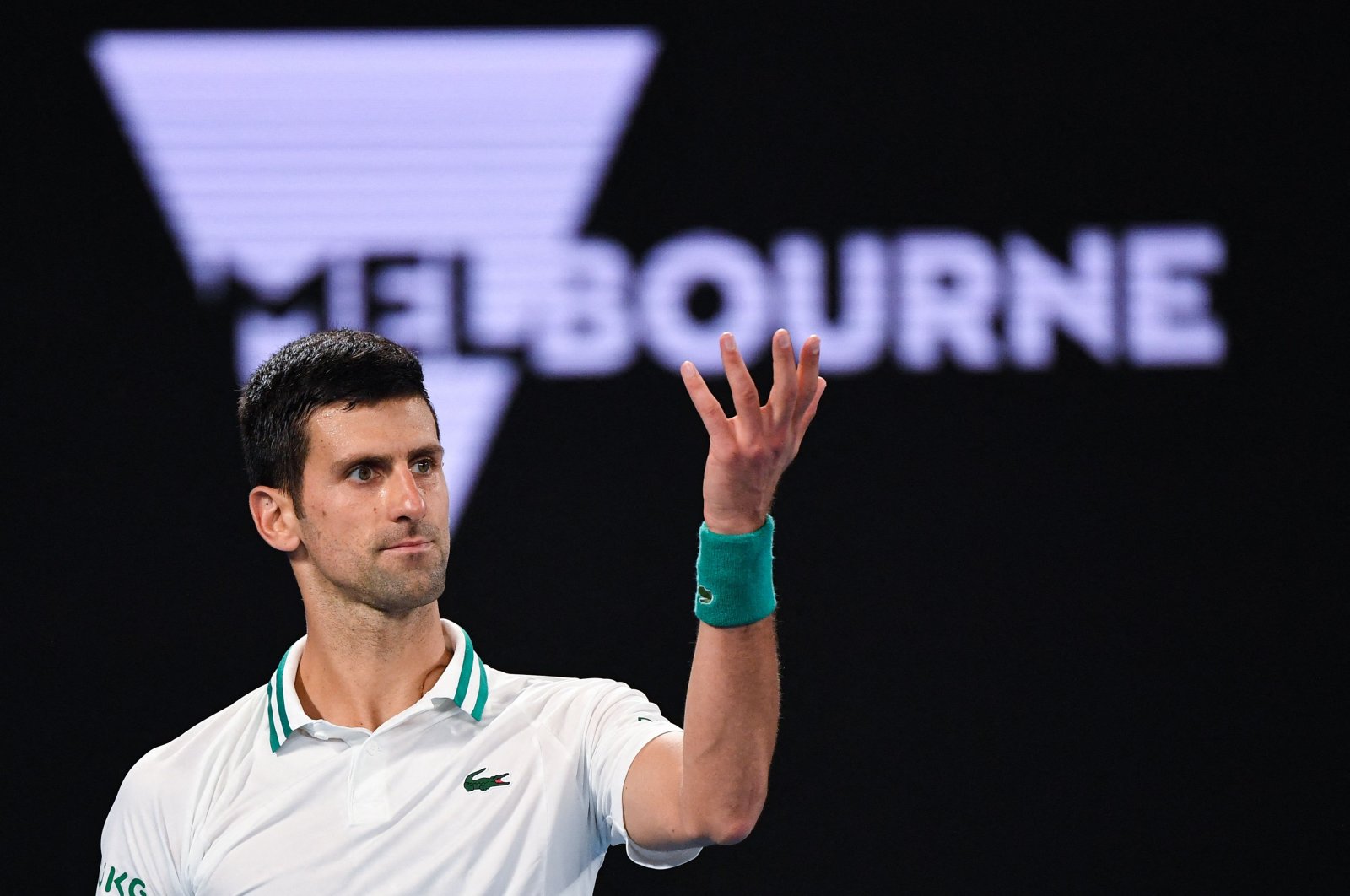 World No. 1 Novak Djokovic's lawyers were battling deportation from Australia after the Serbian was denied entry Thursday amid a storm of protest over a medical exemption from COVID-19 vaccination to play in the Australian Open.

The tennis star was holed up in a quarantine hotel in Melbourne as his lawyers sought an urgent injunction to allow him to stay in the country after he was detained by officials at the border.

The saga, fueled by domestic political point-scoring about the country's handling of a record surge in new COVID-19 infections, has created an international incident with the Serbian president claiming harassment of its star player.

"There are no special cases, rules are rules," Australian Prime Minister Scott Morrison said at a televised media briefing. "We will continue to make the right decisions when it comes to securing Australian borders in relation to this pandemic."

Djokovic, who has consistently refused to disclose his vaccination status while publicly criticizing mandatory vaccines, kicked off the furor when he said on Instagram he had received a medical exemption to pursue a record-breaking 21st Grand Slam win at the Open starting Jan. 17.

The announcement prompted an outcry in Australia, particularly in the tournament host city of Melbourne, which has endured the world's longest cumulative lockdown to ward off the coronavirus.

Australia's adult vaccination rate of about 91% is high by international standards and there is little public sympathy for those who refuse to be inoculated, as the omicron variant sends case numbers to record levels.

However, the move by the Australian government to block his entry caused ructions between Canberra and Belgrade.

Serbian President Aleksandar Vucic said on Twitter he had spoken with Djokovic to reassure the player "that the whole of Serbia is with him and that our bodies are doing everything to see that the harassment of the world's best tennis player is brought to an end immediately."

Morrison said he was aware that "representations have been made" by the Serbian embassy in Canberra and denied the claims of harassment. Morrison said it was an individual case and noted that Djokovic had garnered attention, a possible reference to his anti-vaccination comments and Instagram post.

Djokovic's father told media in Serbia that his son was ushered into an isolation room under police guard when he touched down at Melbourne's Tullamarine airport at about 11:30 p.m. (12:30 p.m. GMT) on Wednesday after a 14-hour flight from Dubai.

A hearing in the Federal Circuit and Family Court of Australia was adjourned until 6 p.m. after Judge Anthony Kelly said he had not received paperwork from Djokovic's lawyers. It was later adjourned until 10 a.m. Monday.

The court has reserved a full hearing date for Monday for the case, but government lawyers have reserved the right to seek a ruling to remove Djokovic from the country before that hearing.

Nick Wood, a lawyer for Djokovic, told the judge that Tennis Australia had advised they needed to know about his participation in the tournament by Tuesday. In response, Kelly said, "the tail won't be wagging the dog here."

Djokovic's fate is tied to a political fight in Australia, characterized by fingerpointing between Morrison's conservative administration and the left-leaning Victorian government led by Premier Dan Andrews.

Under Australia's federal system, states and territories can issue exemptions from vaccination requirements to enter their jurisdictions. However, the federal government controls international borders and can challenge such exemptions.

Djokovic traveled to Australia after receiving an exemption from the Victorian government. That exemption – the reasons for which are not known – supported his federal government-issued visa.

On his arrival, however, Federal Border Force officials at the airport said Djokovic was unable to justify the grounds for his exemption.

The Australian task force that sets the exemption parameters lists the risk of serious cardiac illness from inoculation and a COVID-19 infection within the past six months as qualifiers. However, Morrison said Thursday that Tennis Australia had been advised weeks ago that a recent infection did not meet the criteria for exemption.

Tennis Australia and government officials said Djokovic received no preferential treatment, adding he was among "a handful" of approvals in an anonymous and independent assessment of 26 applications.

The Serbian has won nine titles at Melbourne Park including the last three, but he will likely face a tough crowd if he takes to the court next week.

"I think it might get ugly," Australian tennis great Rod Laver, after whom the main show court is named, told News Corp. "I'd think the Victorian people would be thinking 'Yes I'd love to see him play and compete,' but at the same time there's a right way and a wrong way."

"He deserves his day on court, not in court, in my opinion," McNamee told ABC TV.