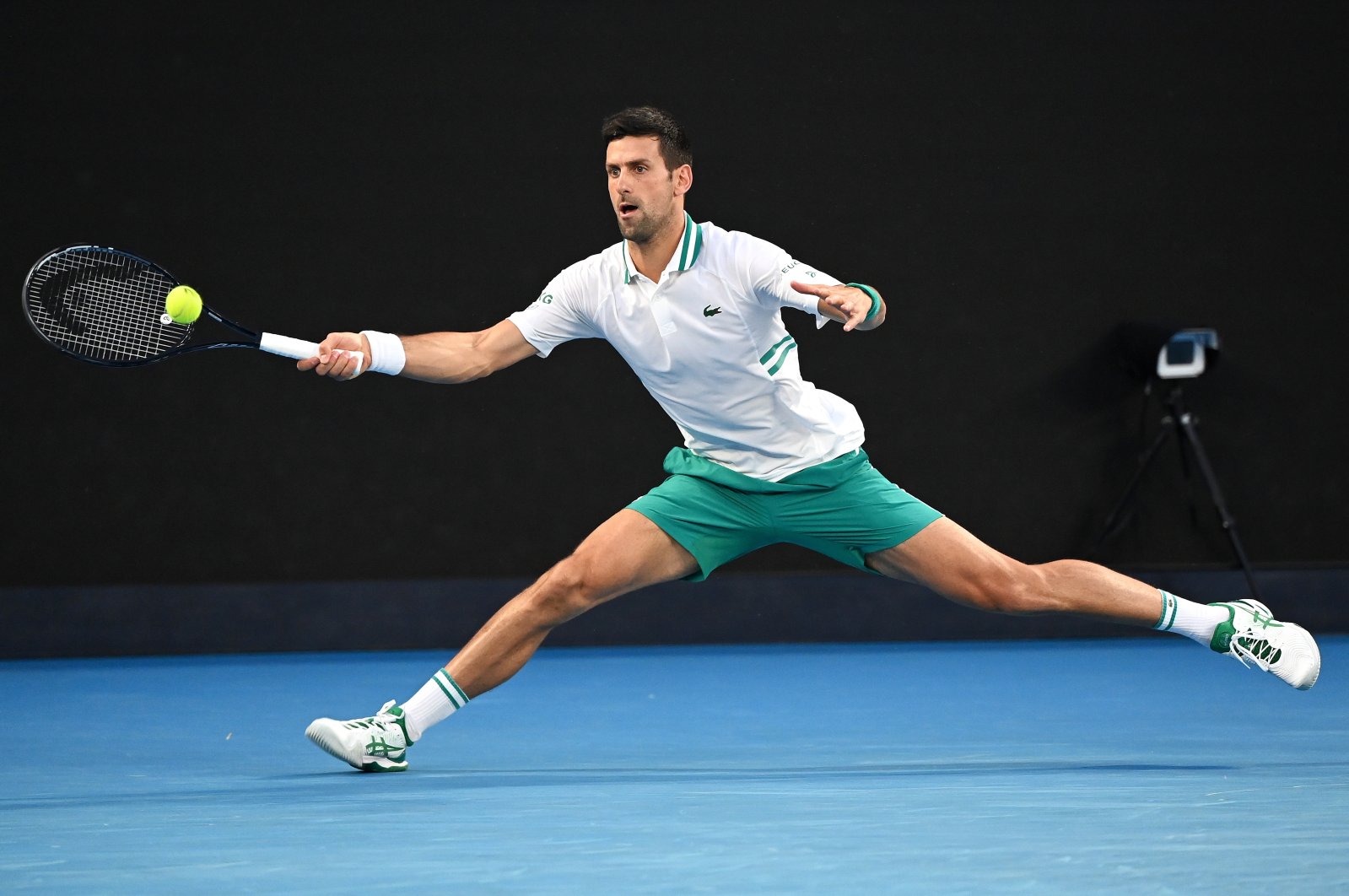 World No. 1 Novak Djokovic ended the dream run of Russian qualifier Aslan Karatsev in the Australian Open semifinals Thursday to maintain his bid for a record-extending ninth title.

The 33-year-old Serb, showing no ill-effects from an abdomen injury sustained in the third round, overwhelmed the 114th-ranked Karatsev 6-3, 6-4, 6-2 to reach his 28th Grand Slam final.

"This is the best I've felt in the entire tournament," said Djokovic, who hit 30 winners and 17 aces.

"I could swing through the ball. No pain. The best match so far."

Djokovic, 34, remains on course for his 18th Grand Slam trophy, nipping at the heels of rivals Roger Federer and Rafael Nadal, who are on 20.

In his way will be either fourth seed Daniil Medvedev or Nadal's conqueror Stefanos Tsitispas, the fifth seed, a clash Djokovic said he was eagerly anticipating.

"I'm going to take the popcorn and enjoy it," he said. "I absolutely have zero preference.

"I thought Stefanos did incredibly well to hang in there because Rafa was playing amazing," added Djokovic.

"Medvedev is the guy. He is playing at the highest level the last three months."

Djokovic, who hasn't been practicing between matches because of his injury, said he hoped to train before the final.

Moving sharper than he has since he was injured while playing Taylor Fritz, Djokovic lifted his intensity in his best performance of the tournament.

Karatsev, however, wasn't disgraced after becoming the first man in the Open era to reach a semifinal on his Grand Slam debut, and just the second qualifier to do so at the Australian Open after Bob Giltinan in 1977.

A wary Djokovic had predicted Karatsev would come out aggressively and he proved right with the underdog undaunted in a free-wheeling approach.

Aside from being briefly menaced by a butterfly as he prepared to serve, Djokovic wasn't rattled and his defensive mastery suffocated Karatsev in the eighth game.

He subsequently clinched the first set with an ace and then put the foot down to break to love.

Karatsev wouldn't go away, almost wiping away Djokovic's advantage before the eight-time champion held serve in a see-sawing 10th game and celebrated with gusto.

Despite some service struggles, Djokovic continued was not to be denied to record his first straight-sets victory since an opening-round romp against Jeremy Chardy.

Journeyman Karatsev, who spent a chunk of his youth in Israel, Germany and Spain, and had failed on nine previous occasions to qualify for a Grand Slam tournament, is set to rocket to 42 on the ATP rankings.