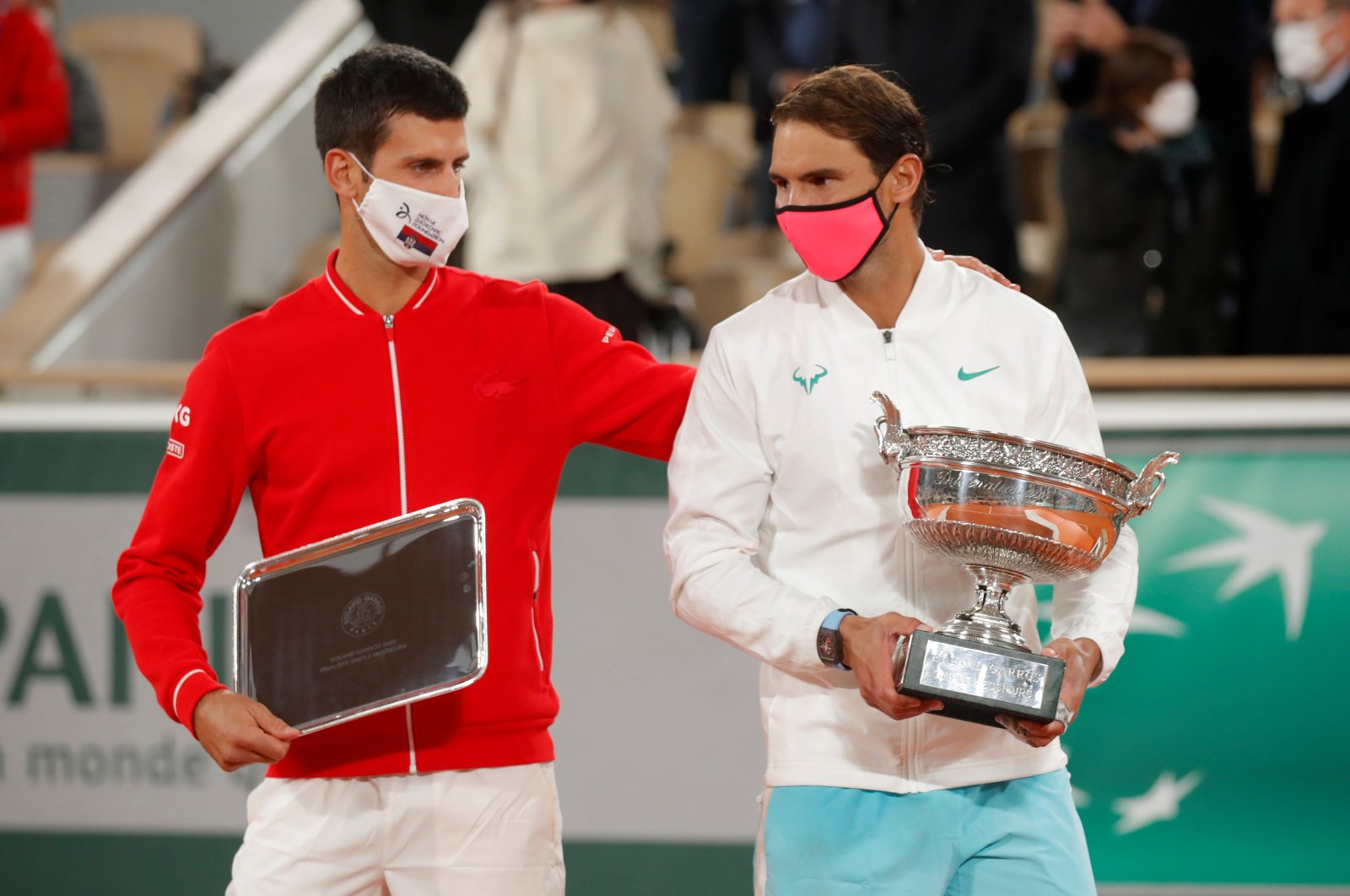 Novak Djokovic and Rafael Nadal begin their clay court seasons in Monte Carlo this week, seeded to meet in the final which would likely be a dress rehearsal for another title showdown at Roland Garros in June.

Djokovic and Nadal haven't played since the delayed Australian Open in February where the world No. 1 Serb claimed his ninth Melbourne title and 18th career major.

He has also since surpassed Roger Federer's record for weeks at number one and will start a 316th week on top of the world from Monday.

Djokovic is a two-time champion in Monte Carlo but has not got beyond the quarterfinals since his most recent title in 2015.

Nadal, who won a 13th Roland Garros title and record-equalling 20th Grand Slam by beating Djokovic in the Paris final in October, is chasing a 12th triumph in Monte Carlo.

There are concerns over the lingering back problem Nadal is carrying ahead of a grueling clay court season which peaks at the French Open from May 30.

Nadal has 71-5 record in Monte Carlo where he has fallen short of the quarterfinals just once – on his debut in 2003 as a 16-year-old.

Since the Australian Open, Nadal has been replaced as world No. 2 by Russia's Daniil Medvedev.

The Australian Open runner-up was the first player outside the "Big Four" of Djokovic, Nadal, Roger Federer and Andy Murray to reach number two in the world since Australia's Lleyton Hewitt in July 2005.

However, he is wary of his chances on clay.

His 10 career titles have all come on hard courts while he has never won a match at Roland Garros in four visits.

"Maybe in 2050 I'll manage to get past the first round at Roland Garros," the mercurial Russian joked.

Missing from the Monte Carlo line-up is Roger Federer who last played in the Principality in 2016 and has never won the tournament.

Federer, who will be 40 in August, only returned to the tour in Qatar in February after 13 months on the sidelines to recover from two knee surgeries.

The veteran Swiss plans to make his 2021 clay court bow in Madrid in the first week of May.

Also missing is world No. 4 Dominic Thiem who, like Djokovic, Nadal and Federer, skipped the Miami Masters recently as he was "not at 100%".

The two-time runner-up to Nadal at Roland Garros opted instead to stay in Austria to practice on clay.

The 2020 Monte Carlo Masters was canceled due to the coronavirus pandemic while this year's event will be behind closed doors.

After an opening-round bye, he will face in-form teenager Jannik Sinner if the Italian gets past Spain's Albert Ramos-Vinolas.

Nadal and Medvedev are in the opposite half of the draw.