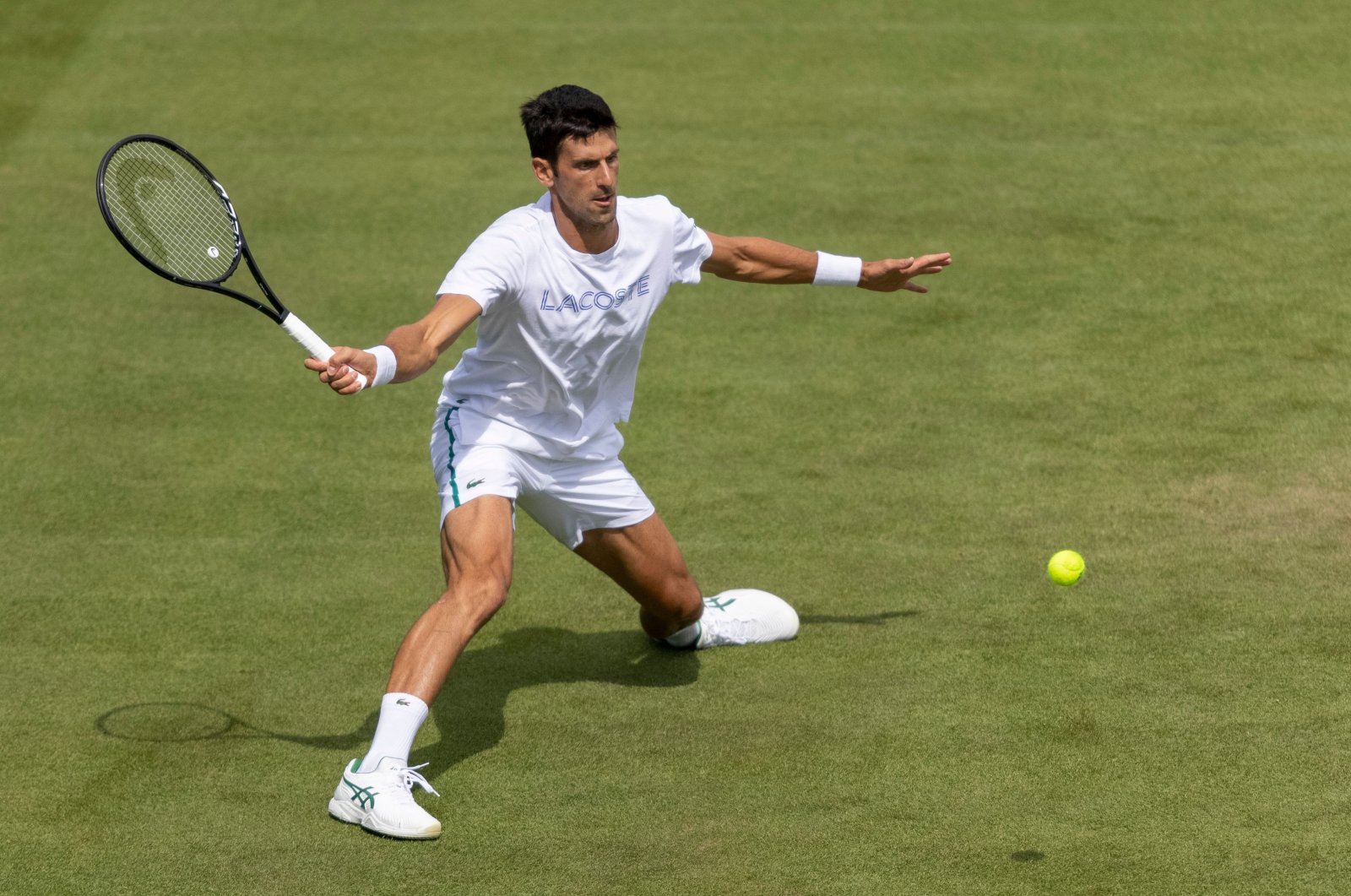 World No. 1 Serbia's Novak Djokovic will have his eyes set on a record-equalling 20th major and sixth Wimbledon title from Monday.

Winning the grass-court title will edge him tantalizingly closer to becoming only the third man in history to complete a Golden Grand Slam, by winning all four Grand Slam titles in a calendar year

It is a feat even his closest rivals Roger Federer and Rafael Nadal have never managed.

"Everything is possible," said 34-year-old Djokovic after winning the French Open earlier this month when asked if the Golden Slam of all four majors and Olympic gold was a realistic target.

Djokovic memorably captured a fifth Wimbledon in 2019, saving two championship points to defeat Federer in the longest ever final at the All England Club at four hours and 57 minutes.

He was deprived of defending his title in 2020 when Wimbledon was canceled due to the pandemic.

Djokovic has won seven of the last 11 Slams as he ramps up his assault on the record of 20 majors held jointly by Federer and Nadal.

The Serb starts his defense on Monday against British world number 250 Jack Draper who was born just 9.5 kilometers (6 miles) from the All England Club.

Nadal, the Wimbledon champion in 2008 and 2010, has already withdrawn from this year's tournament, still scarred by the bruising loss to Djokovic in the French Open semifinals.

Eight-time winner Federer, meanwhile, will be 40 in August and won just one match on grass at Halle in the build-up to Wimbledon.

Federer, who underwent two knee surgeries in 2020, won the last of his eight Wimbledons in 2017 and the most recent of his 20 majors in Australia in 2018.

"Truthfully, I don't think my goal was to play till, whatever, 39 or 40 or more," said Federer Saturday.

"It was maybe more like 35 maybe I was thinking, which was already a high number at the time."

Federer, in the opposite half of the draw to Djokovic, begins his campaign on Tuesday against France's Adrian Mannarino against whom he holds a 6-0 head-to-head advantage.

The rest of the current top 10 have endured relatively mediocre Wimbledon records.

Only 33-year-old Roberto Bautista Agut, a surprise semifinalist two years ago, has reached further than the last 16.

Daniil Medvedev has made only the third round but was buoyed Saturday by a first grass-court title in Mallorca.

Dominic Thiem has withdrawn due to a wrist injury.

Alexander Zverev had a best last-16 run in 2017 but was a first-round loser two years ago while Andrey Rublev has yet to get past the second round.

Of the remainder of the top 10, French Open runner-up Stefanos Tsitsipas and Matteo Berrettini are Djokovic's most likely threats.

Tsitsipas made the last 16 in 2018 before exiting in the first round two years ago.

The Greek, however, is one of the form players of 2021, winning titles in Monte Carlo and Lyon before forcing Djokovic to recover from two sets down in the Roland Garros final.

The Italian made the last 16 in 2019 where it took Federer to stop his progress.

He was also the first man to win the Queen's title on debut since Boris Becker in 1985 – the German went on to win a maiden Wimbledon just weeks later.

Andy Murray, the 2013 and 2016 champion, will hope to ride a national wave of emotion at least into the second week.

But the injury-plagued Briton, a former world number one, is down at 119 in the rankings and has won just two matches all season.

"I'm delighted that I can be back competing here again," said Murray who hasn't played singles at Wimbledon since 2017.

"I'm most excited about being in front of a big crowd and the fans and everything. That's really something that I've missed a lot."

Sixteen years on from his debut at the event, Murray faces Georgia's Nikoloz Basilashvili in the first round.