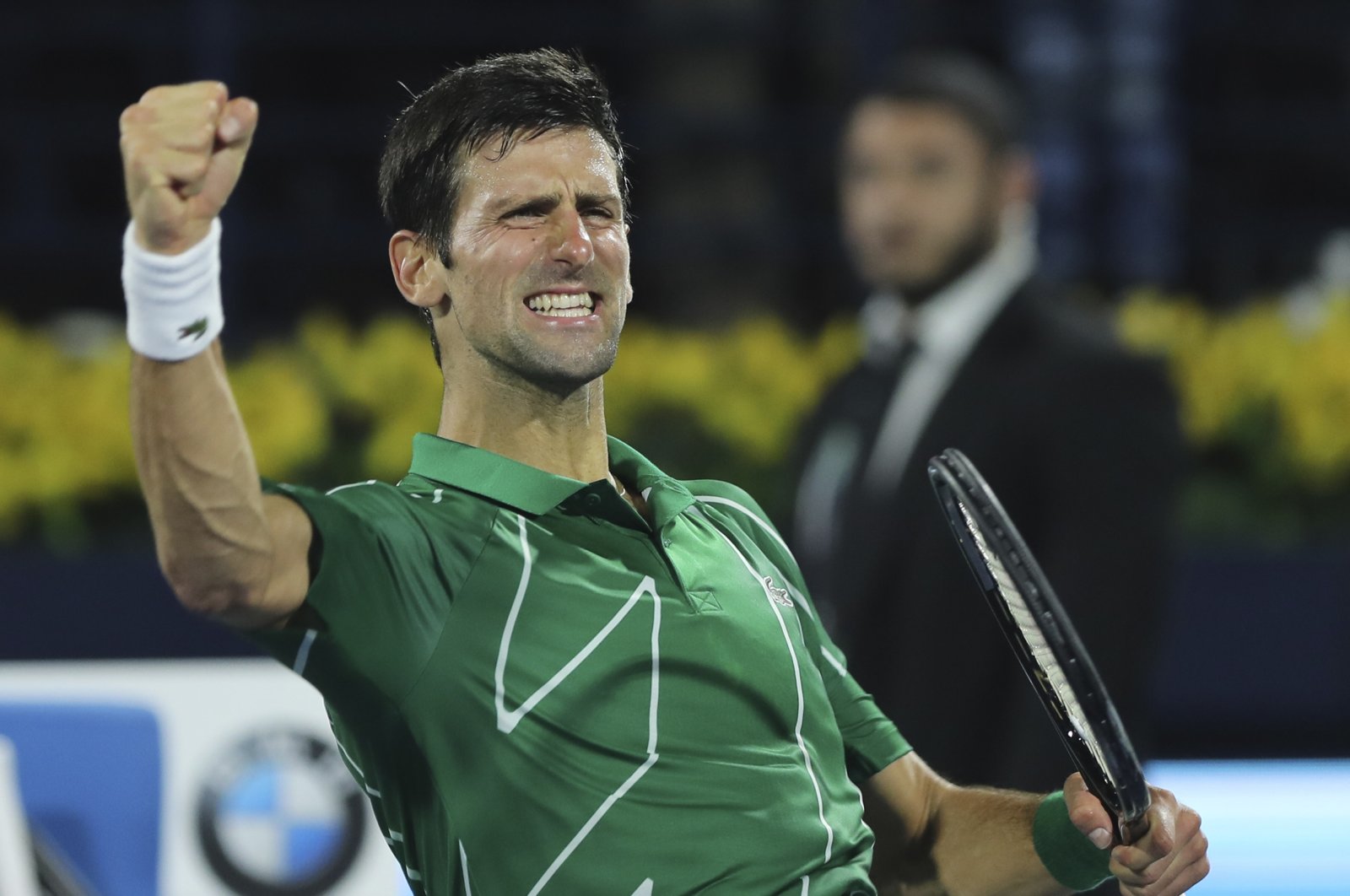 Novak Djokovic said Saturday that he, Roger Federer and Rafael Nadal are organizing aid for players struggling with the paralysis of the game due to the coronavirus pandemic.

"I spoke to Roger and Rafa a few days ago," Djokovic, the world number one, said in an Instagram chat with friend and rival Stan Wawrinka on Saturday.

"We had a long conversation about the near future of tennis, what is going to happen, how we can contribute and how we can help especially lower-ranked players, who are obviously struggling the most."

"The majority of the players who are ranked between 200 and 250 in the world, and the 700th or 1,000th do not have federation support, do not have sponsors. They are completely independent and left alone," he said

He said players, the Association of Tennis Professionals (ATP) and the four Grand Slams "would all get together and will contribute to a player relief fund that the ATP will distribute."

"It looks, hopefully, that there will something between $3 million and $4.5 million that is going to be distributed," he estimated.

Djokovic said the cash could come from the prize money for the season-ending World Tour Finals or the final bonus pools for top players.

"Maybe if we don't have any tournaments this season, we can take a certain percentage from our prize money from Australian Open in January," he said.

"These guys are the grassroots of tennis. The future of tennis. We need to show them they still can rely on the support of the top guys."

According to reports in tennis media, Djokovic, as president of the ATP Players' Council, which also includes Federer and Nadal, proposed to members that players in the top 100 for singles and the top 20 in doubles contribute according to their rankings.

That would raise approximately $1 million, and the ATP would make a similar contribution.

On Friday, ATP chief Andrea Gaudenzi echoed the call for unity on the tour website.

"Our guys are at home, obviously unable to play, unable to earn money and financially struggling, so we will try to help," he said, adding that the ATP faced the problem of not knowing how long the crisis would last and how much revenue it would lose.

"I've been quite touched by the top players who reached out, the big names expressing their desire of helping the lower-ranked players and putting those players first."

"We are also talking with the Grand Slams about it. They may want to join in the effort. I think it would be a great message for the sport."

World tennis has been at a standstill since the beginning of March and will not resume until mid-July at the earliest following the postponement of Roland Garros and the cancellation of Wimbledon.

While the Rafael Nadal Academy, based on the Spanish island of Mallorca, said on its website that it was in talks with the ATP on how to proceed, Mouratoglou released a statement unveiling a planned "league" of 50 matches at his academy near Nice in the south of France and talking of "millions of U.S. dollars in prize money."

The Nadal Academy said it was considering becoming "a campus where elite players can reside, train and compete between themselves in matches that will be televised so that fans around the world can enjoy them."

It said Nadal had originated the idea and that the academy had been in talks with ATP Chairman Andrea Gaudenzi.

"Right now tennis takes a back seat and the most important thing is everyone's health, but if in the coming months the academy can be used to help other professional players, I'd be delighted if they could come to train and also to compete," Nadal said.

"I think that competing among ourselves would help us maintain our game for when the tour restarts."

The academy has hosted a Challenger Tour event, the Rafa Nadal Open, as well as other lower-ranked and junior tournaments.

Mouratoglou's statement said he was planning 10 closed-door matches to be broadcast live at his academy on each of the five weekends under the title "Ultimate Tennis Showdown."

The competition will start on the weekend of May 16 with a match between world number 10 David Goffin and 20-year-old Australian Alexei Popyrin, who is training at the academy and whose father reportedly came up with the idea.

The lineup for later matches has yet to be decided.