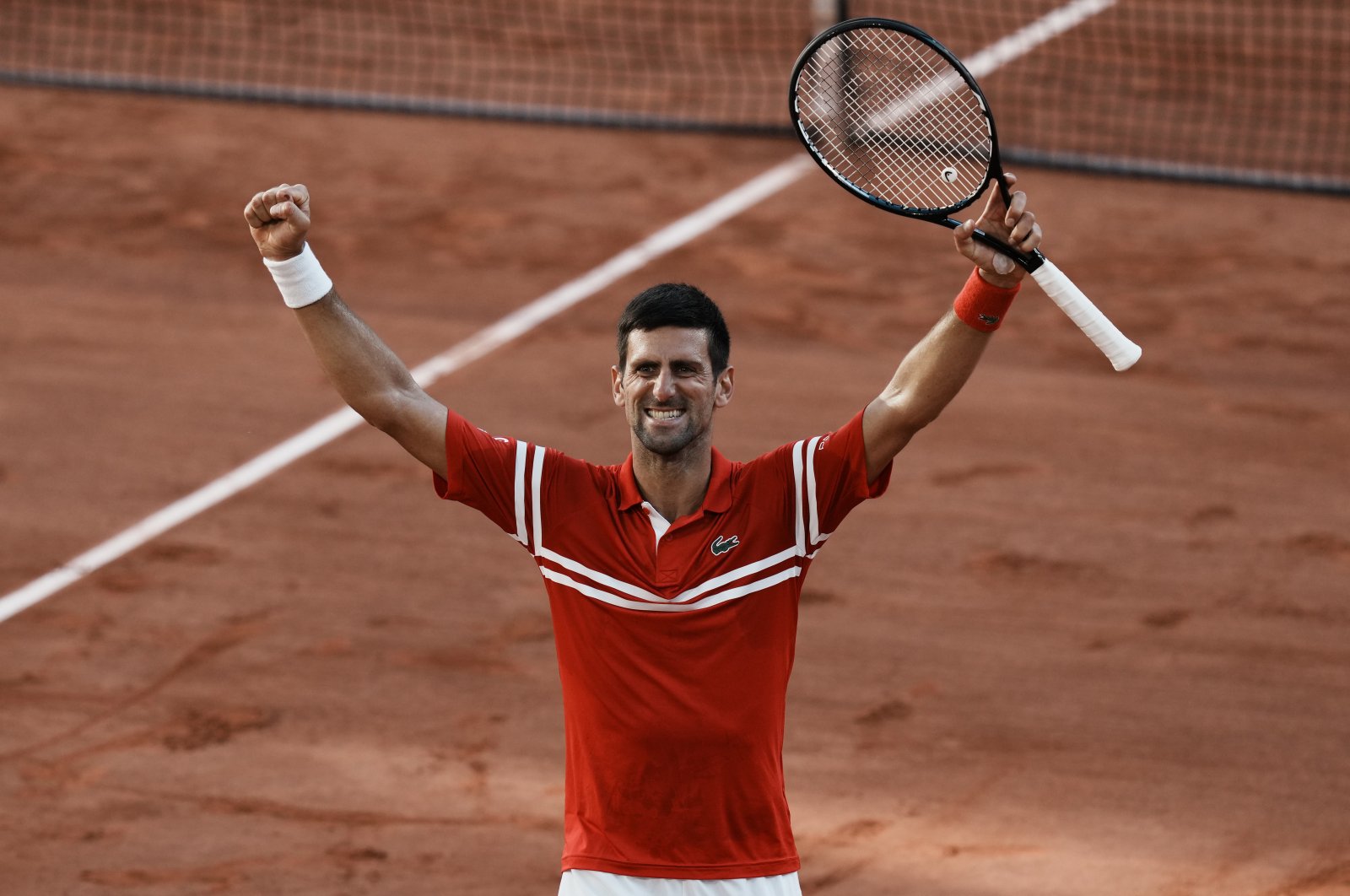 World No. 1 Novak Djokovic made history Sunday as he came from two sets down to beat Stefanos Tsitsipas in a thrilling French Open final.

With the win, Djokovic claimed his 19th Grand Slam title and became the first man in 52 years to win all four majors twice.

Djokovic is now just one major away from equalling the all-time record of 20, jointly held by Roger Federer and Rafael Nadal.

It was a second French Open crown for Djokovic after his 2016 victory and adds to his nine Australian Opens, five Wimbledon titles and three at the U.S. Open.

The 34-year-old is the first man since Rod Laver in 1969 to win all four Slams on multiple occasions and just the third in history.

Djokovic had also spent more than four hours on court on Friday to knock out defending champion Nadal.

"It was an electric atmosphere. I want to thank everyone who has been with me on this journey," said Djokovic.

"I have played almost nine hours over the last 48 hours against two great champions, it was really tough physically over the last three days, but I trusted in my capabilities and knew I could do it."

Djokovic is the first man ever to win a Slam title by twice coming back from two sets down following his last-16 battle with Italian teenager Lorenzo Musetti.

Djokovic now has 84 career titles in total while Sunday's win pushed him to the brink of $150 million in prize money.

Next on the list is an assault on a calendar Grand Slam, only achieved in the men's game by Don Budge in 1937 and Laver in 1962 and 1969, by defending his Wimbledon crown and then winning a fourth U.S. Open.

On top of that, Djokovic also wants the Olympic gold medal in Tokyo to complete the first-ever Golden Grand Slam by a male player.

"His goal and our goal is to win the Olympics and then win the Grand Slam," said coach Marian Vajda.

Tsitsipas, meanwhile, said he was inspired to follow in Djokovic's footsteps.

"I had good run here so I am happy with myself," said Tsitsipas.

"Novak has shown what a great champion he is and I hope one day to have half of what he has achieved.

"I tried my best. I had a good run and I'm happy with myself."

Tsitsipas survived a nervy opening service game, having to save two breakpoints.

Djokovic, by contrast, didn't concede a point in his first three service games.

But suddenly he faced a set point in the 10th game courtesy of an ugly shank but saved it after a 26-shot rally.

Fired up by a time violation, Djokovic broke for the first time for a 6-5 lead but was unable to serve out the opener as a series of razor-sharp returns put Tsitsipas back on level terms.

In a dramatic tiebreaker, Tsitsipas saw 4/0 and 5/2 leads disappear.

He had to save a set point before claiming the opener after 70 minutes when Djokovic fired a forehand wide.

Dropping the opening set at this year's Roland Garros was familiar territory for Djokovic.

He had to recover from two sets down to beat Musetti and lost the opener against 13-time champion Nadal on Friday.

Tsitsipas, 12 years the world No. 1's junior, broke again in the first game of the second set as the 2016 champion looked increasingly weary in the 30-degree afternoon heat.

The Greek edged ahead 5-2 and pocketed the second set with his eighth ace of the contest.

But the top seed wasn't finished, breaking in the fourth game of the third set to cut the deficit.

Tsitsipas then called the trainer to treat a back problem which also gave him the opportunity to change the clay-covered shirt he'd worn since a first set tumble.

As the shadows swept across Court Philippe Chatrier, Tsitsipas' mood also darkened as he slipped 3-1 down in the decider.

As the clock ticked past four hours, he fought off two more breakpoints in the seventh game but Djokovic was not to be denied his latest slice of history, taking the glory on his second championship point.