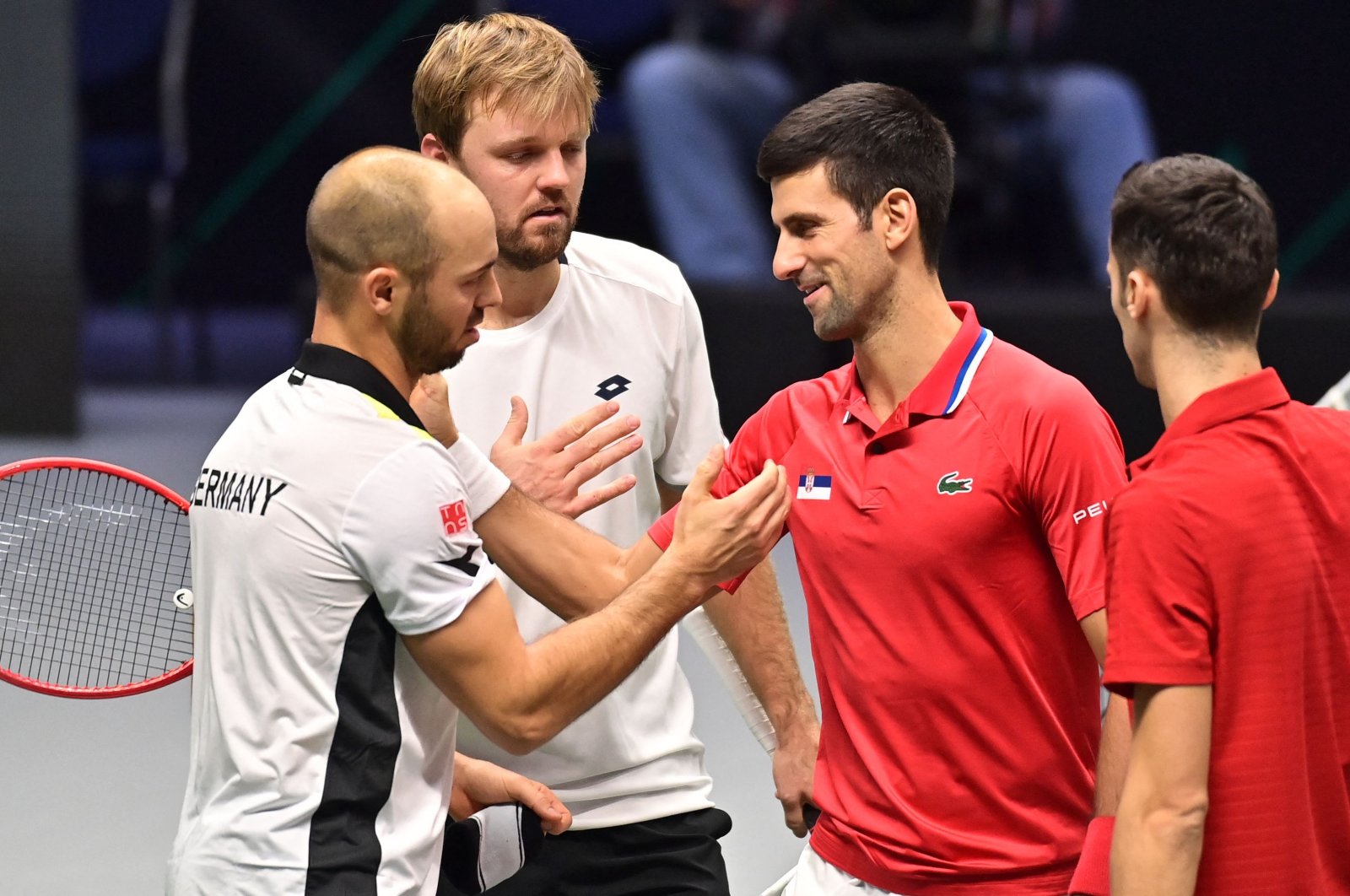 Germany handed Serbia, led by world No. 1 Novak Djokovic, a shock defeat in the Davis Cup Finals, while Daniil Medvedev led the Russians to an opening win on Saturday.

Djokovic and Nikola Cacic lost a dramatic deciding tiebreaker in their doubles rubber.

The matches in Austria are being played behind closed doors due to new coronavirus restrictions in the country.

Germany will qualify for the quarterfinals from Group F if it can beat Austria on Sunday, which would leave Serbia waiting to see if it progresses as one of the two best runner-up.

Djokovic is hoping to cap a brilliant season, which saw him only miss out on a calendar Grand Slam with defeat by Medvedev in the U.S. Open final, by helping his country win the Davis Cup for the first time since 2010.

The Russians, among the title favorites, made a perfect start to their campaign with a 3-0 victory over Ecuador.

World No. 5 Andrey Rublev overcame a second-set blip against 291st-ranked Roberto Quiroz to win 6-3, 4-6, 6-1 in the opening rubber in Madrid.

Medvedev then ensured his team would win the tie by thrashing Emilio Gomez 6-0, 6-2 in under an hour.

Gomez was given a huge cheer by the crowd when he finally got on the board in the eighth game.

"I was ready for it," said the world No. 2. "I wanted to keep it clean from the first to the last point of the match.

"I'm really happy to bring a point to the team."

Italy became the first team to reach the last eight, backing up its win over the U.S. by seeing off Colombia to wrap up top spot in Group E.

Norrie, ranked 12 in the world, trailed 4-1 in the tiebreak before rebounding to secure a match point at 6-5.

The 71st-ranked Rinderknech saved it but then let two set points slip before Norrie took the rubber on his second match point.

"For me, it's unbelievable to be back on the team playing for my country," said Norrie, who was playing just his third Davis Cup tie.

"It is also nice to prove myself again, to keep the pressure on and keep playing big matches."

Rinderknech then helped Mahut keep their slim hopes alive of securing one of the two best runner-up spots by outclassing Joe Salisbury and Neal Skupski 6-1, 6-4.

Dan Evans had earlier given Britain a great start by beating Adrian Mannarino 7-5, 6-4.

Kazakhstan could be a surprise quarterfinalist, if it beats a much-weakened Canada team on Sunday, after pulling off a 2-1 win over Sweden.

The Swedish singles duo of brothers Elias and Mikael Ymer looked on course to win their second successive match after disposing of Canada 3-0 in the opener.

Younger brother Mikael was looking well poised at a setup and 4-4 in the second against the talented but unpredictable Alexander Bublik.

The world No. 36, though, roused himself and produced some stunning tennis to reel off the next six games and take the rubber.

The Kazakhs completed their come-from-behind victory as Andrey Golubev and Aleksandr Nedovyesov breezed past Andre Goransson and Robert Lindstedt 6-3, 6-3.

Australia is all but out of the competition despite a battling 2-1 win against Hungary.