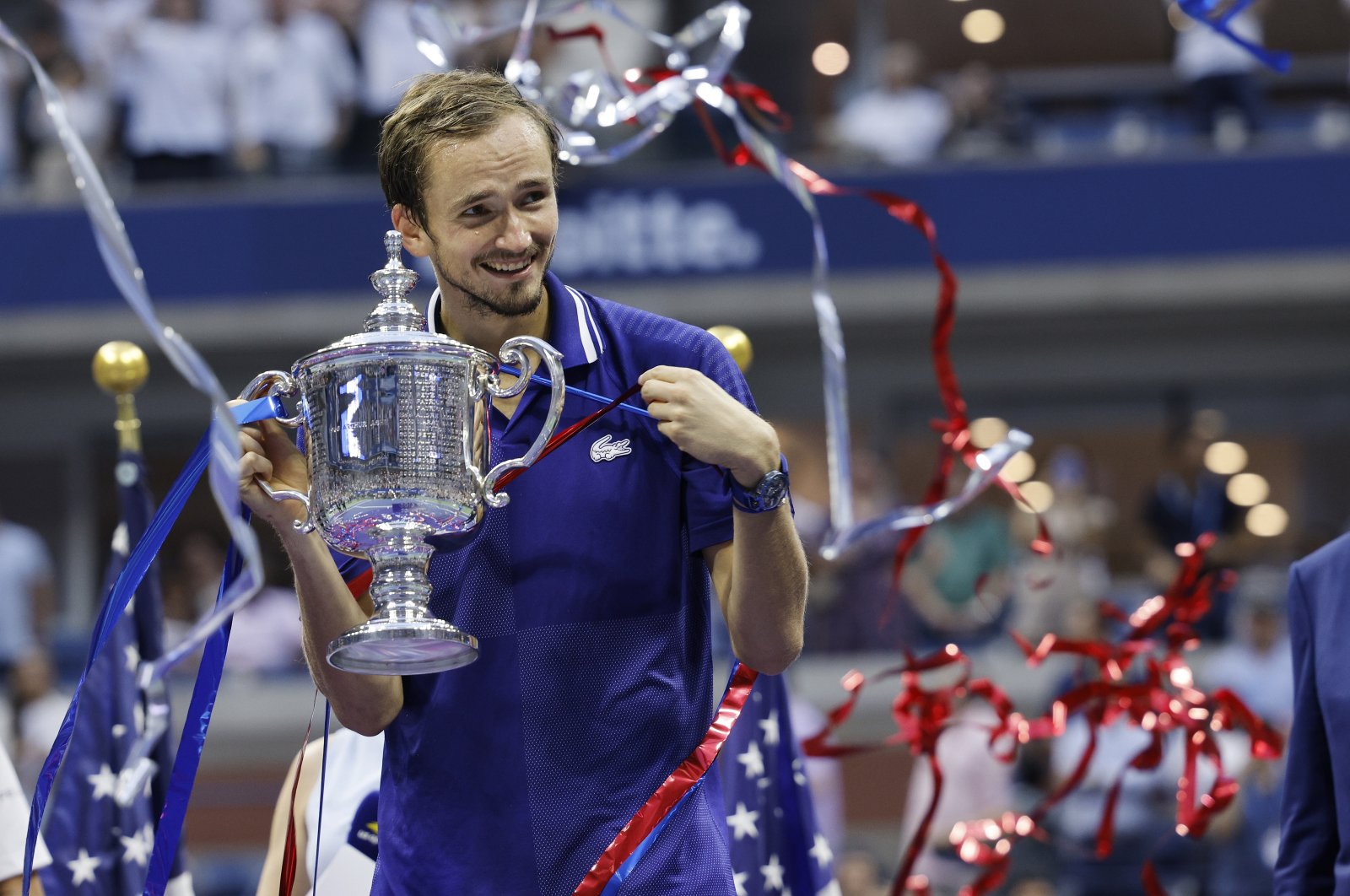 Russia's Daniil Medvedev clinched the 2021 US Open title on Sunday with a stunning 6-4, 6-4, 6-4 win that ended world No. 1 Novak Djokovic's bid for a record 21st major title that would have completed the calendar Grand Slam.

Medvedev, playing in his third major final, at last hoisted a Grand Slam trophy while avenging a straight-sets defeat by Djokovic earlier this year in the Australian Open final.

The Serb was trying to become the first man in over a half-century to win all four majors (Australian Open, French Open, Wimbledon, and the U.S. Open) in the same year.

For the fifth consecutive match, Djokovic found himself in an early hole after dropping the first set. But this time there would be no way out as the rampaging Russian kept up the pressure with a barrage of aces while allowing Djokovic a single break.

Such was Medvedev's domination that the only tiny bit of drama came late in the third set when the Russian was suddenly hit by a bout of nerves trying to close out the match.

Serving at 5-2 Medvedev double-faulted on match point, allowing Djokovic to secure his one and only break.

After Djokovic held serve to trim the deficit to 5-4 Medvedev again had a match point and again double-faulted.

But the 25-year-old did not squander a third chance, gathering himself to clinch the title on his third attempt.

Djokovic arrived on Arthur Ashe Stadium court with the weight of history on his shoulders.

An extraordinary women's final on Saturday between teenagers Emma Raducanu and Leylah Fernandez had softened the spotlight's glare but there was no shirking from it Sunday with tennis fans around the world tuned in to witness history.

The women's final was the first Grand Slam to feature two unseeded players but the men's followed the form book to the letter with No. 1 Djokovic meeting No. 2 Medvedev.

The New York crowd had never really embraced Djokovic the way it wrapped its arms around Swiss Roger Federer and Spaniard Rafa Nadal, who have also won 20 Grand Slam titles.

It had also shown no real love for Medvedev, the lanky Russian, who relished the role of U.S. Open villain on his way to the 2019 final.

Perhaps sensing they were about to witness something special, the crowd rallied behind Djokovic from the moment he stepped on court showering him with cheers and chants of his nickname: "Nole, Nole, Nole". But no amount of urging could lift Djokovic's game.

The Serb had said he would treat the final as if it were the last match of his career but never came close to his best.

Medvedev was also keenly aware there was a line in the history books for him as well if he were the player to deny Djokovic the coveted calendar-year Grand Slam.