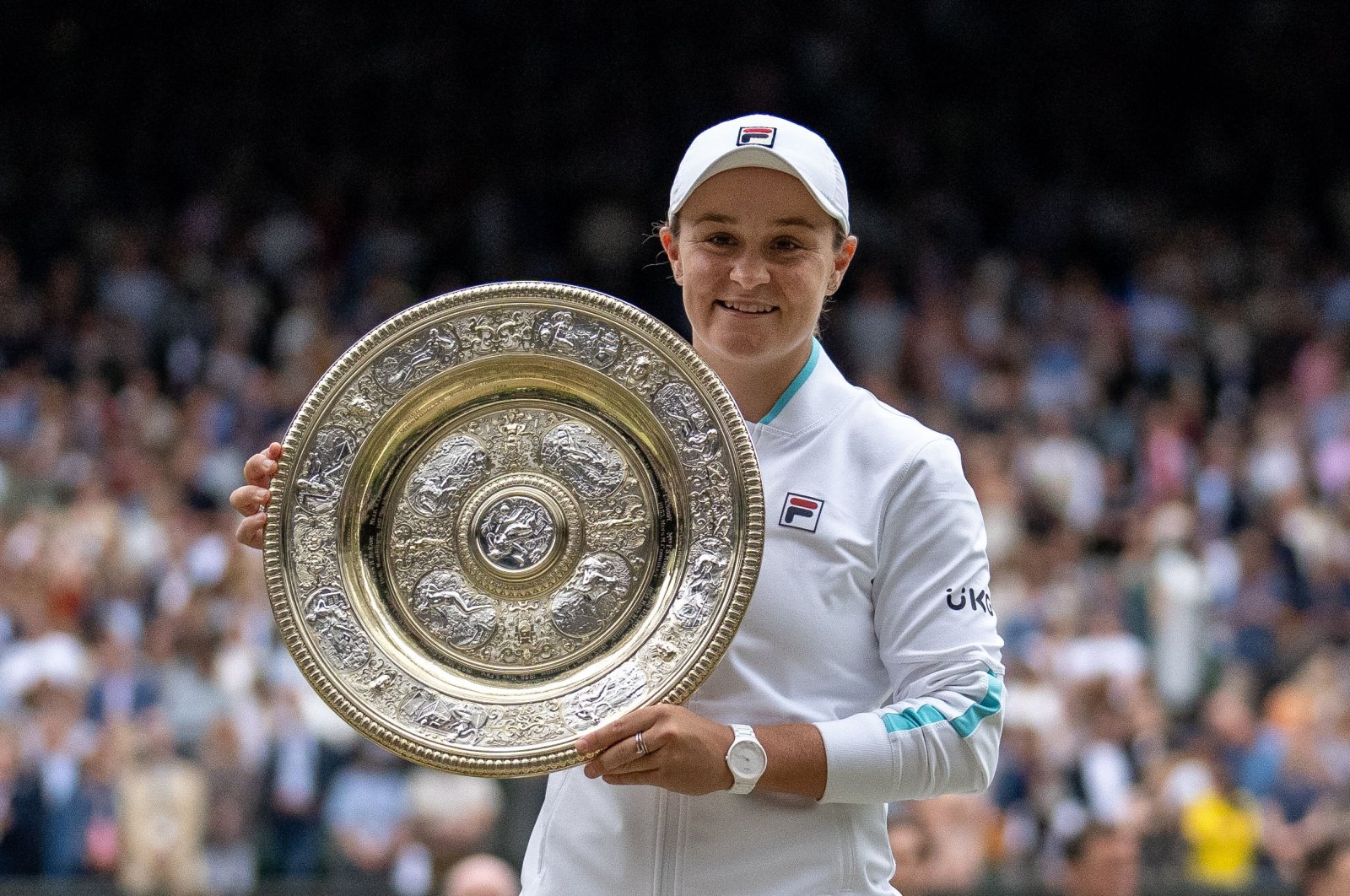 Australia was overjoyed as it hailed Ashleigh Barty's maiden Wimbledon title on Saturday.

Tennis great Evonne Goolagong said Barty's Wimbledon win made her more emotional than her own triumph at the grasscourt major 50 years ago.

Barty was a woman on a mission at Wimbledon this year and emulated Goolagong, with whom she shares indigenous Australian heritage, by beating Karolina Pliskova 6-3 6-7(4) 6-3 in the final.

"Everybody reacts differently when they win Wimbledon for the first time. It didn't hit me until later, because you turn numb. You're in shock, just as Ash was," Goolagong said in a video released by Tennis Australia Sunday.

"We were so excited. Now I see the other side ... my family, how they were when they were watching me win. They were jumping up, crying, screaming ... exactly what we were doing."

Wearing a scalloped-edged outfit in the style of Goolagong's 1970s kit, Barty said after her win that she hoped she had made her idol proud.

"Massive pride in our girl!," tweeted Freeman, who famously lit the cauldron at the 2000 Sydney Olympics and then became the first Aboriginal Australian to win an individual gold medal in the 400 meters.

"Congratulations @ashbarty! We are all so very proud of you."

Barty spoke with Goolagong before The Championships and said she was a role model to her.

"I think she has been iconic in paving a way for young indigenous youth to believe in their dreams and to chase their dream," said the world No. 1.

"She's done exactly that for me as well. Her legacy off the court is incredible."

Laver, the only player to win all four majors in the same season twice, noted it was "a wonderful follow up to Evonne's win on the 50th anniversary."

"So happy for you @ashbarty, your dream comes true and what a fight. Congratulations on your Wimbledon victory," he added.

Barty, who has Aboriginal heritage on her father's side, will now head to Tokyo for a crack at Olympic gold, where she will be a hot favorite, before turning her attention to the U.S. Open.

Even Australian pop royalty Kylie Minogue got in on in the act, simply tweeting: "ASSSSSSSSHHHHBAAAARRRTYYYYYYYY!!!"

Australian media called the down-to-earth Barty a "masterful performer" with the tabloid Sydney Daily Telegraph gushing that "the legacy Ash is creating is truly special".

"Olympic gold and a third slam title is more than achievable in the coming months," it added.

"But Ash must also ensure she takes the time to look after herself and her team."

The Australian broadsheet was equally effusive in its praise.

"Ash Barty dared to dream and had the courage and conviction to deliver a famous triumph on the biggest stage in tennis," it said.

"The most worthy of winners. A player universally respected and adored nationwide for her brilliance and sportsmanship."