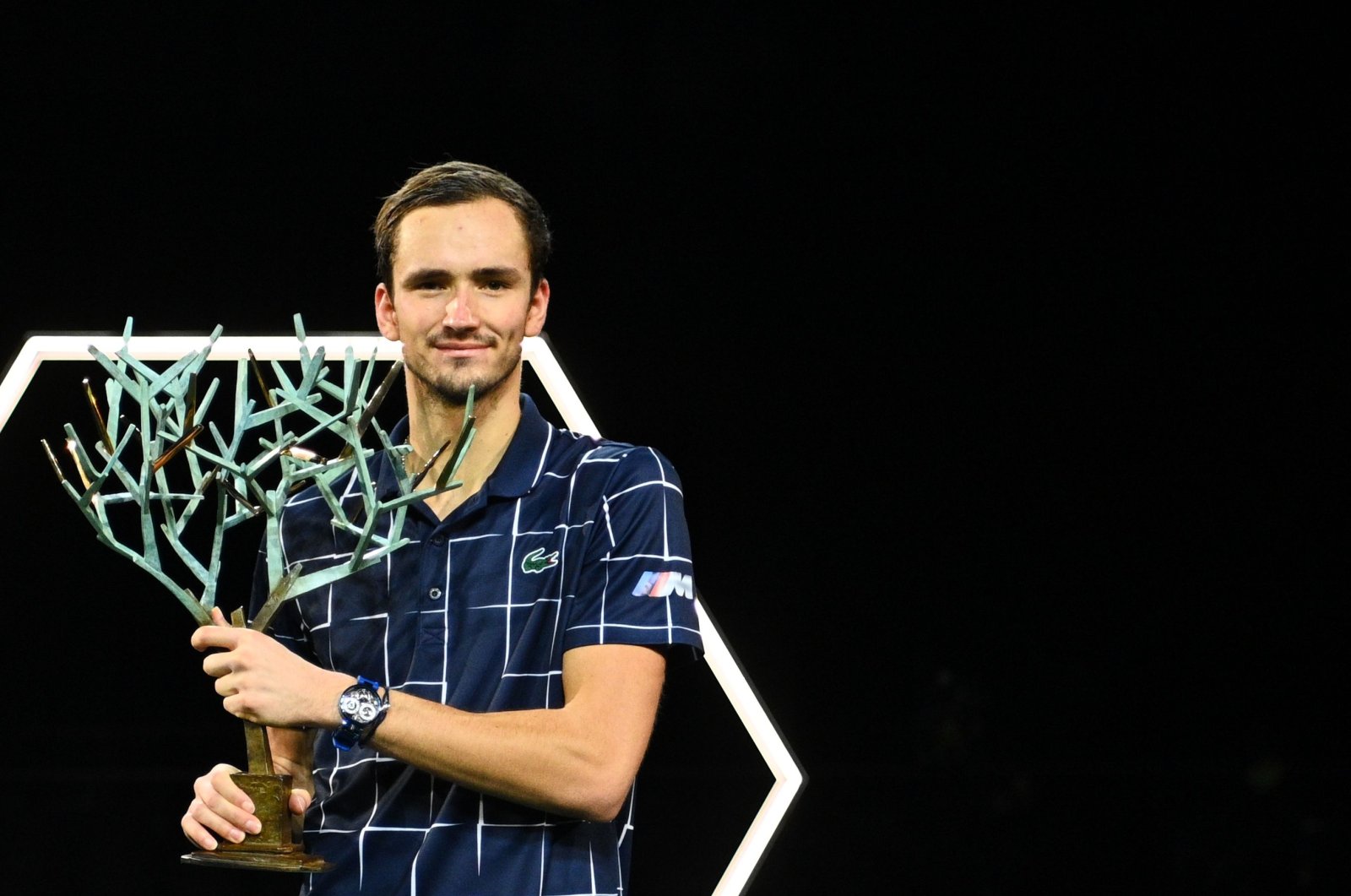 The Russian Medvedev moved up one spot at the expense of Swiss great Roger Federer after winning in Paris against seventh-ranked German Alexander Zverev.

Medvedev's 5-7, 6-4, 6-1 victory Sunday gave him his eighth career title and third at a Masters event.

"I managed to stay really strong, be there all the time," the third-seeded Russian was quoted as saying by the Associated Press (AP). "Putting pressure on him all the time, raising my level step by step, and finally he broke."

Medvedev's style of play is unspectacular – and not "wild" as Zverev put it afterward.

What he does well, however, is relentlessly chip away with flat, unerringly accurate strokes, punctuated by sudden accelerations of speed and whipped, fizzing forehands that always seem to land just in. Zverev, like many others before him, soon became exasperated and momentum quickly shifted.

"I'm really trying to make my opponent crazy," Medvedev said with a wry smile in his post-match interview.

It was just his second win against the fourth-seeded Zverev in seven matches. His previous victory against the imposing German was also in a Masters final last year in Shanghai.

The season shortened by the coronavirus pandemic ends with next week's eight-man ATP Finals in London.