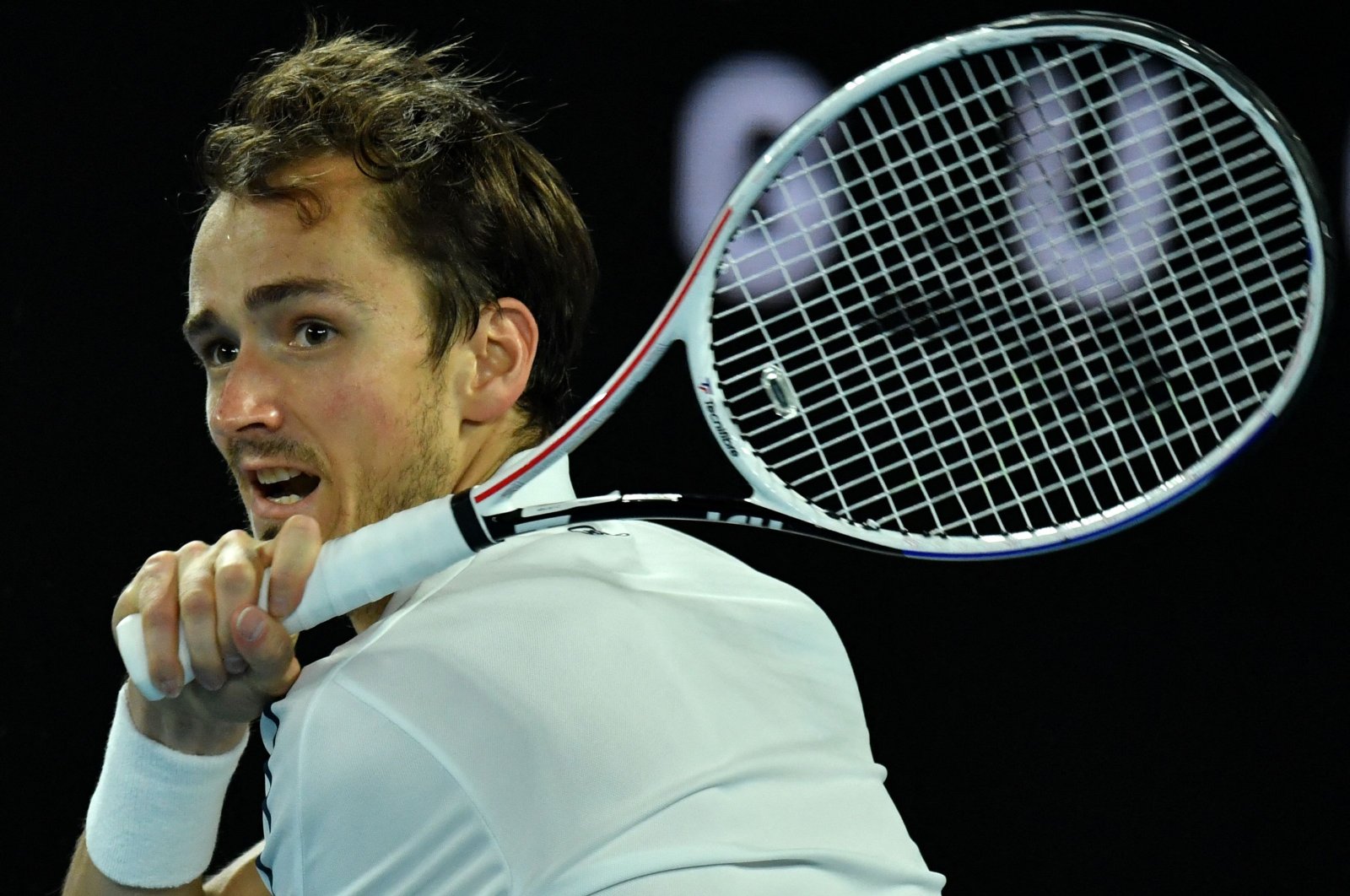 Russia's Daniil Medvedev lived up to Novak Djokovic's praise as the "man to beat" at the Australian Open as he booked his first Melbourne Park final with a 6-4 6-2 7-5 win over Stefanos Tsitsipas on Friday.

The rangy Medvedev wrapped the Greek fifth seed in a blanket of pressure under the lights of Rod Laver Arena, capturing his 20th successive victory to have a shot at ending Djokovic's dynasty in Sunday's decider.

Fourth seed Medvedev served like a machine until broken in the third set, which revived the Greek fans in the terraces as Tsitsipas roared to a 5-4 lead.

But the Russian silenced the crowd with the decisive break in the 11th game, then sealed a dominant win when he rushed forward on match point to whack a booming forehand into the corner.

"I'm happy to manage to keep my nerves because still, I didn't make so many bad shots," Medvedev said on the court of his anxious third set.

"So happy that I managed to keep my calmness.

"I just tried to hit aces and winners or put the ball in the court. That's the only way to do (it).

"That's how I stayed in the match."

World number one Djokovic, who beat another Russian in qualifier Aslan Karatsev, will be a formidable opponent for Medvedev in his second Grand Slam final.

Serbian Djokovic is bidding for a record-extending ninth Australian Open title and has never lost a final in Melbourne.

For Tsitsipas, the defeat was not quite as bitter as his 2019 semi-final demolition by Rafa Nadal, when he exited Melbourne Park shell-shocked.

Yet he paid the price for another slow start, with Medvedev doing what Nadal could not in his five-set quarter-final loss to Tsitsipas this week -- slamming the door on the Greek's revival.

"I think for sure he was tired after the match with Rafa," said Medvedev. "I saw that as soon as I was moving him around the court it was not easy for him ... That became my strategy straight away."

After a cagey start on a muggy evening at Rod Laver Arena, Medvedev barged through Tsitsipas's defenses to break in the fifth game.

Tsitsipas battled to stay in touch and saved three set points before the Russian thumped an ace down the 'T' to seal it.

With arms sprawling, Medvedev soaked up all Tsitsipas could throw at him and, after a few rope-a-dope rallies, fired a sizzling forehand winner down the line to break the Greek to lead 2-1 in the second set.

Tsitsipas retired to his chair fuming and slammed a bottle of water onto the court, triggering a squadron of towel-toting ball kids to mop up the spillage.

Medvedev marched on, raising three break points at 4-2, and with a touch of arrogance rocketed a return down the line to break.

The Russian was soon strolling back to his chair two sets up after bashing an ace on the first of three set points.

Tsitsipas's struggles became uncomfortable viewing for some people in the crowd and a few jeers rang out when he was broken in the opening game of the third.

Medvedev motored on to a 3-1 lead and was cruising to the finish line until, inexplicably, his serve wavered.

He double-faulted to gift breakpoints and dropped serve with a wild forehand, jolting the crowd into life.

A rejuvenated Tsitsipas surged back as Medvedev's baseline rockets misfired.

While the Russian's serve had kept Tsitsipas at bay, it was his returning that proved decisive when he broke the Greek at 5-5.

After sending a blazing backhand passing shot down the line, Medvedev waved his arms at the pro-Tsitsipas crowd, happy to play the villain in an echo of his run to the 2019 U.S. Open final.

He closed out the match with a 208 km/hr second serve that Tsitsipas could only chop short, allowing Medvedev to jog forward and fire the winning forehand.

Djokovic, the real "man to beat" at Melbourne Park, awaits.