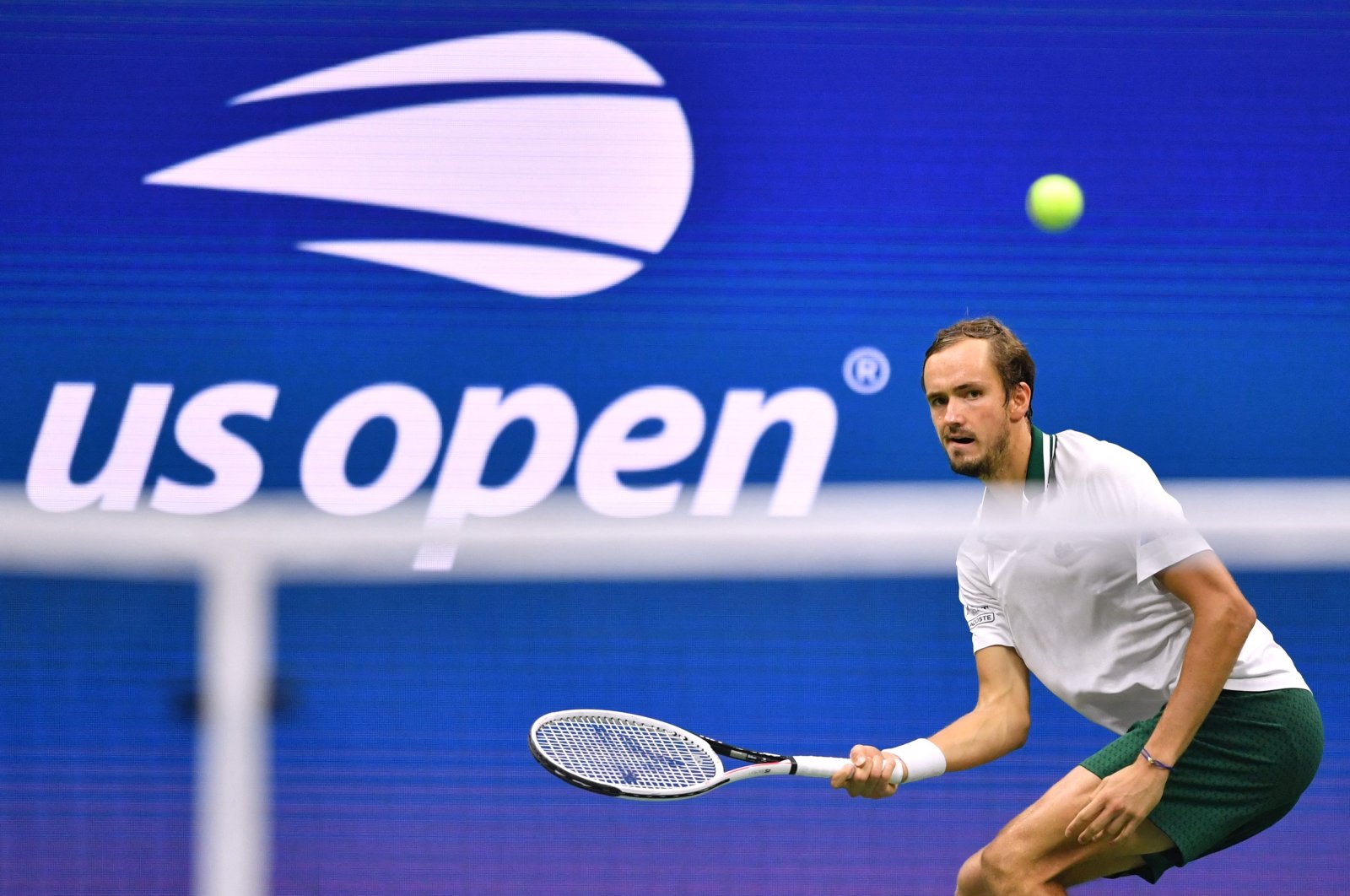 Medvedev defeated British 24th seed Daniel Evans 6-3, 6-4, 6-3, making his fourth trip to the last eight in the past five Grand Slams as he chases his first Slam title.

Medvedev, who lost this year's Australian Open final to Novak Djokovic and the 2019 U.S. Open final to Rafael Nadal, has not dropped a set in four matches.

"Now I just want to make it to the finals again to have another thing to remember, and hopefully a better one," Medvedev said.

"I don't really have words for it," Van de Zandschulp said. "Played so many matches. Some of them I was on the brink of defeat but I pulled through and won them."

He also matched the best showing by any U.S. Open qualifier, last-eight runs by Frenchman Nicolas Escude in 1999 and Gilles Muller of Luxembourg in 2008.

"First time for me in America and it feels great," said Van de Zandschulp, who wondered how his homeland was reacting to his run.

"No one expected me to reach the quarterfinals," he said. "I think they are amazed and hopefully proud."

An Evans double fault handed Medvedev a break for a 3-1 lead and the Russian held three times to take the first set.

After trading second-set breaks to 3-3, the Russian broke at love in the seventh game and held out from there.

In the third set, Medvedev broke on a forehand winner in the third game and took the final eight points, holding and breaking at love for the match.

"I just tried to use all my trainings from back home," Fernandez said. "They told me take it point by point. I was glad I was able to execute it."

Fernandez, who turns 19 on Monday, advanced to a first Slam quarterfinal against Tokyo Olympic bronze medalist Elina Svitolina, the fifth seed from Ukraine.

"That's going to be a very tough match," Fernandez said. "She returns a lot of balls. She's aggressive. I'm just going to go on court and try to keep doing what I've been doing."

But the Spaniard could not convert three set points in the 10th game of the second set and Krejcikova then came back strong after a medical timeout off the court to treat what she told the umpire was trouble with her diaphragm.

Muguruza, apparently annoyed by the time Krejcikova took between points during the remainder of the match, offered a chilly handshake at the net and departed before Krejcikova, breathing hard, made her way from the court escorted by a trainer and doctor.

The Spaniard will face Canadian 12th seed Felix Auger-Aliassime, who beat American Frances Tiafoe 4-6, 6-2, 7-6 (8/6), 6-4, with one of the two assured of playing his first Grand Slam semifinal.