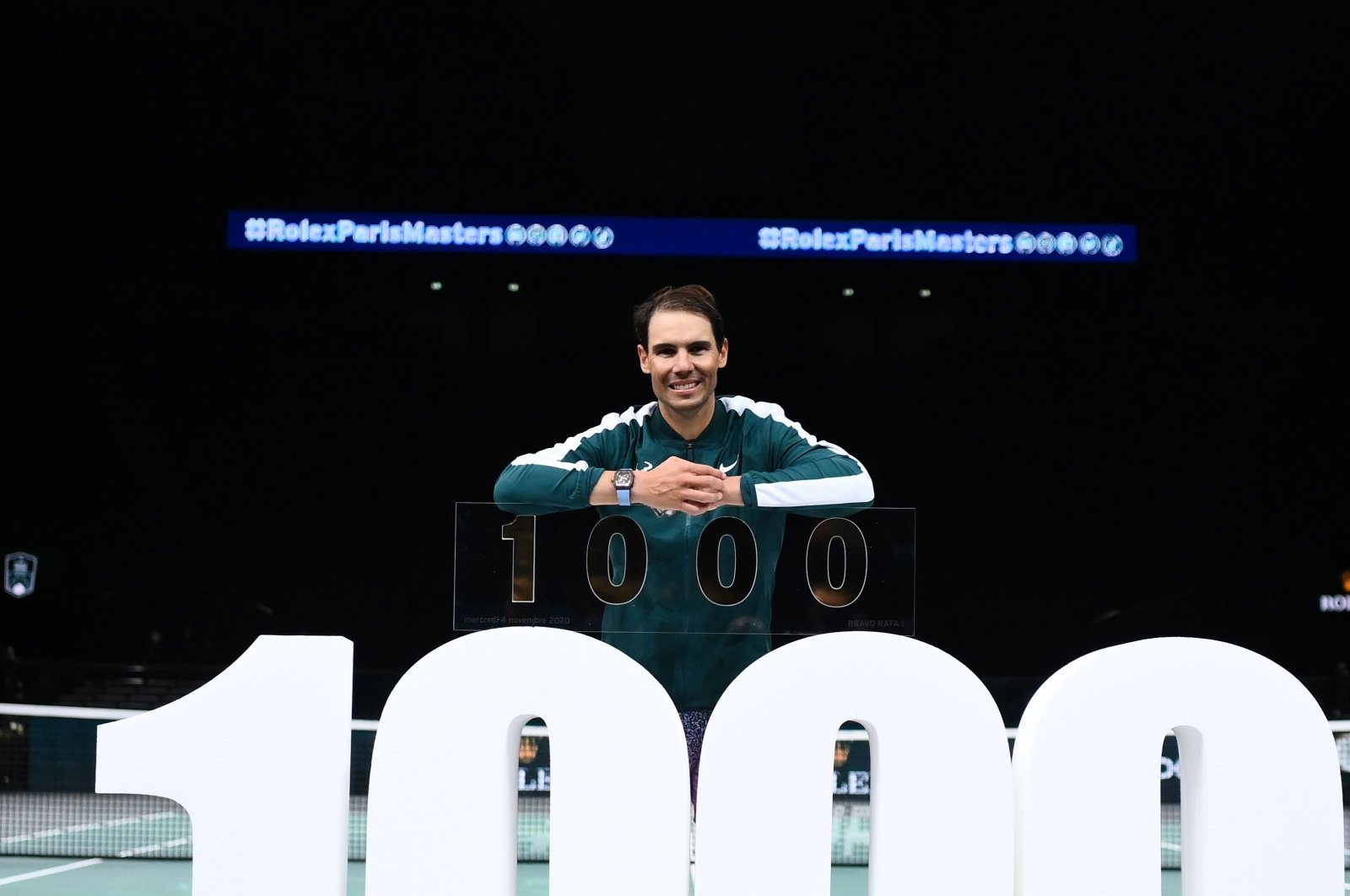 Becoming only the fourth man to reach 1,000 match wins should have drawn deafening cheers and a standing ovation for tennis great Rafael Nadal.

Instead, he reached his milestone amid a cathedral-like silence Wednesday in a 20,000-seater stadium left completely empty because of the coronavirus pandemic. There was only a fist-bump from Feliciano Lopez after Nadal beat him 4-6, 7-6 (5), 6-4 in a subdued atmosphere more worthy of a library study area than a sports arena.

“The real feeling, the personal feeling is completely different,” Nadal said. “It makes a big difference that the court is empty.”

“I know it is a very special number, 1,000,” Nadal said. “Even if it’s not the same to celebrate something like this without a crowd.”

Nadal smiled as he posed at the net with the number 1,000 displayed on the court in a brief ceremony and then walked off the center court like after any other match.

It was the second milestone he reached in Paris this year, having won the French Open last month to tie Federer on 20 majors. But while 1,000 fans cheered him at Roland Garros, none were at the Bercy Arena.

The 34-year-old’s first win came in May 2002 at the age of 15, when he beat Paraguayan Ramon Delgado in the first round at Mallorca.

A year later, the 16-year-old Nadal stunned the tennis world by beating French Open champion Albert Costa under floodlights in the second round at the Monte Carlo Masters.

By the age of 24, he had already reached 500 wins. His career tally also includes 35 Masters titles and 86 tournament victories overall.

The 39-year-old Lopez won his first meeting back in 2003 and had beaten Nadal four times overall. He had 22 aces and troubled a sluggish Nadal, who failed to convert six break points in the second set but broke immediately at the start of the third.

“I started the match the worst way possible, especially against a big server like Feli,” Nadal said. “After that, I played under a lot of pressure the rest of the match, but I found a way.”

Nadal, who has never won this tournament, next plays Jordan Thompson of Australia, who upset 15th-seeded Croat Borna Coric 2-6, 6-4, 6-2.