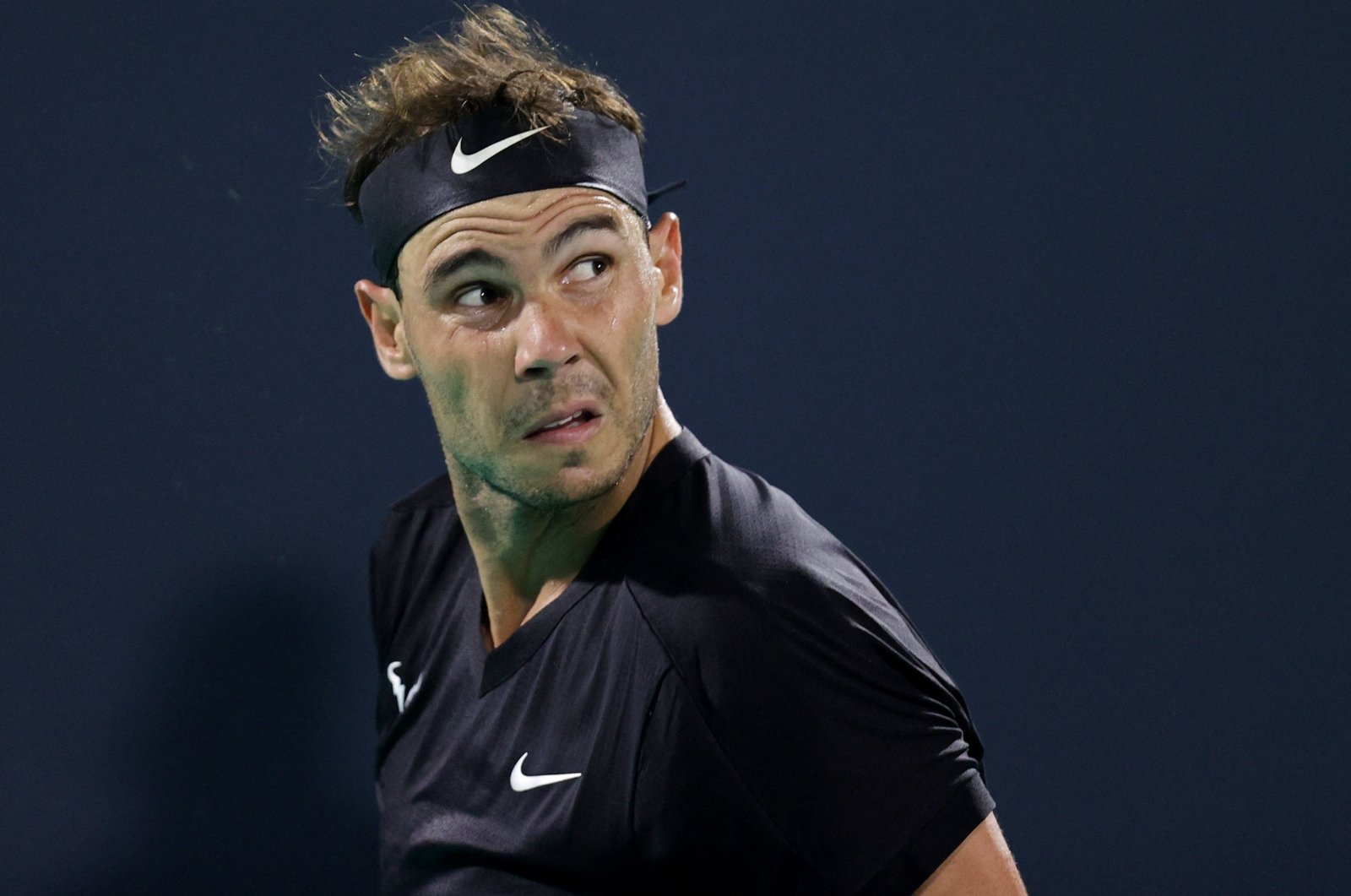 'Where is Peng Shuai?' messages banned at Australian Open

Spanish tennis superstar Rafael Nadal has tested positive for COVID-19 after participating in an exhibition tournament in Abu Dhabi.

Nadal, who was expected to play in the Australian Open next month, confirmed the news Monday and said he was isolating.

The former world No. 1 said he took the test upon his return to Spain from the Gulf.

"I am going through some unpleasant moments but I trust that I will improve little by little. I am now confined at home and have informed the people who had been in contact with me," he wrote on Twitter.

"As a consequence of the situation, I have to have total flexibility with my calendar and I will analyse my options depending on my evolution," he added.

"I will keep you informed of any decisions about my future tournaments."

The 35-year-old had been due to fly to Melbourne later this month to compete in an ATP event ahead of the Australian Open which begins at Melbourne Park on Jan. 17.

The 20-time major champion has struggled with a foot injury for the past six months – forcing him to miss both Wimbledon and the U.S. Open.

Nadal lost to another former world No. 1 Andy Murray in an exhibition match earlier Friday in Abu Dhabi, his first match since August.

He then lost to Wimbledon semifinalist Denis Shapovalov of Canada on Saturday.

It was the first time Nadal was seen in a match since a defeat to Lloyd Harris in Washington in early August at the Citi Open.

Despite missing almost half the season, he finished 2021 ranked No. 6 in the world after picking up two titles in Barcelona and Rome and making the semifinals at the French Open and the quarters at the Australian Open.

During the tournament on Friday in Abu Dhabi, Nadal was photographed talking to Spain's former King Juan Carlos I, without wearing a face mask.

It was a rare public appearance for the 83-year-old since he went into exile in the United Arab Emirates (UAE) in August 2020 following graft allegations.

Nadal said he was regularly tested in Abu Dhabi, and the results were always negative. His last test there was on Friday, and he received the results on Saturday.

'Where is Peng Shuai?' messages banned at Australian Open