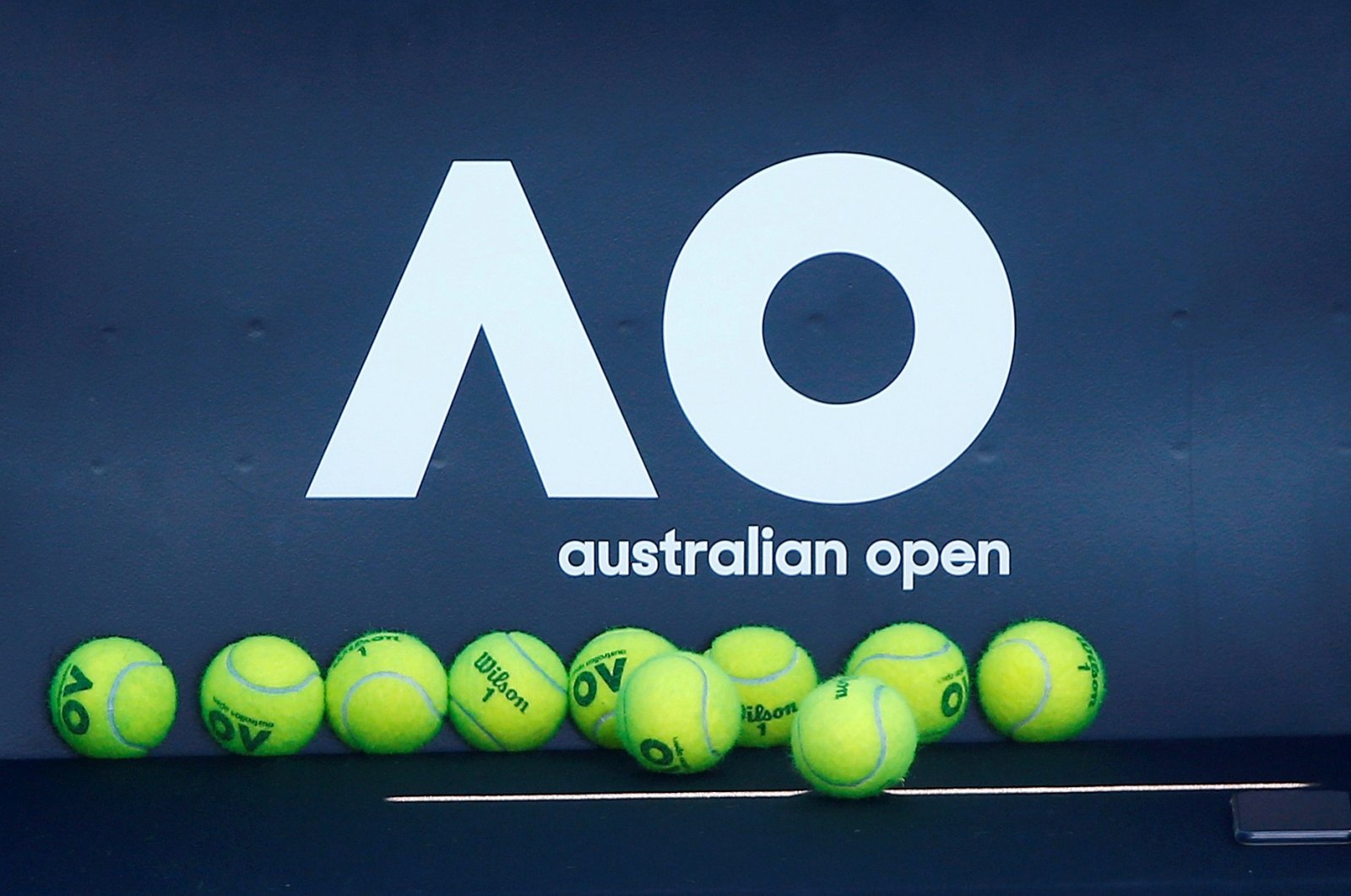 Tennis balls are pictured in front of the Australian Open logo before the tennis tournament, in Melbourne, Australia, Jan. 14, 2018. (Reuters Photo)
by Agencies Jan 14, 2021 10:16 am
RECOMMENDED

World No. 2 Rafael Nadal and last year's Australian Open finalist Dominic Thiem have both suffered setbacks with their coaches unable to make the trip Down Under for the year's first tennis Grand Slam.

Nadal's coach Carlos Moya said he would not be traveling to Australia due to the strict health restrictions.

"After speaking with Rafa, we have decided that I won't travel to Australia with the team," Moya, a former world No. 1, said on social media.

"I will follow the tournament from home and will stay with my family, parents and kids due to the delicate situation that Spain is living with the virus. Best of luck to the team," he said in remarks carried by Reuters.

Players and officials have to undergo a mandatory 14-day quarantine on arrival in Australia before they participate in warmup events from Jan. 31 at Melbourne Park, where the major will be held from Feb. 8-21.

Nadal, U.S. Open champion Thiem, ranked No. 3 in the world, and defending Australian Open winner Novak Djokovic will be among top players quarantining in Adelaide and then head to Melbourne for the team-based ATP Cup and the Grand Slam.

Thiem's coach Nicolas Massu of Chile was not on the flight to Australia, having tested positive for the coronavirus.

"Before we took off, we received the surprising message from Nicolas Massu that he had a positive test," Thiem's ​​father Wolfgang was quoted as saying by Austria's Kurier daily.

"Nico will be tested again in a few days. We hope that he will be negative then and he will be able to follow suit soon," he said.

With restrictions on arrival in Australia, it was unlikely that Massu, a former top 10 player, could be part of Thiem's team at Melbourne Park.

Thiem, who lost to Djokovic in the 2020 final, will train with fellow Austrian player Dennis Novak during the quarantine period when the players are allowed five hours outside their hotel rooms to prepare for the major.

Meanwhile, tennis chiefs insisted U.S. player Tennys Sandgren was not a coronavirus risk after he sparked a flurry of concern by tweeting he'd boarded a flight for the Australian Open despite testing positive.

The world No. 50 is among more than 1,200 players and support staff arriving in Australia from Thursday for 14 days' quarantine ahead of the delayed Grand Slam.

Sandgren sent out a series of tweets before his departure from Los Angeles, initially saying he tested positive Monday and would miss his flight.

It was his second positive result, having originally been diagnosed with COVID-19 in November.

But an hour later, he said: "Wow I'm on the plane. Maybe I just held my breath too long. Craig Tiley is a wizard."

Tiley, the Australian Open tournament director, has spent months trying to deal with the logistical nightmares of hosting the Grand Slam during a pandemic.

Tennis Australia said players were only allowed into Australia with proof of a negative COVID-19 test prior to departure, or with approval as a recovered case at the discretion of the Australian government.

"In the case of Tennys Sandgren, who has self-disclosed that he previously tested positive in late November, his medical file had to be reviewed by Victorian health authorities," it said, according to Agence France-Presse (AFP). "Upon completion of that review he was cleared to fly."

But in a country that largely has the coronavirus under control, it caused jitters on social media where Sandgren was a top trending topic. Melbourne only emerged from months of lockdown in October.

"We're nervous enough about tennis players flying in & being irresponsible – please don't joke about this," tweeted one person.

Other added: "Imagine ruining an international tournament and putting a country of millions at risk for Tennys Sandgren."

Sandgren later tweeted to clarify: "My two tests were less than (eight) weeks (apart). I was sick in November, totally healthy now. There's not a single documented case where I would be contagious at this point. Totally recovered!"

Players are due to touch down in Melbourne on chartered planes from seven cities, although the game's biggest stars, including Djokovic, Nadal and Serena Williams, will arrive in Adelaide and quarantine there.

They will have to stay in their hotel rooms for 19 hours a day, allowed out only to practice and train for five hours in strict bio-secure bubbles.

Tiley on Wednesday insisted the risks were not high.

"Every one of these players will be coming into Australia into a 14-day quarantine program," he told Australia's Channel Nine.

"They'll all be tested prior to getting on a plane on flights that we are administering, there's no one else on those flights. When they arrive they will be tested again and again before they can move into a modified (quarantine) program," he said.

Despite the quarantine, Tiley said he expected virtually all the top players to make the trip with a handful of exceptions, including injured Swiss great Roger Federer and world No. 25 John Isner, who pulled out over the COVID-19 restrictions.