Nick Kyrgios withdraws from US Open over virus concerns 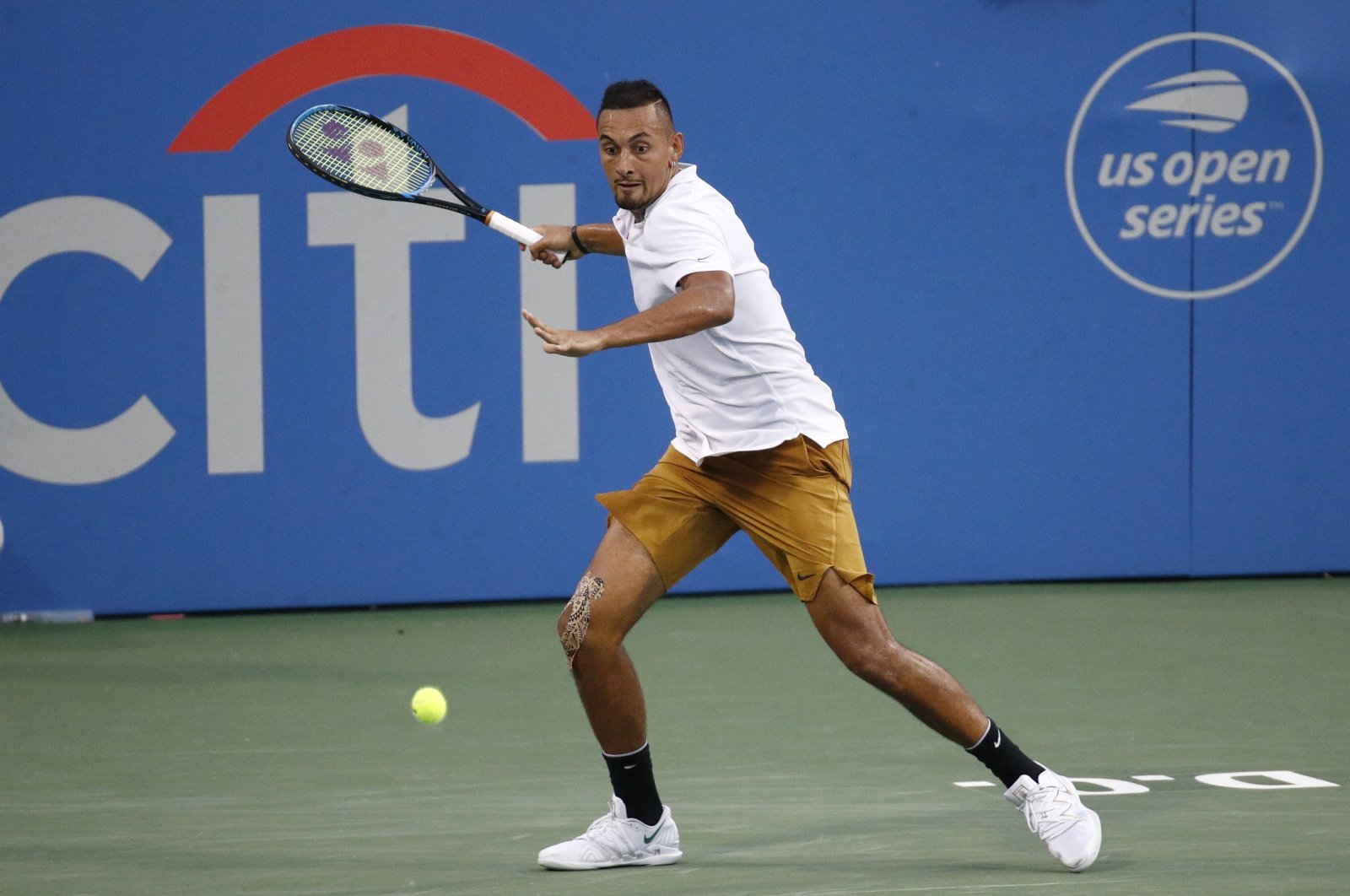 An emotional Nick Kyrgios pulled out of the U.S. Open Sunday, for "the hundreds of thousands of Americans who have lost their lives," while pleading with players who attend to not be selfish and act responsibly.

"Dear Tennis, I will not be playing this year at the U.S. Open. It hurts me at my core," Kyrgios, who has consistently called out fellow competitors for not taking the virus seriously enough, said in a video posted on Twitter.

"But I'm sitting out for the people, for my Aussies, for the hundreds of thousands of Americans who have lost their lives, for all of you."

More than 150,000 people have died from COVID-19 in the U.S., with over 4.5 million infections since the beginning of the pandemic.

The outspoken player, ranked just 40 but a major drawcard, last month blasted the ATP as "selfish" for pressing ahead with plans for the U.S. Open, which is scheduled to start on August 31.

He tempered criticism of organizers in a passionate letter read during the video, saying he had "no problem" with it being held, citing the need to keep people such as restaurant workers, cleaners and locker room attendants in work.

But Kyrgios had strong words for some of the top names in the game, in a veiled jab at those who took part in Novak Djokovic's recent ill-fated Adria Tour exhibition, where there was minimal social distancing and players went nightclubbing.

"Tennis players, you have to act in the interests of each other and work together," said the Australian.

"You can't be dancing on tables, money-grabbing your way around Europe or trying to make a quick buck hosting an exhibition – that's just so selfish.

"Think of the other people for once, that's what this virus is about. It doesn't care about your world ranking or how much money you have in the bank. Act responsibly."

Djokovic, Grigor Dimitrov, Borna Coric and Viktor Troicki all tested positive for COVID-19 after the Adria Tour and Kyrgios has since waged a running battle with some of those who played, including Alexander Zverev and Dominic Thiem, blasting their "stupidity" and risky behavior.

The U.S. Tennis Association (USTA) on Friday said they were confident in their safety plans for the event, which will take place in a bubble quarantine setting without spectators.

The tennis season has been at a standstill since mid-March due to the virus outbreak worldwide, with Wimbledon canceled for the first time since World War II.

Calendars have been reshuffled with the WTA tour scheduled to restart on Monday in Palermo, Italy, although a player, who has not been officially identified, tested positive for coronavirus and pulled out.

The men are set to get back underway at the Western and Southern Open, a tune-up event for the U.S. Open from August 20-28 in a quarantine environment without spectators at Flushing Meadows.

World number one Djokovic, the reigning Wimbledon and Australian Open champion, and second-ranked Rafael Nadal, the current U.S. Open champion, were among entries for that event, signaling their likely intent to play the Grand Slam.