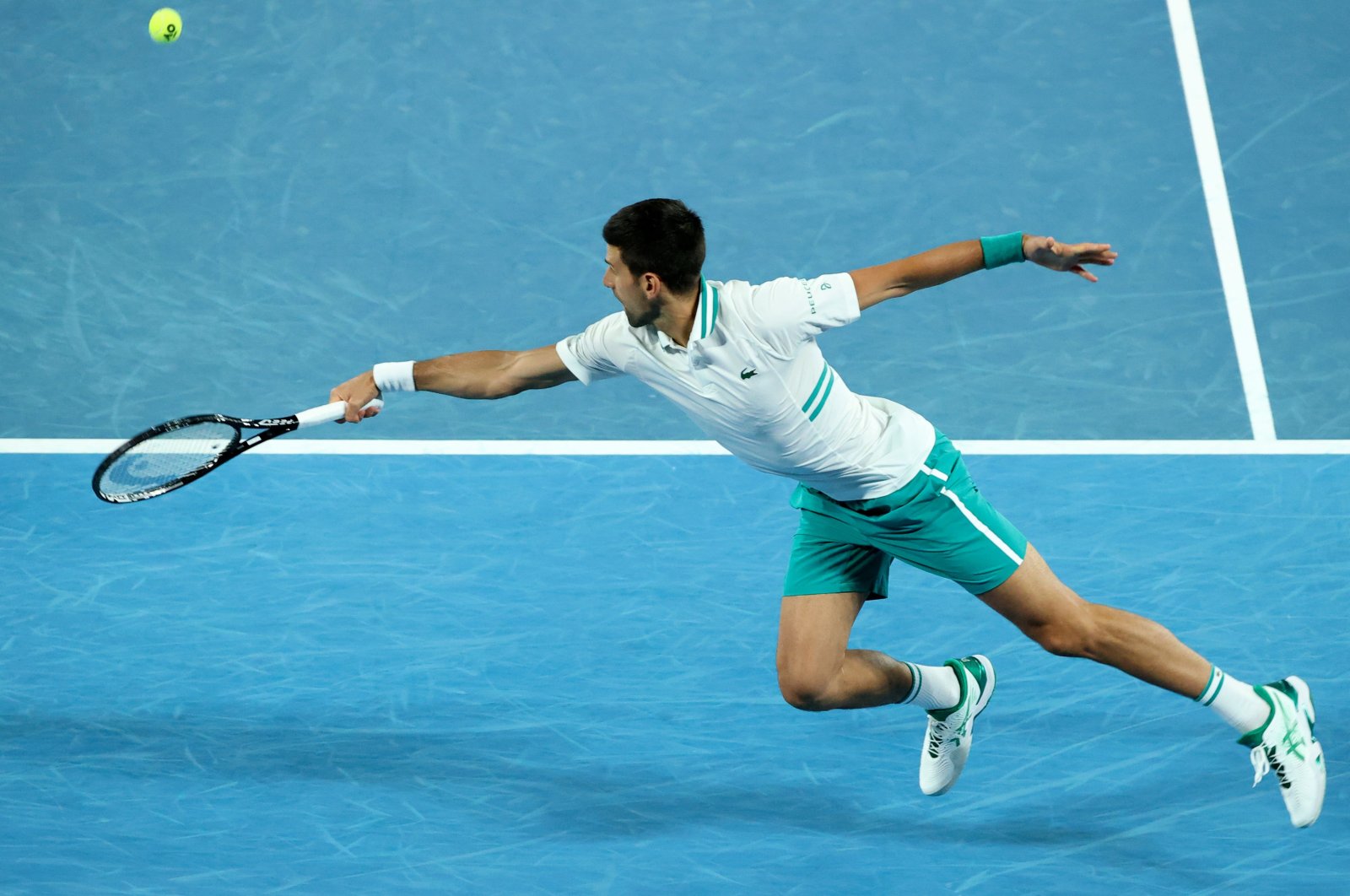 Eight-time winner Novak Djokovic fought through what he had described as a tournament-ending injury to beat Milos Raonic and reach the Australian Open quarterfinals on Sunday.

Naomi Osaka and Serena Williams survived scares to go through, but U.S. Open champion Dominic Thiem was a major casualty when he fell to Bulgaria's Grigor Dimitrov.

Simona Halep avenged her crushing French Open defeat by Polish teenager Iga Swiatek to set up a meeting with Williams, while Taiwan's Hsieh Su-wei reached her first Slam quarterfinal at the age of 35.

However, the 17-time Grand Slam winner said he had spent "every single hour" since Friday's win trying to recover and wasn't sure he would play until he warmed up before the match.

"If it was any other tournament than a Grand Slam I would retire from the tournament, that's for sure," said Djokovic, who becomes just the second player after Roger Federer to win 300 Grand Slam matches.

"But because it's a Grand Slam, I want to give my best alongside my team to try to recover and get on the court."

Earlier, Japan's Osaka edged a thriller with fellow major-winner Garbine Muguruza, and Williams came through a physical test against Aryna Sabalenka to maintain her bid for a record-equaling 24th Grand Slam title.

In an empty Rod Laver Arena, with fans barred on the second day of a five-day, statewide coronavirus lockdown, Osaka was on the verge of elimination at 3-5, 15-40 on her serve in the third set. But the three-time major champion rattled off four points in a row and then twice broke Muguruza's serve to prevail 4-6, 6-4 and 7-5.

"I felt like I was intimidated because she was playing so well," said Osaka, after her first meeting with last year's beaten finalist.

"On the stressful points, I had to play within myself."

Osaka now faces an all-Asian quarterfinal with Hsieh, who beat Marketa Vondrousova 6-4, 6-2 to reach her first Slam quarterfinal in 16 years of trying.

Williams, 39, was also meeting Sabalenka for the first time and had to weather an onslaught from the Belarusian to reach the last eight 6-4, 2-6 and 6-4.

"I knew it wasn't going to be easy, she was teeing off on every shot," said the American, who will play Halep in the quarterfinals.

But a fatigued-looking Thiem, coming off a five-set win over Australia's Nick Kyrgios, slumped in straight sets to Dimitrov who took it 6-4, 6-4 and 6-0 in just over two hours.

Dimitrov's victory against Thiem, the third seed and last year's runner-up, sets up a quarterfinal with surprise package Aslan Karatsev, who is into the last eight on his Grand Slam debut.

"Whether it's a fairytale or not, it's a match and you've got to be ready," Bulgaria's Dimitrov said of the unheralded Russian.

"I've seen a little bit of his matches, clearly he's a dangerous player."

Karatsev beat Felix Auger-Aliassime in five sets to become the first player in 25 years to reach the quarterfinals on his Grand Slam debut.

"I knew she would hit strong, but after the first set I tried to make her run and she started to miss," said the Romanian.