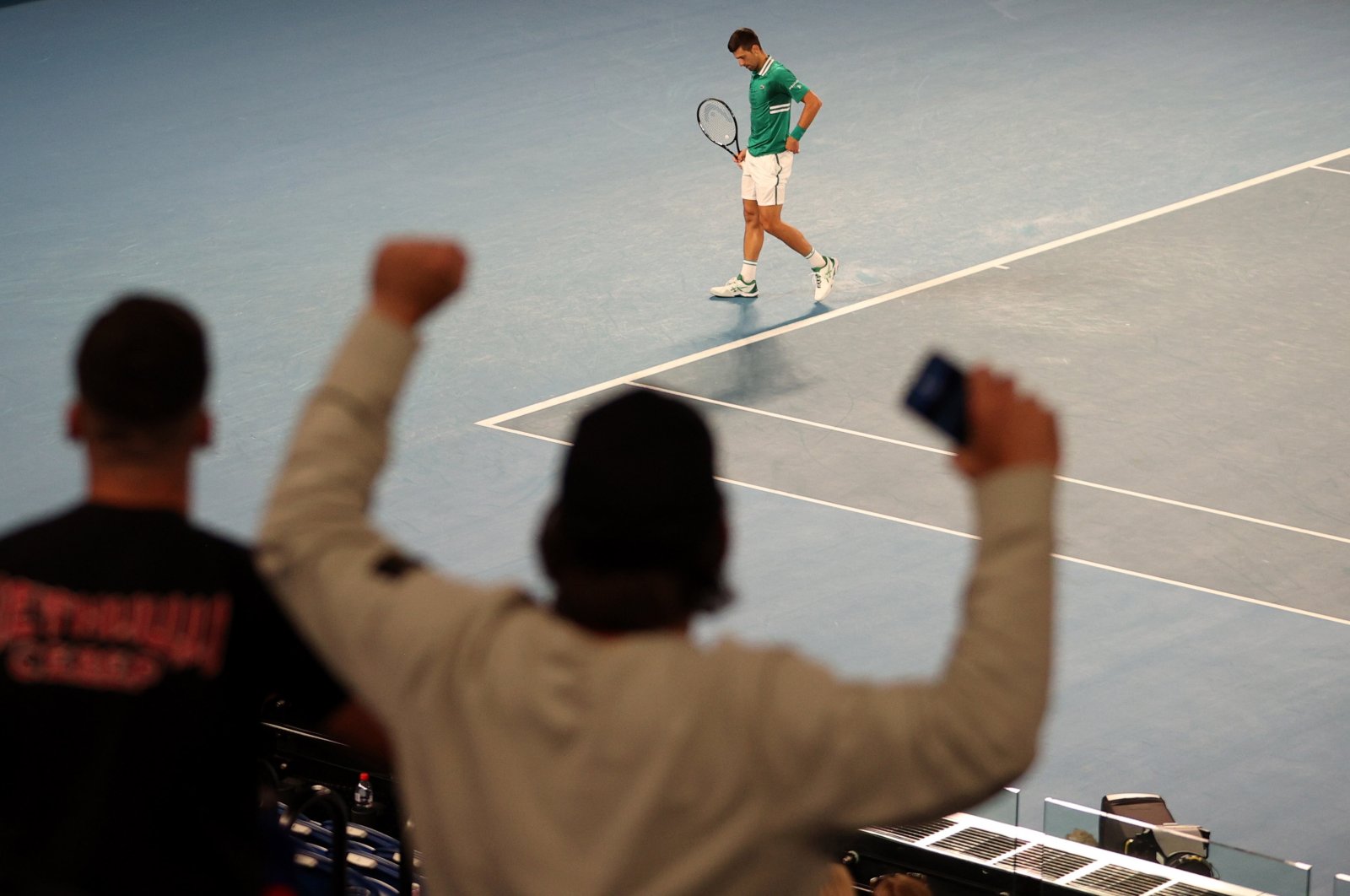 The lockdown across Victoria state from midnight was ordered out of fear a small outbreak of the "hyper-infectious" U.K. strain of the virus would undo Australia's so-far successful battle to contain the pandemic, Victoria state Premier Daniel Andrews said.

It dealt another blow to the year's first Grand Slam, which started three weeks late to allow international players to quarantine and had already welcomed tens of thousands of socially distanced fans in the biggest crowds seen in tennis since the pandemic.

Under the lockdown restrictions, people will only be allowed to leave their homes for a limited number of "essential" activities like shopping and exercise, and public gatherings were prohibited. Face masks are mandatory when outside the home.

"These restrictions are all about making sure that we respond appropriately to the fastest-moving, most infectious strain of coronavirus that we have seen," Andrews told a hastily organized press conference Friday after the number of cases linked to a quarantine hotel at Melbourne airport rose overnight.

"I am confident that this short, sharp circuit-breaker will be effective," Andrews said. "We will be able to smother this."

"The players have all been very good about it. They understand. They have been through a rigorous program already," he added.

The problems at the Australian Open, the biggest international sports event so far this year, underline the difficulties of holding the much more complex Tokyo Olympics, which are due to start in July after a year's delay.

Play at six warm-up tournaments in Melbourne was also suspended for a day last week when a worker tested positive at one of the official hotels.

American star Serena Williams only learned of the new measures when she came off court after a 7-6 (7/5), 6-2 third-round win over Russia's Anastasia Potapova.

"It's rough. It's going to be a rough few days for everyone," said the 23-time Grand Slam singles champion.

"It's not ideal – it's been really fun now with the crowd back. But at the end of the day we have to do what's best.

"Hopefully we'll be all right."

Players also stayed in a "bubble" environment at last year's U.S. Open in New York, which went ahead behind closed doors, and the delayed French Open. Wimbledon was canceled for the first time since World War II.

"It's a tough one," said Spanish two-time major-winner Garbine Muguruza, after her 6-1, 6-1 win over Zarina Diyas.

"I'm happy that the tournament is going to go on. I'm sad, of course, that the crowd will not be there for the next few days. Hopefully, after we will have (that) again."

The latest announcement comes just as the tournament was showing signs of life, following a tepid start with attendances well below even their reduced-capacity maximum.

The lockdown will quickly pose challenges on Friday, as high-profile players including world number one Novak Djokovic, U.S. Open champion Dominic Thiem and Australian showman Nick Kyrgios are due to play matches Friday night with the restrictions looming.

Spectators may notably face a scramble to be home before the midnight lockdown takes effect, with play frequently continuing into the early hours.