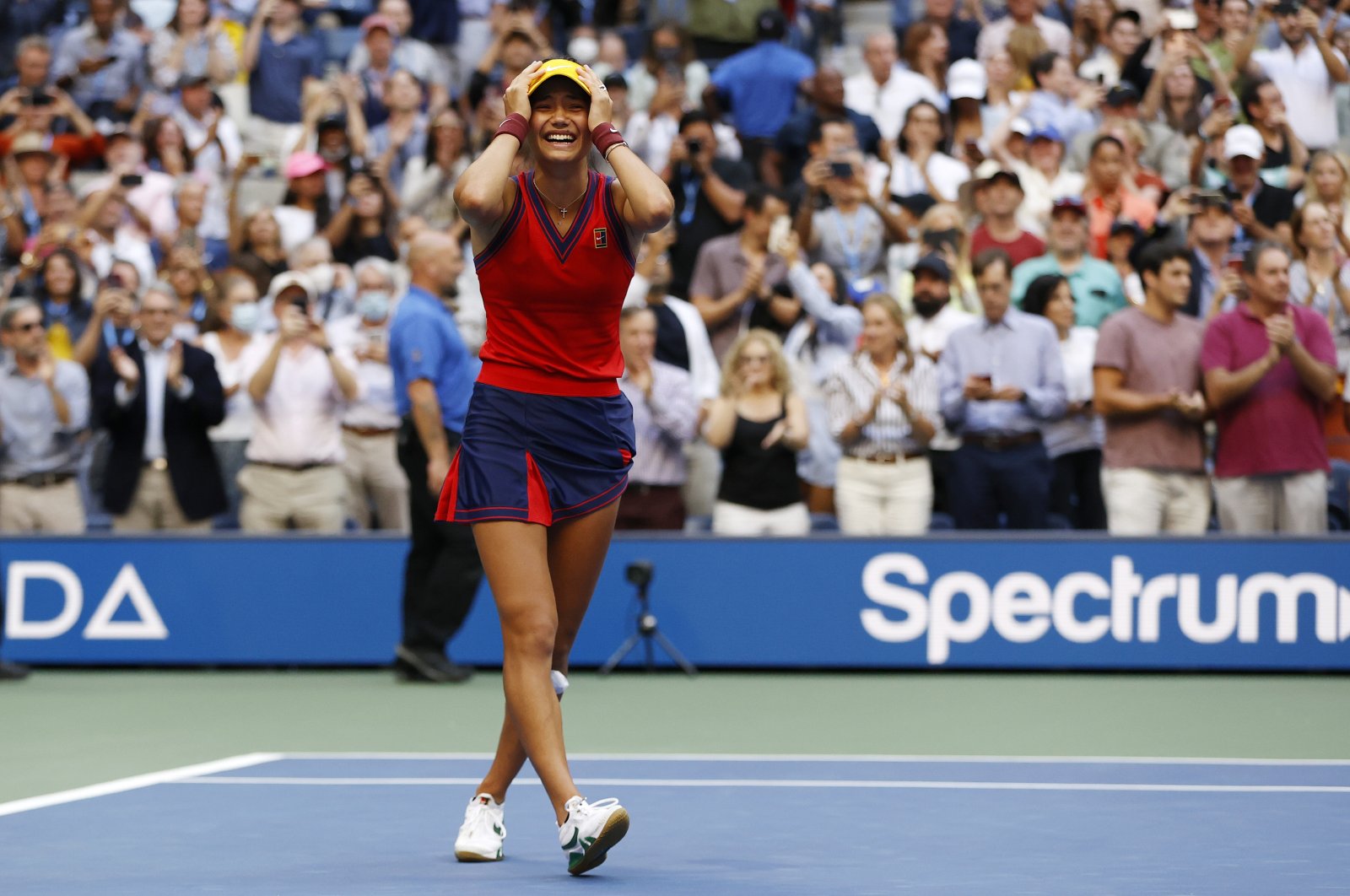 British teen Emma Raducanu has jumped 127 spots in the WTA rankings to a career-high No. 23 after completing a dream qualifier-to-champion run at the U.S. Open.

The 18-year-old from Britain began the year ranked 345th, rose to 179th in July by reaching Wimbledon's fourth round in her Grand Slam debut and arrived at Flushing Meadows at 150th. Then Raducanu won all 20 sets she played across 10 victories – three in qualifying and seven in the main draw – to become the youngest woman to win a major championship since Maria Sharapova was 17 at Wimbledon in 2004.

Raducanu is the first qualifier to win a Grand Slam title.

The player she beat 6-4, 6-3 in the final Saturday, 19-year-old Leylah Fernandez of Canada, also made a big jump in the rankings, going from 73rd to a career-best 28th.

Karolina Pliskova is now No. 3, and Elina Svitolina is No. 4 after each moved up a spot by getting to the quarterfinals in New York.

No. 1 Novak Djokovic is still comfortably ahead of No. 2 Daniil Medvedev in the ATP rankings after Medvedev beat Djokovic 6-4, 6-4, 6-4 in the U.S. Open men's final Sunday. That prevented Djokovic from becoming the first man since Rod Laver in 1969 to complete a calendar-year Grand Slam – and from breaking the men's career record of 20 major titles he currently shares with Roger Federer and Rafael Nadal.

Asked whether he might adjust his schedule to try to overtake Djokovic by the end of the season, Medvedev replied, “I think, honestly, it’s almost impossible.”

“That’s not my first goal in my mind – to try to achieve it this year,” said Medvedev, a 25-year-old from Russia who was the runner-up to Djokovic at this year's Australian Open and to Nadal at the 2019 U.S. Open. “If I manage to do it one day, it’s great.”

Two players who made their major quarterfinal debuts at the U.S. Open made substantial jumps: South Africa's Lloyd Harris rose 15 spots to No. 31, and Spain's 18-year-old Carlos Alcaraz went up 17 spots to No. 38.