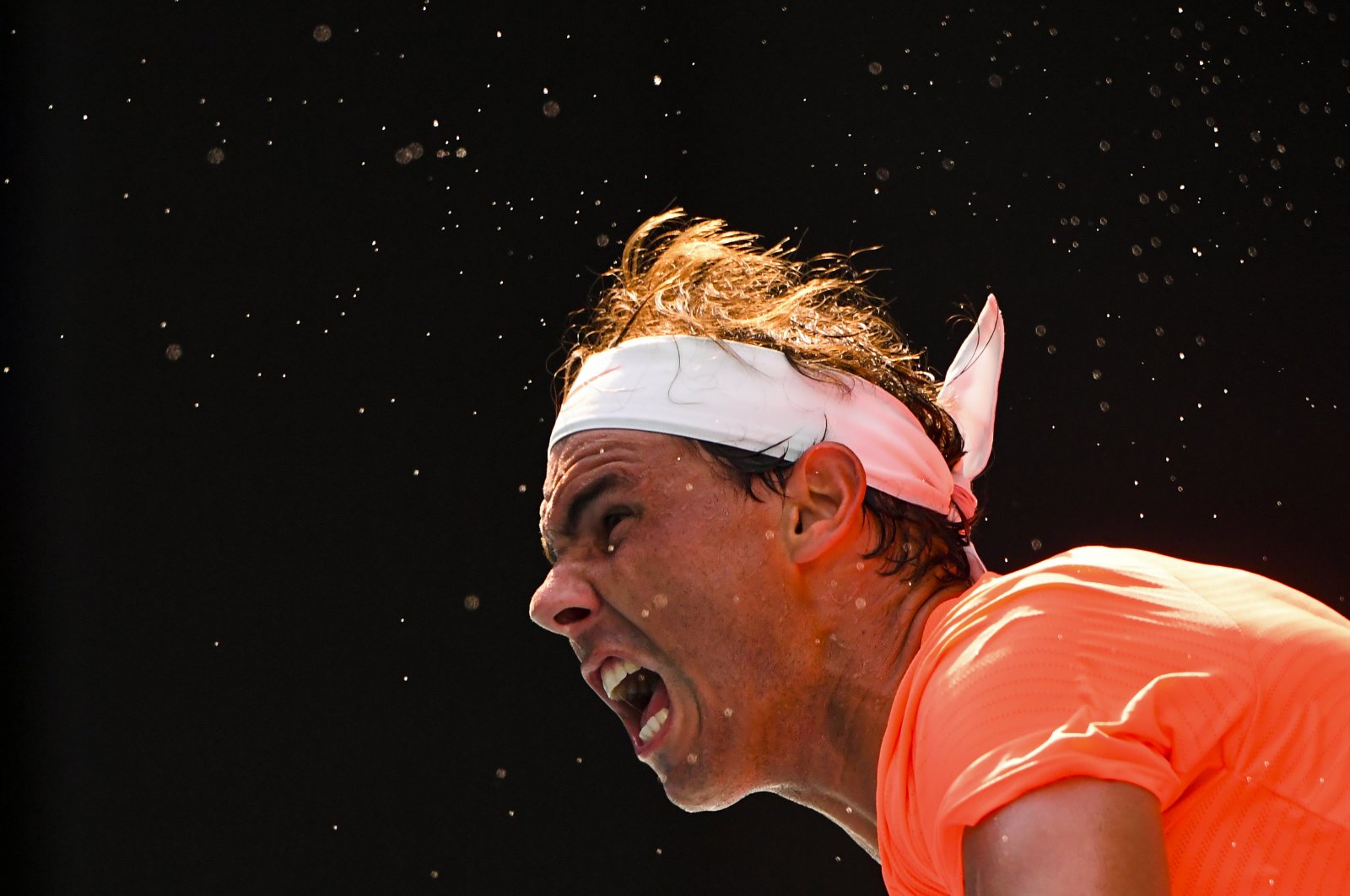 Rafael Nadal put his old rival Fabio Fognini to the sword to reach the Australian Open quarterfinals and move within three wins of the all-time Grand Slam titles record on Monday.

The Spanish great was 1-1 with the flamboyant Italian in Grand Slams, but he was never seriously troubled in his 6-3, 6-4, 6-2 win over Rod Laver Arena.

Nadal is now into his 43rd Grand Slam quarterfinal, staying on course for a title match with eight-time winner Novak Djokovic who battled through an abdominal injury to reach the last eight on Sunday.

"I'm happy to be in the quarterfinals today – that means a lot to me, it's positive stuff," said Nadal, who is targeting a record 21st men's Grand Slam singles crown.

Next up for Nadal is Greece's world No. 6 Stefanos Tsitsipas, who went through on a walkover after Italy's Matteo Berrettini pulled out with an abdominal strain.

World No. 1 Ashleigh Barty's defensive mastery flummoxed big-hitting Shelby Rogers as she stormed into the Australian Open quarterfinals to heighten hopes of a first home winner in 43 years.

The Australian was ruthless in her 6-3, 6-4 victory over the in-form Rogers in one hour and 11 minutes in the fourth round at a crowd-less Rod Laver Arena.

Barty, who is aiming to become the first Australian champion since Chris O'Neil in 1978, plays 25th seed Karolina Muchova in the quarterfinals after the Czech beat 18th seed Elise Mertens 7-6 (7/5), 7-5.

"I love playing at home and sharing this with my friends and family," said Barty, who hit 21 winners.

"She's a player that can take the game away from you very quickly, so I needed my running shoes on," she said of Rogers, the world No. 57.

The Melbourne tournament remained fan-free for a third day on Monday during a five-day lockdown in Victoria State to curb a coronavirus outbreak.

As the action continued in front of empty stands, unseeded American Jessica Pegula reached her maiden Grand Slam quarterfinal with victory over Elina Svitolina, her first over a top-10 player.

"I can't get more confident – it is my best result yet and I'm playing good tennis and today was a hard-fought win," said Pegula, 26.

"Jen (Brady) is an awesome person. She's a great person," Pegula added. "She was texting me, 'I'm so happy, I'm so proud. This is awesome.'"

Rublev, who is also unbeaten this year, went through when Norway's Casper Ruud retired after losing the first two sets.

The 22-year-old Norwegian had reached the last 16 at a Slam for the first time – emulating his father, Christian, who achieved the same feat at the 1997 Australian Open.

With qualifier Aslan Karatsev already through to face Grigor Dimitrov in the top half of the draw, it means there will be three Russian men in the last eight of a Slam for the first time since the Open era began in 1968.