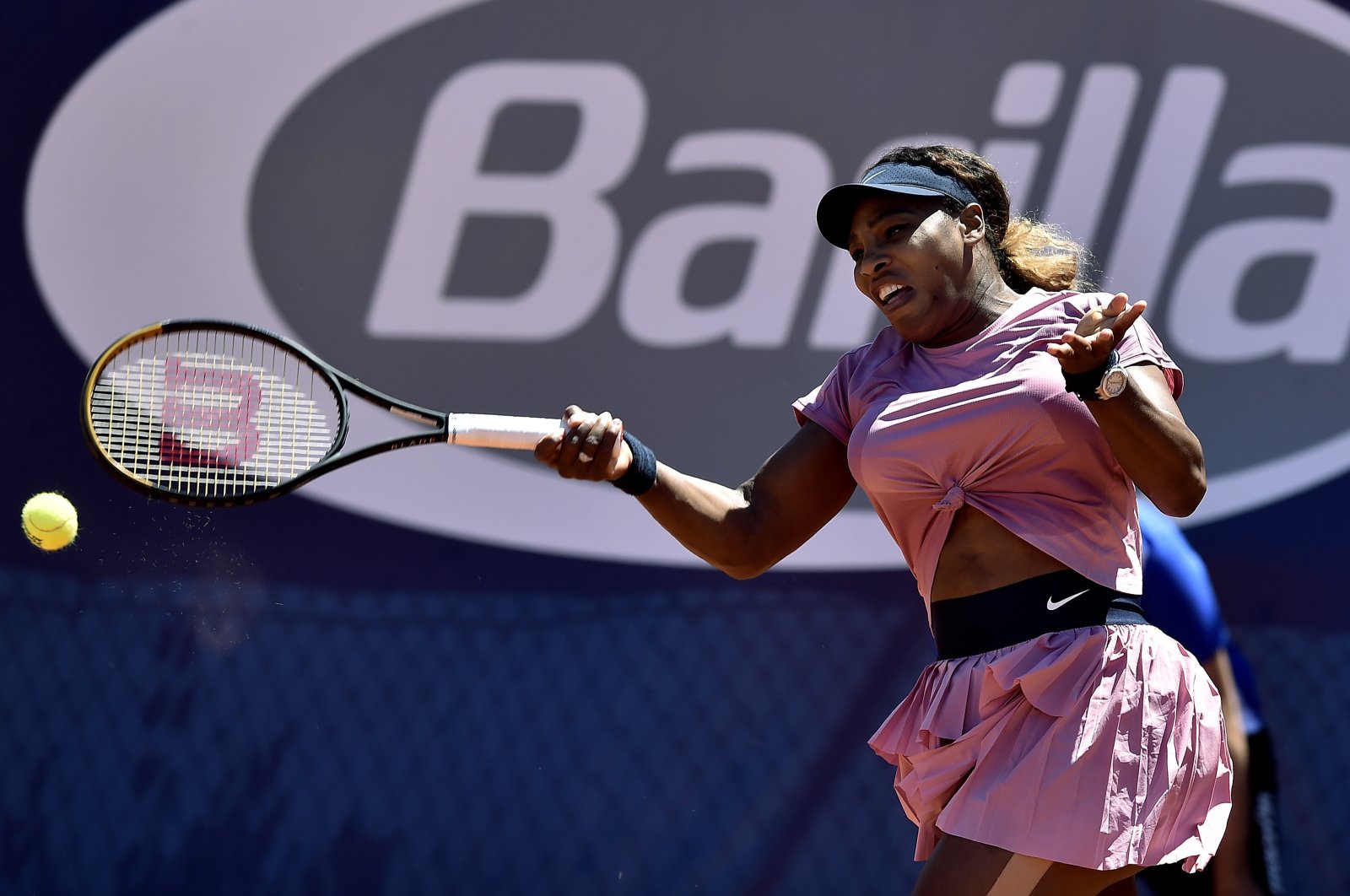 Serena Williams of the United States returns the ball to Italy's Lisa Pigato during their match at the Emilia Romagna Open tennis tournament, in Parma, Italy, May 17, 2021. (AP Photo)
by Associated Press May 17, 2021 5:40 pm
RECOMMENDED

Serena Williams beat 17-year-old qualifier Lisa Pigato 6-3, 6-2 in the first round of the Emilia-Romagna Open Monday, marking her first victory in more than three months.

Williams, who accepted a wild-card invitation for the Parma tournament after losing her opening match at the Italian Open last week, dominated after dropping her serve in the opening game.

“I’m just starting to feel more comfortable. I’ve always felt super comfortable on the clay and this year has been a little more difficult than normal," said Williams, who served six aces. "I think it was because of the long hiatus I’ve had (from) the clay.”

Williams hadn’t won since beating Simona Halep in the Australian Open quarterfinals in February. She was eliminated from the year’s first Grand Slam tournament by Naomi Osaka in the semifinals.

After some time off, Williams then lost in straight sets in Rome to Nadia Podoroska, a French Open semifinalist last year.

Williams is preparing for Roland Garros, which starts in two weeks. Her previous win on clay came in the first round of last year’s tournament in Paris.

It was the first WTA match for Pigato and the 1,001st for Williams, a 23-time Grand Slam champion.

Pigato asked Williams to pose for a photo with her on court immediately after the match ended.

“It was really cool and gutsy,” Williams said. “She’s going to look back (in) years and be like, ‘Well, this was my first match.’ I wish I had done that with my first match, it would have been really cool.”