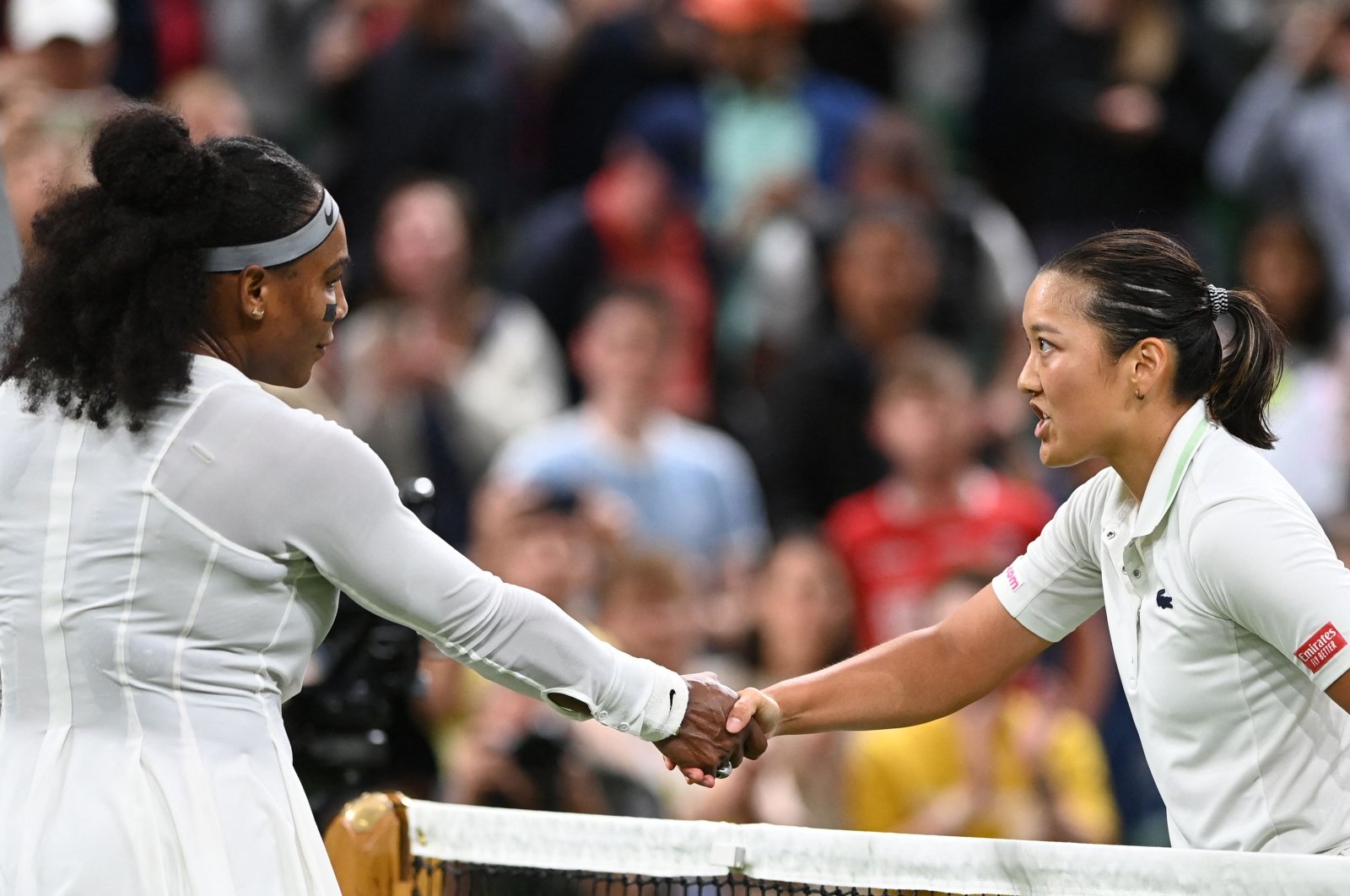 U.S. veteran Serena Williams' return to singles tennis at Wimbledon was cut short Tuesday as Rafael Nadal survived an early scare to go through to the second round.

Earlier on day two of the Championships, title contender Matteo Berrettini was forced to pull out with the coronavirus while women's top seed Iga Swiatek extended her winning streak to 36 matches.

Seven-time champion Williams went down to unseeded Harmony Tan of France 7-5, 1-6, 7/6 (10/7) in her first singles encounter since an injury forced her out of her first-round match at Wimbledon last year.

Williams, 40, won the last of her Wimbledon singles titles six years ago but reached the final in 2018 and 2019.

"I'm so emotional now," said Tan. "She's a superstar. When I was young, I was watching her so many times on the TV.

"For my first Wimbledon, it's wow – just wow.

"When I saw the draw, I was really scared. She's such a legend. I thought if I can win one game, two games, that would be really good for me."

Williams was far below her imperious best Tuesday, struggling from the start with her form and fitness.

The 23-time Grand Slam singles champion, cheered by the crowd as she made her entrance, lost the first set but broke early in the second set and went on to level the match.

But she faltered while serving for the match and faded badly in the third-set tie-break after taking a 4-0 lead.

She finished with 61 winners but 54 unforced errors in the 3-hour, 11-minute evening match.

The two-time Wimbledon champion, who has not played at the tournament since 2019, thanked the crowd for their wholehearted support.

"It's not a surface that we play very often, and especially in my case, for different reasons, the past three years I didn't put any foot on a grass court, so it always takes a while," said Nadal, 36.

"It was my first match and as I know, every day is a test and today was one of these important tests."

The Spaniard appeared to be coasting to victory when he took a two-set lead but his Argentine opponent found a new level, winning the third set and going a break up early in the fourth.

But from 4-2 down the second seed found an extra gear, winning the next four games to seal the match in a little over three and a half hours, roared on by the Center Court crowd.

The 22-time Grand Slam champion played the entire French Open with his troublesome left foot anesthetized but he has received treatment since then and was moving well Tuesday.

Canada's Felix Auger-Aliassime, who took Nadal to five sets at the French Open, crashed out of the tournament at the hands of American Maxime Cressy.

Poland's world No. 1 Swiatek, who has won her past six tournaments – coasted into the second round with a routine 6-0, 6-3 victory against Croatian qualifier Jana Fett.

There were also straightforward wins in the women's draw for 2019 champion Simona Halep and fourth seed Paula Badosa.